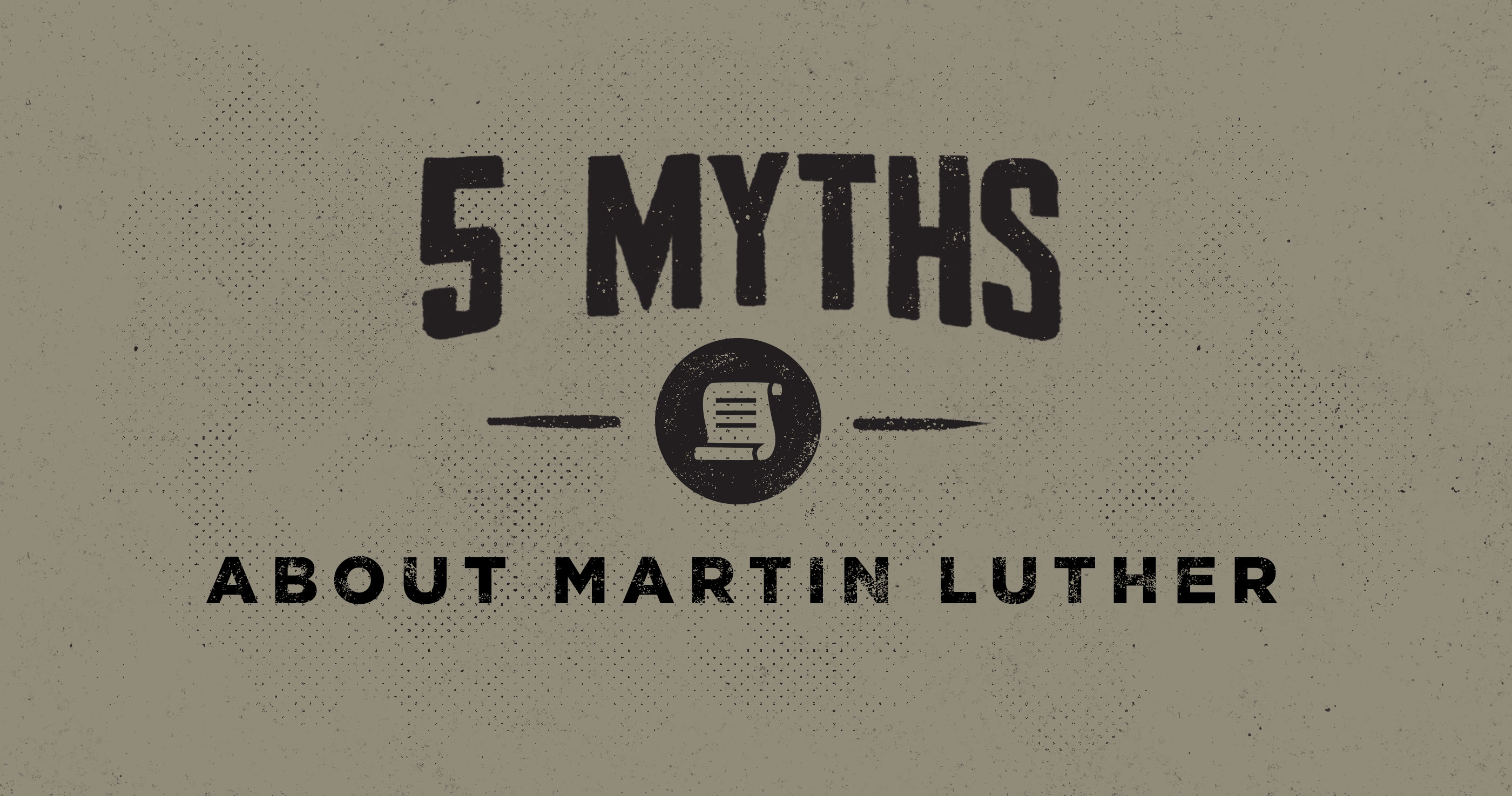 Myth #1: Luther was a simple monk.

Over the centuries, biographies on Luther have created an image of him being a simple monk who unexpectedly found a Bible and, out of despair and uncertainty, published Ninety-Five Theses. This makes for a good story of an unlearned, poor boy standing up against the rich establishment, but things were a little different. Luther was a very learned professor of theology. He was well-trained in philosophy and had an extremely profound knowledge of the Bible. He knew what he was doing and what he could expect on and after October 31, 1517.

Myth #2: Luther personally nailed the Ninety-Five Theses to a door in Wittenberg.

It is such an impressive thought to imagine this monk hammering away at the door of the castle’s chapel in Wittenberg. The scene is highlighted in books and movies on Luther, but unfortunately, the story is a myth. There is no evidence that he did such, and Luther never mentioned that he himself posted the Ninety-Five Theses—let alone nailed them to that door.

Even if he would have wanted to post them himself, Luther wouldn’t have been permitted to do so. In most schools and churches today, you cannot just affix your posters and other messages on the bulletin board until you ask the janitor for permission. Well, the same was true in Wittenberg. The janitor of the university was responsible for posting messages on that chapel door—essentially the public bulletin board.

That said, Luther did write the Ninety-Five Theses . . . but it was the janitor who posted them. And perhaps using glue rather than nails.

He knew what he was doing and what he could expect on and after October 31, 1517.

Travel to Wittenberg today and you can purchase a pair of socks printed with the words: “Here I stand!” The statement encapsulates the moment in 1521 when Luther stood before Emperor Charles V and refused to recant his words and opinions. It is widely believed that Luther then said: “Here I stand, I can do no other, God help me. Amen.”

The problem is that we find these words only in later versions of the report of this moment. It is most likely that they were inserted to strengthen Luther’s message. Though it proved effective to that end (and for modern sock sellers) this, unfortunately, is also a myth.

Myth #4: Luther was the first to translate the Bible into German.

Perhaps Luther’s greatest accomplishment was the the Luther Bible. In a very short period of time while in hiding in Wartburg, he translated the New Testament, and then later, the Old Testament. However, it is a myth that Luther was the first one ever to translate the Bible into German. There were, in fact, at least eighteen German translations of the whole Bible when he began his work. The quality and success of Luther’s translation, however, meant that the other eighteen translations were soon forgotten.

Myth #5: Luther said something about planting a tree.

Luther has often been quoted as saying: “Even if I knew that Christ would return tomorrow, I would plant an apple tree today.” These are great words of confidence, action, and expectation—but Luther never uttered them.

Many years ago a German Luther society offered a reward for the person who could prove where Luther made this statement. The reward was never claimed. While it is a beautiful sentiment, it has not been proven that Luther actually expressed it.