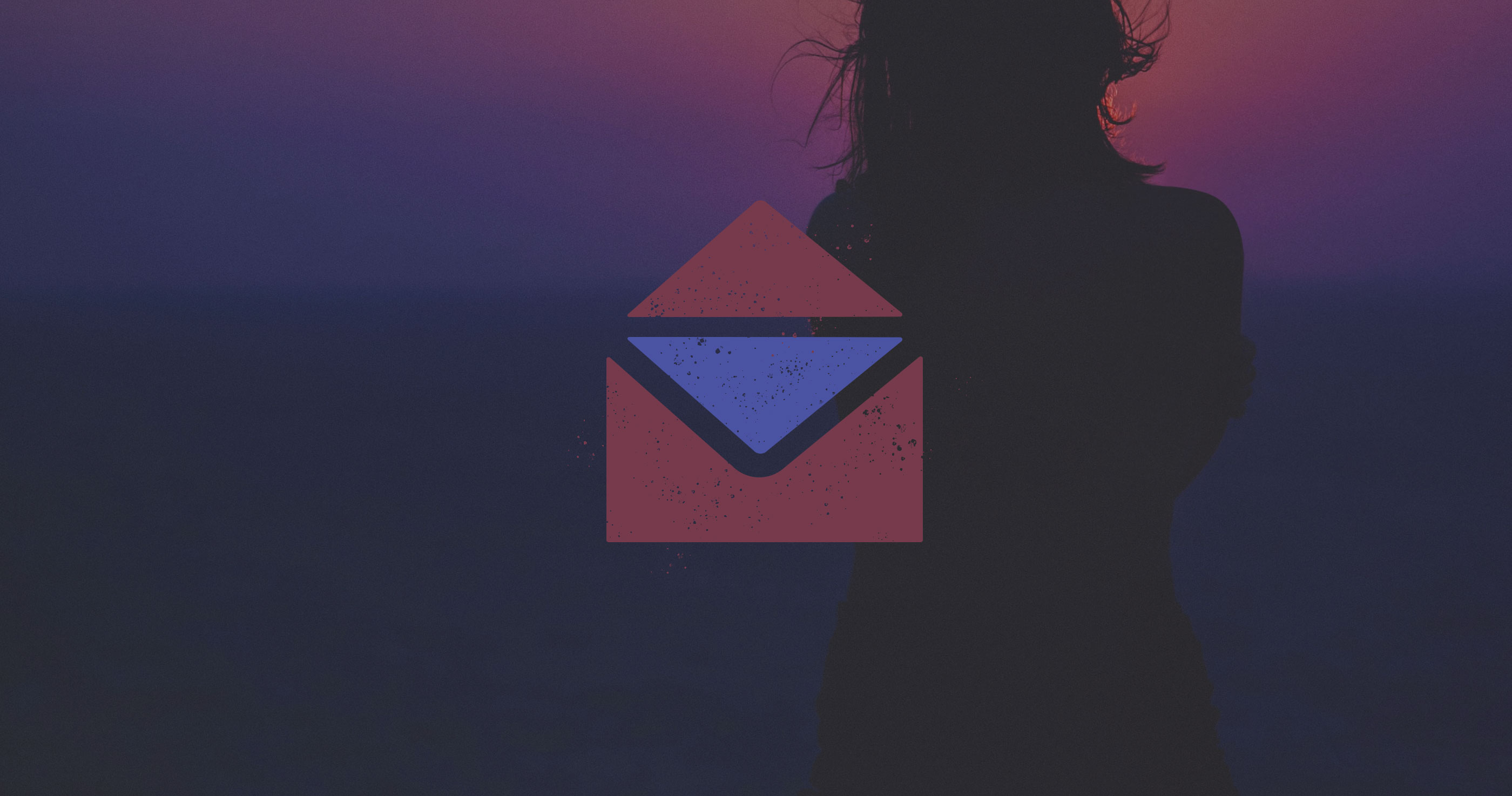 There is nothing like recent stay-at-home orders to force you to reexamine things, and, with Father’s Day coming up, you may be thinking about men in your life and fatherhood in general. If you have ached to see your dad for years or growing weeks, you may realize how great fathers can be. Or maybe it’s been years since your father was in your life and you wonder if anything is missing after all. Whether your own home has felt too full or too empty, our heavenly Father has good news and fatherly gifts in store for you.

The Creator of the universe has revealed that he is a Father. In his Son, whom God sent as our Savior, he has invited and welcomed us into his family, too—a family that is to be “quick to hear, slow to speak, slow to anger” (James 1:19), “rich in mercy because of the great love with which [God] loved us” so that we may see “the immeasurable riches of his grace in kindness toward us in Christ Jesus” (Eph. 2:4, 7).

We can be honest. As great as fathers can be, sometimes they provoke children to anger. That’s why Scripture warns them again it, turning that tendency toward what is good: bringing children up in discipline and instruction of the Lord (Eph. 6:4).

Mothers can get pretty angry with their husbands, too. Wives can struggle with having another decision-maker around, especially after typically having time and responsibilities apart. Let’s not pretend that smoldering anger helps anyone: “It blazes like a flaming fire,” devouring and out of control (Hosea 7:6–7). Thanks be to God that, even in times of agitation and extra concerns, joy is often restored in the morning (Ps. 30:5).

Sometimes anger is unprovoked or passively raised. Occasionally men seem to just sit there, and that’s frustrating. Maybe decisions rankle. Even so, God has good news for you: He will work through whatever decisions are made and cause good for all who love Him (Rom. 8:28).

What about husbands or fathers that demand control where God grants freedom? Not all wives and daughters are isolated by health concerns. Some have been kept apart from family and friends so that one person in their lives feels more certain in his control.

Convinced that the transforming, liberating truths of vocation and calling can have a deep impact on the Christian family, Veith and Moerbe show how these doctrines help to generate healthier and happier families.

God’s gifts include neighbors outside the home and freedom. No one is free to sin, but every Christian has been explicitly liberated. Scripture is clear that God has sought, won, and still continues to value our freedom, even as he calls us to lives of faith and love.

Our Lord does not establish authorities so that a select few tyrannize and terrorize. The greatest serve (Matt. 20:20–28), and all are to practice self-control and Christ’s control rather than attempting to control others.

Christians are called to build others up (Rom. 15:2). Manipulation skips over the time and efforts necessary for individuals to grow in order to rearrange a situation. That leap, clutching at some desired end, is why words get twisted, questions shunned, and balancing factors—like healthier relationships—often get targeted.

God-given community relationships can help people stand up to abuse and become reconnected to more of God’s gifts. They can help abusers repent and heal, too! Healthy relationships have room for personal reactions, honesty, and humility. Humble authority lends order and an opportunity to watch as God works toward good without any individual having sole control.

The Essence of Fatherhood

Like so much else in creation, the gift of fatherhood has been abused. It has been twisted by selfishness, neglect, and misunderstanding. It has been scorned and mocked. Yet it continues with every conception.

Our heavenly Father knows all about fatherhood, and “for this reason I bow my knees before the Father, from whom all fatherhood in heaven and on earth is named” (Eph. 3:15). In its essence, fatherhood belongs to God. He incorporated aspects of it into creation as an expression of his love and goodness.

Does that mean fatherhood has no bounds? Of course not. God calls all to love and serve one another. The command to love your neighbor as yourself is second only to the command of faith. In parenthood, your neighbor—your near-one—is not next door, but from your own household.

Some only understand fatherhood in terms of discipline. “Fathers, do not provoke your children to anger, but bring them up in the discipline and instruction of the Lord” (Eph. 6:4). And, “Besides this, we have had earthly fathers who disciplined us and we respected them. Shall we not much more be subject to the Father of spirits and live?” (Heb. 12:9). On the other hand, Proverbs 3:12 reminds us, “[T]he Lord reproves him whom he loves, as a father the son in whom he delights.”

Fatherhood can be a misunderstood vocation. It is not all reproving, but also fundamentally about love, service, and delight. The father serves his child by raising him within safe and good boundaries. The father loves his child, in part, by teaching right from wrong, reality from fiction, and caution from reckless abandon. “As a father shows compassion to his children, so the LORD shows compassion to those who fear him” (Ps. 103:13).

God did not do a foolish thing when He created Adam as a man and Eve as a woman. Nor is it a foolish thing that He brought them together as husband and wife and then as parents. God continues to work in these ways as a series of gifts and opportunities for us.

Many churches have celebrated Father’s Day since as early as 1508. March 19th was a feast day for Joseph, the Guardian of our Lord and, in Latin, Nutritor Domini, the Nourisher of the Lord. Even the Son of God was given an earthly father!

Admittedly, Joseph’s voice is rarely heard in Scripture. The father’s service is not always as visible or direct as the mother’s. As daughters and wives, we need to realize that and not jump to unnecessary conclusions. Both parents are blessings to the child, just as that child is a blessing to them. During pregnancy, a father cares for his child indirectly by serving his wife. Then both direct and indirect service follows. The ways a man responds in love to his own parents, siblings, and co-workers also add to his effect.

As Christians, we receive from God. We receive forgiveness, life, and so much more! In creation, we receive his wise, beautifully-elaborate, multi-directional system of give-and-take spanning family and the world.

Fatherhood can be a misunderstood vocation. It is not all reproving, but also fundamentally about love, service, and delight.

The system becomes unbalanced when individuals stop receiving. Receive rest! Receive God’s gifts, especially His gifts of faith, and it will impact you, your efforts, and those around you. Parenting includes a lot of giving, although there is reception, too. Fathers need to give and to receive to be healthy, even if their individual give-and-take looks different than others.

Scripture teaches that men receive fatherhood from God and that children and parenthood are great gifts. When we listen to the world, we hear something very different. Yet as much as sin and society may distort family in a fallen world, our Lord stands by his word and his gifts. He is determined that all Christians will receive His fatherly reception through Christ and that fatherhood will continue on earth until Christ comes again.

Who will Teach the Fathers?

As the world belittles marriage and bemoans parenting, who will teach boys and men to be good fathers? There is a temptation for women to try. Help them. Bolster them up. Speak with them. Ultimately it is the Lord’s place to form those placed as fathers.

Another thing that women can do is encourage and support opportunities for men to pursue healthy relationships with other men. Depression has sky-rocketed among men and boys. Many men lack fathers in their lives—or fathers they would emulate—so where can they turn for male acceptance and guidance? Thanks be to God that he provides communities alongside most households: brothers, cousins, uncles, grandfathers, pastors, elders, congregation members, co-workers, etc.

Fatherhood is one of the vocations God gives so that everyone can have multiple ongoing relationships as God grants us personalized care and attention. It can be devastating to lose such a person, but thanks be to God that he provides for us in every need, even if it means he steps in as our Father himself (2 Cor. 6:18).

The Heavenly Father sends his word and Spirit to shape Christian men and their love toward wife and children. It can be such a deeply personal process that sometimes it is kept private even from the wife, but the Lord himself is at work and is faithful.

It helps modern expectations to remember that fathers are not universally called to take out the trash. They are called 1) to love and serve their wives, and 2) to tailor God’s gifts to the children at this very moment—the hardest time for any of us to pinpoint, assess, and handle!

We do not live in a world with just a few single parents. We are well acquainted with lack of marriage, divorce, and split custody, not to mention those widowed. Furthermore, there have been terrible tragedies, including abortion, sexual abuse and rape, and varying degrees of domestic violence. Yet, we do not need to downplay the problems to believe that God answers them.

We cannot fathom the impact that Christ on the cross has on this very moment. And when we begin to see the effects of God at work in our fathers, brothers, husbands, and sons, let us celebrate it as the gift of God that it is!

Our heavenly Father has good news for each and every one of us, as well as fatherly gifts in store. Let’s remember that and give thanks, especially as we live alongside and pray for the fathers of this world.

Mary Jackquelyn Moerbe (MA, Concordia Theological Seminary) is a writer and homeschooling mom. She has written several books and she blogs regularly at MaryJMoerbe.com. Mary and her husband, Ned, live in Oklahoma with their six children.