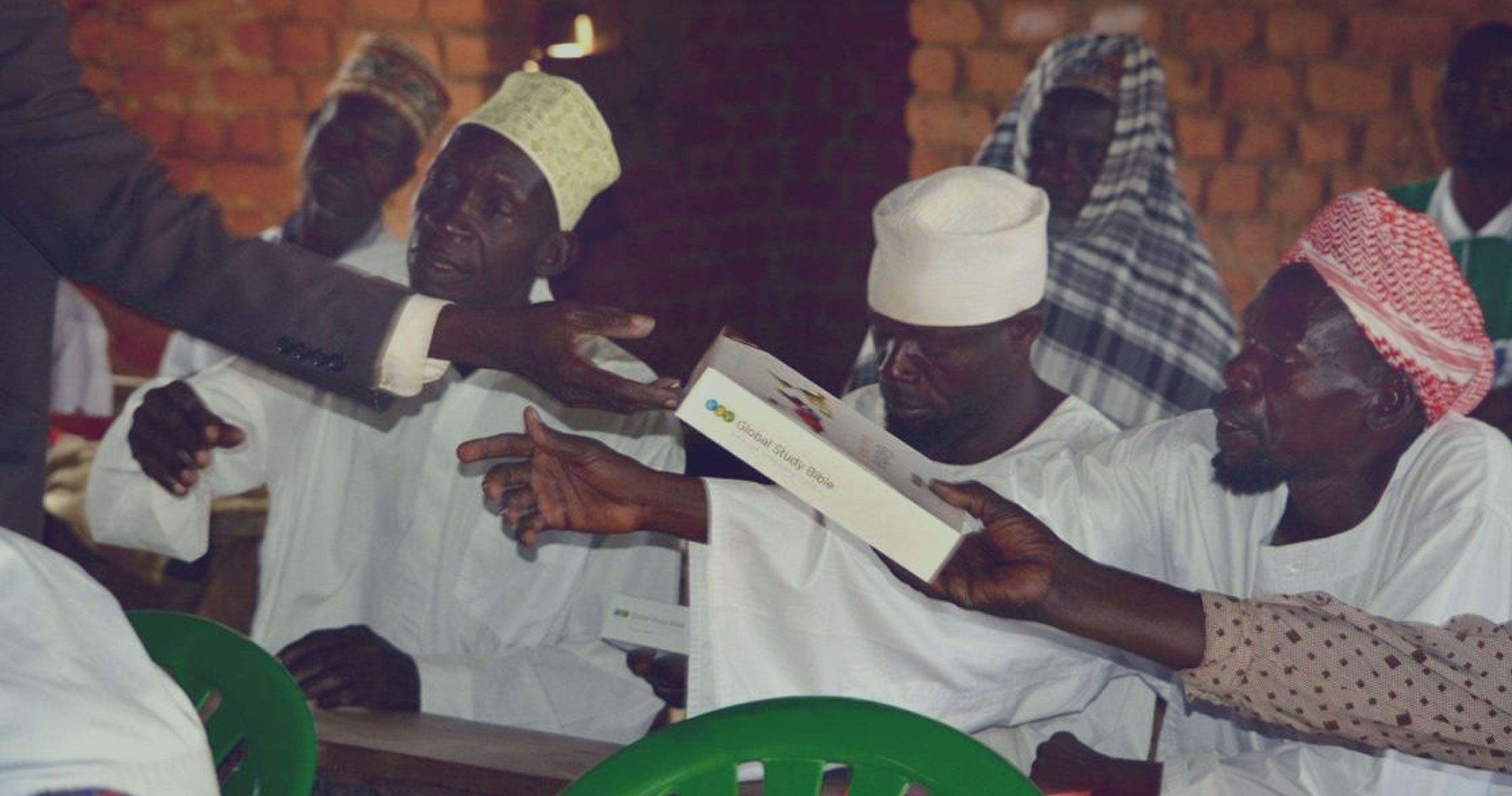 Did you know that you can partner with Crossway to equip African pastors and church leaders with gospel-centered resources? Get involved.

Jacob Lee lives in Uganda and works with a church and missions organization to equip pastors and distribute books and Bibles to help further the gospel of Christ in Africa. Learn more about his faithful work below.

Where are you from and what is your background?

I was born and raised in Iowa. I grew up on a farm in a God-fearing, Lutheran family. My wife, Carol, was born and raised in India as a child of Lutheran missionaries. When I was 20, I had an experience where the Lord confronted me on a lonely Iowa road, and I was born again. Somehow, without any external prompting, I knew I was to be a missionary, even though I didn’t know fully what a missionary was or did, and to take the message of Jesus to places where He was not known. This was confirmed to me when, a few years later in Texas, having an opportunity to be mentored by Leonard Ravenhill, he pointed at a large map behind his desk and reminded me that there were places in the world where people had never even heard the name of Jesus and then quoted Romans 15:20. He looked at me squarely and asked me, “Jacob, what are you going to do about it?”

Soon after my conversion, I was advised to get a college education if I wanted to be a missionary. Of all the Lutheran colleges (several of which were in Iowa) I chose Texas Lutheran College in Seguin, Texas—much to the dismay of my parents. It was my first separation from my family, both in time and distance.

While is Seguin, I met my wife-to-be, Carol. Six months after we were married, we sold or gave everything away and left for India where I felt strongly called to serve. Our oldest son was born there three months into our stay. When he was three weeks old, we returned to the U.S., not having funding or a visa to continue on in ministry. It was a hard lesson for us in the difference between faith and presumption. We had so much to learn. With missions always on our minds we settled back in Seguin and invested ourselves in our local church, Lifegate Church, which is now affiliated with Sovereign Grace Churches. There we sank our roots deeply into the local church and into sound teaching and life within the body of Christ.

Where are you currently located? How long have you been there?

Currently, we are located in northern Uganda in Fodia Village, just a mile or so south of the South Sudan Border. Fodia is near Moyo, Uganda—the nearest town. Carol and I moved here permanently in 2013 and have been here since.

What lead you there?

In 2004, our son, who had been attending Covenant College, took a short-term ministry trip to Kampala, Uganda with his College Professor. It impacted him so much that he asked us to also go on a trip. In 2006, we took a small team from Lifegate Church for ministry in partnership with First Presbyterian Church Kampala.

My interest in Uganda was piqued. However, there were already so many churches and parachurch ministries in the Kampala-Entebbe-Jinja area. This did not coincide with my yearning to take the Gospel to least reached areas. In conversations with Ugandan brothers, I heard about northern Uganda, which, at the time, was still being ravaged by Joseph Kony and the LRA (Lord’s Resistance Army). Providentially, by 2007, Kony had been “kicked out” of Uganda. Through a providential meeting in the Entebbe airport, I was given a contact in Moyo and began correspondence with a local pastor. Ministry plans were made. I took my first trip to Moyo and Kajo Kechi South Sudan in 2007 with three brothers from First Presbyterian Church Kampala.

For the next six years, I continued to take short term trips to the Moyo region along with several to Pakistan. On one ministry trip, where the Jesus film was being shown near Moyo, numerous people expressed faith in Christ. I asked the pastor who was showing the film who would be pastoring these new believers. He stated, “Well, we try to discern who is the most mature among them and put him in as pastor.” I was disheartened and realized that pastoral training—unavailable in this part of the country—was a vital means of ensuring that the pure Gospel would be propagated in this region. During my visits I began to see the wisdom and sense of living near Moyo instead of constantly going back and forth. In 2011, land was purchased and building began for the first structure on the RAU (Reaching Africa’s Unreached) campus.

What mission organization/church, if any, are you connected to, and in what capacity are they/you working to serve?

Carol and I have been sent out from our local church, Lifegate. RAU is a registered NGO (Non-Government Organization) and is a registered 501c3 in the U.S. RAU’s purpose is to come alongside the existing churches to provide training, mentoring and resources so that pastors are availed of the resources, mentoring, and instruction needed to build churches that are self-governing, self-propagating and self-supporting. Our hope, as a ministry, is to ingrain 2 Timothy 2:2 into the life of the church by teaching faithful people who, in turn, will be able to teach others.

With “boots on the ground,” we have realized that there are other needs in addition to the famine of sound doctrine. There are physical and socioeconomic needs which simply cannot be ignored. Most pastors here can in no way be fully supported by the churches they serve due to widespread poverty. In addition to funding numerous boreholes (10 to date), I saw that “Farming as a Business” could be a helpful thrust in additional training for pastors in the hopes that they would find a means of supporting their families’ needs for basics and education of their children. Agricultural training has been incorporated into the pastoral training modules. Some educational scholarships have been provided in specific situations for children’s education as well as funding for some medical procedures as the Lord leads.

Having moved to this region, it came to our attention that, just less than 50 kilometers from us in Yumbe District, is the Aringa tribe (considered by the Joshua Project to be an Unreached People Group). Evangelistic outreach and Muslim-Christian Dialog with Imams and Sheikhs has been a key component of RAU’s ministry.

What are some identifying markers of the context there that may help Western believers understand your mission?

In the uppermost part of Uganda, my educated guess is that 95 % or more of pastors have no formal theological training. This is the predominant aspect of RAU’s mission—to provide training and resources to pastors who, otherwise, may not have the opportunity.

As English is the uniting language in which education takes place in Uganda, some training and all resources in English are useful—not only for Ugandans but also for leaders from South Sudan and The Republic of (North) Sudan who are in our immediate area as refugees.

Since Arabic is also widely used in the Republic of Sudan and South Sudan, resources in Arabic have also been helpful and are able to be distributed among leaders of both countries who have been in the refugee settlements. Through contacts from the nearby refugee resettlement camps, numerous theological resources have been taken to Sudan for distribution where such items are non-existent or expensive.

Initially, RAU provided stand-alone retreats with more of a topical approach. With time, I realized that we needed to be more systematic and cover the most basic aspects of pastoral life and care. With the help of teachers within churches with whom we had growing relationships, and in partnership with other solid mission organizations, RAU has been providing Modular Sessions for two separate tracks of pastors, one from the Moyo/Yumbe/Obongi area and the other for leaders (Sudanese and South Sudanese) from the Refugee camps nearby.

What does your ministry to Sudanese refugees look like?

Ministry to Sudanese refugees (North and South) has not been directly in the camps but via distribution of ESV Global Study Bibles and other resources and by participation in the Modular Trainings here on the RAU campus.

In what ways have you seen the ESV Global Study Bible make an impact on those you've shared it with?

This resource has provided access to the word of God. So many people simply have not had Bibles available to them. Increasingly, Ugandans and Sudanese are desiring to learn English. Since English is used in Ugandan schools—as it is the "national" language—the Bible is useful to many church leaders.

It is also a helpful tool during our RAU training as the participants are shown how a study Bible can be a mentor in clarifying difficult passages or bringing added light to a passage. It is the most comprehensive tool we have for people who have little or no access to resources.

We've received verbal feedback from pastors describing how it has supported them greatly in sermon preparation, and the insightful articles by authors around the world (including many from Africa) have been both helpful and inspiring. Other ministry partners testify to the clarity of language and helpful nature of the commentary—useful for developing both studies and sermons.

What are some unique needs of the church in your area?

Lack of sound Biblical training for pastors and few Bibles and other resources for leaders or church members. Along with the training in our “Hall of Tyrannus” we have concentrated on distributing the ESV Global Study Bible (along with interactive teaching on the proper use of a study bible), native language Bibles, and books to leaders.

There are also few trained pastors to meet the need of the growing number of converts.

Lastly, poverty stifles the socioeconomic growth of individuals and churches, This region (West Nile or northwestern) of Uganda is underdeveloped in terms of infrastructure and available services. With that in mind, we have incorporated agricultural/business classroom teaching and hands on training on a 20-acre demo farm.

What can we pray for you, your family, and your ministry partners for the work that you’re doing?

Pray for refreshment in the Lord, perseverance in a “hard place”, protection during the pandemic. Pray that we’ll be able to resume ministry on the RAU campus in the aftermath of COVID-19 disruptions, and for other “long-term missionaries to come alongside RAU for ministry with the hope of receiving the “baton”.

Pray for the raising up of local leaders and ministry partners, a safe delivery in 2021 of the container carrying 20,000 ESV Global Study Bibles and gospel tracts in English, Aringa, Madi, and Arabic.

Pray for Grace for Carol’s efforts in outreach to women in the churches and our continued health in our “latter” years. Pray the Lord gives us decades more here to proclaim the gospel and walk out 2 Timothy 2:2.

Faith Comes By Hearing has the mission to “get God’s word to every person and cover the world with the word” by creating and distributing Bible recordings and programs in the languages of people worldwide.

We are overjoyed to be able to partner with organizations across the globe who share our passion to bear witness to the gospel of Jesus Christ.