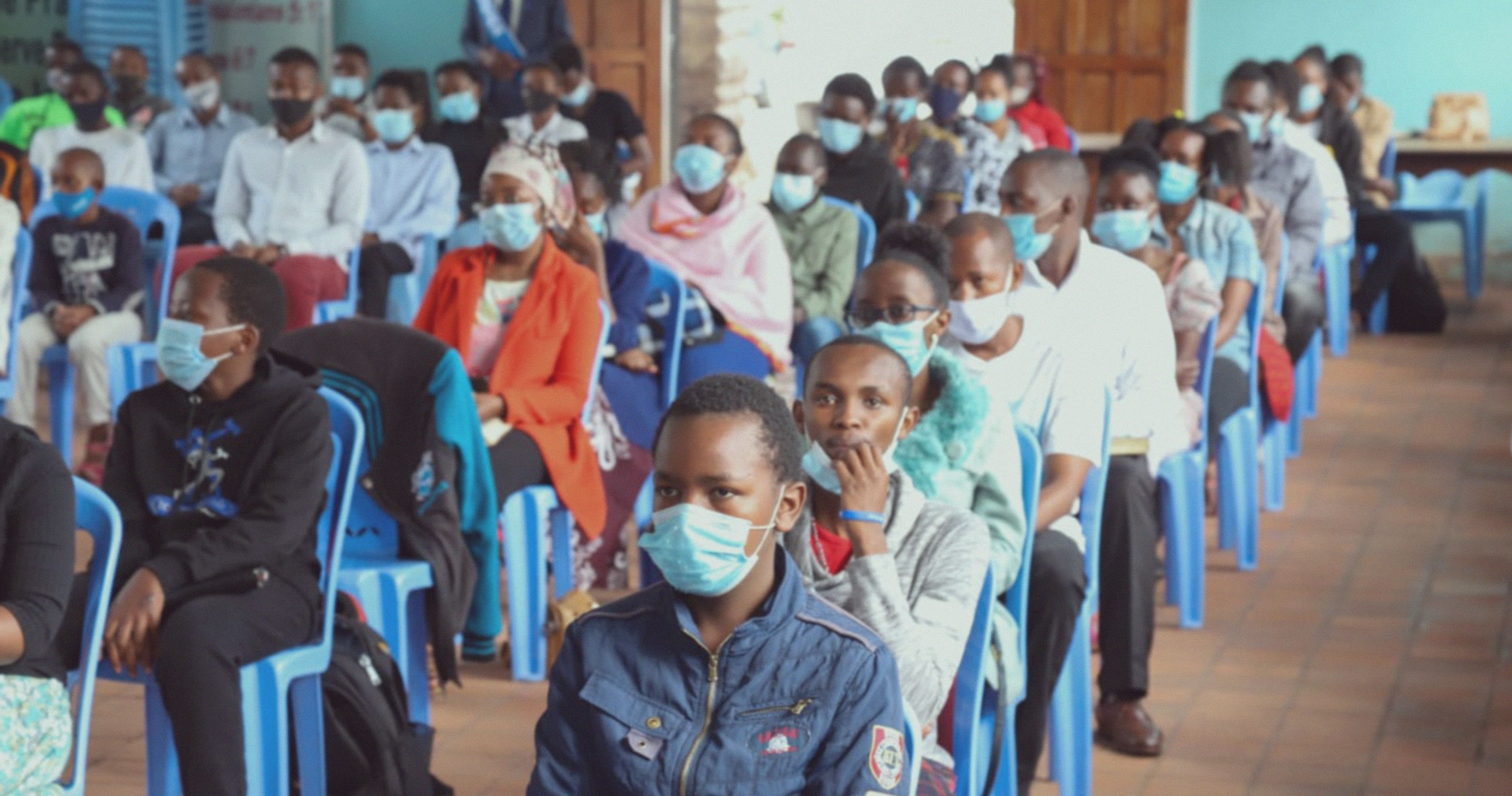 Crossway’s Global Ministry Fund exists to directly support carefully chosen ministry projects aimed at equipping the church around the world for ministry. We partner with authors, translators, publishers, mission agencies, and theological training schools to provide books and Bibles to the least resourced. We consider it a privilege to partner with organizations across the globe who share our passion to bear witness to the gospel of Jesus Christ.

The Neopolis Network is a global organization that works with churches and church planters to equip them for ministry. In East Africa specifically, they work to support ministries by providing opportunities for pastoral fellowship, resourcing conferences, facilitating leadership development, and distributing Bibles and biblically sound books.

In 2020, working with Crossway, Neopolis distributed 4,000 Bibles and ESV Global Study Bibles to churches and ministries and also licensed books to print in Nairobi, making them available at affordable prices to students and other Christians.

We had the opportunity to speak with Charles Karuri—a Neopolis partner and church planter located in Kenya—about his gospel work there. Be encouraged as you read about the powerful work the Lord is doing in East Africa.

What is your name and where are you originally from?

My name is Charles Karuri Mwai and I am originally from Kenya. I am married to Yasmin Chepkurui and we are blessed with two sons, Kiptoo and Kibet.

How did you begin in ministry?

I came to saving faith in 2004 while in my second year of university, and I began attending Parklands Baptist Church (PBC) in Nairobi. Five years later, in response to a call made at a missions conference, I joined the church’s prayer ministry. One might say that the first ministry I ever engaged in was to dust and pray over the seats in the youth tent before service.

My passion then and now was for the Word of God and prayer, and that was how I eventually ended up leading a youth Bible study group, as well as being a leader in the church's prayer ministry.

In 2012 I entered into the pastoral ministry when I became youth pastor at Membley Baptist Church—which is a plant of PBC.

Describe your partnership with the Neopolis Network.

The Neopolis Network has come alongside gospel work here in several significant ways. The first is that it has created a platform for like-minded pastors to come together and establish regular fellowship with one another. This is crucial because we in East Africa serve in a context where faithful expositors of the Word are a small and often sidelined minority. The voices in the public square belong to the more numerically and more materially successful churches—many of which are proponents of the health and wealth gospel, which is really no gospel at all.

Second, Neopolis has helped to resource pastors here by financially supporting the annual Proclaim conference as well as by supplying much-needed book resources. Much could be said about the conference and the resources, but suffice it to say that these two avenues have been of tremendous gospel impact for us in East Africa.

Third, Neopolis has partnered financially with a number of faithful local churches to facilitate their training of called and gifted men for the work of church planting. Lord willing, the years to come may yield scores of Christ-exalting churches in the cities of East Africa.

Where do you live currently and what do you do there?

I have just moved back to Kenya after spending about a year and a half in Dar es Salaam, Tanzania where we had been working to establish a church plant. As the Lord would have it, our work had to stop due to certain developments there, some of which have made headlines quite recently.

My family and I are now back in our home town of Malindi along the Kenyan coast where we are again in the early phase of working toward a church plant for launch in mid-2021, Lord willing.

What is one way you’ve been encouraged by what God is doing at your church?

Speaking from my experience in Dar es Salaam, the greatest encouragement has been the way the Lord has time and time again reminded us, as he did Paul in Acts 18:10, that he has his people in the city and that he is the one building his own church.

What are the greatest needs of the churches and leaders there?

In one word, the answer would be preaching. The church needs expositors of the Word and the men in the pulpits need the tools and the training to do the job.

Unfortunately, many who serve as pastors lack both the training and the tools required for one to be a sound expositor of the Word of God. Rather than a thorough training in Bible exposition, all these men have is a ministry paradigm embodied by authority figures they look up to that is built more around pragmatism than anything else. In terms of tools, essentials such as study Bibles, commentaries, or sound theological materials are hard to come by, and when one does find them, price is often an inhibiting factor.

What are some of your favorite resources for helping to equip Christians with sound doctrine? In what ways have you seen them impact the churches and believers there?

The number one item is the Bible. I have had the privilege of helping with the distribution of Bibles here in East Africa, and much could be said about the impact these gifts have had in the lives of many.

Number two would be a study Bible, especially in the hands of pastors and ministry leaders with a regular preaching ministry.

Number three would be books that are short, easy to read, and doctrinally instructive such as What Is the Gospel? by Greg Gilbert, Church Elders by Jeramie Rinne, and Expositional Preaching by David Helm.

I have seen these resources challenge ministry paradigms for some, deepen fledgling convictions in others, and even create Aha! moments in some.

When talking about resources in East Africa, one must always be aware that an overarching ministry paradigm exists and it has largely been shaped by the health and wealth crowd. To have biblically faithful resources readily and affordably available is a game changer for us.

What can we pray for the church in East Africa?

Pray for the Lord to raise up preachers who are primarily concerned with rightly dividing the Word rather than exponentially growing their congregations.

If Christ be preached faithfully Sunday after Sunday, I am persuaded that most of what is crooked in our churches will be straightened out, what is dead will be brought to life, and that the things that need to die will die.

How can we pray specifically for the church-planting work you’re doing in Kenya?

As for me, I am presently in Malindi, Kenya where I am working toward a church plant with a launch planned for the middle of next year, Lord willing.

Pray for the Lord to be present in the planning, in the evangelism, and in the gathering of a core group in the next couple of months. Pray also for material provision for the work.

Faith Comes By Hearing has the mission to “get God’s word to every person and cover the world with the word” by creating and distributing Bible recordings and programs in the languages of people worldwide.

Jacob Lee lives in Uganda and works with a church and missions organization to equip pastors and distribute books and Bibles to help further the gospel of Christ in Africa.