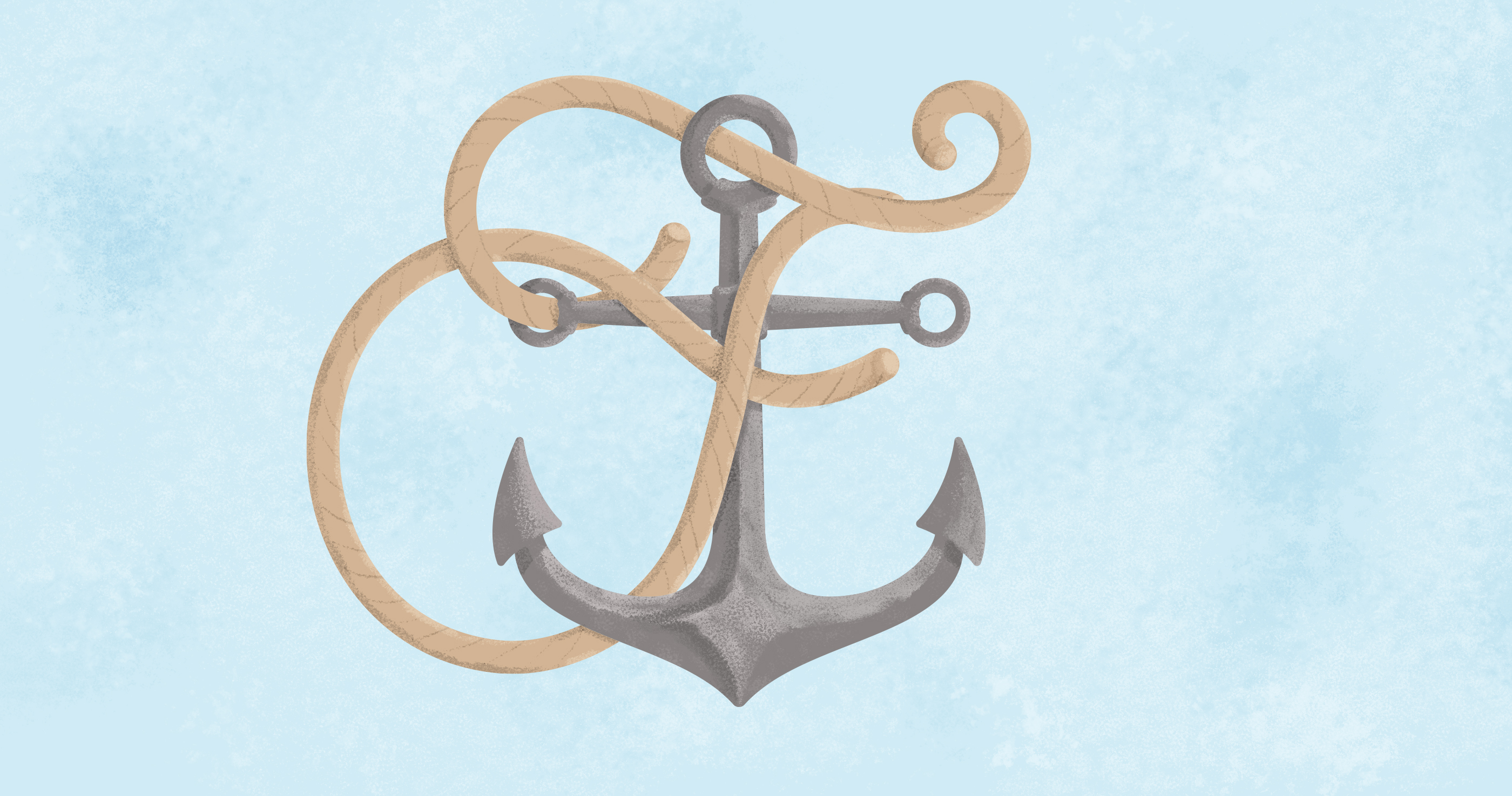 Joseph Reflects the Image of God

Joseph’s fatherhood is significant for us precisely because of the way the gospel anchors it to the fatherhood of God himself. Joseph marries the virgin girl, taking the responsibility for the baby on himself. Moreover, he protects the woman and her child by rescuing them from Herod’s sword, exiling them in Egypt until the dictator’s rampage was ended by death. Interestingly, Matthew tells us, “This was to fulfill what the Lord had spoken by the prophet, ‘Out of Egypt I called my son’” (Matt. 2:15). Now, at first glance this seems to be an embarrassing error on the part of the apostle. After all, the Scripture passage he references—from Hosea 11:1—isn’t about something in the future but about something in the past. “When Israel was a child, I loved him, and out of Egypt I called my son,” God declares in the past tense, speaking of the exodus of the Israelites from Egypt. Isn’t Matthew misinterpreting the plain reading of the Bible? No.

Israel, remember, is being called out to bring forth the blessing to the nations, the Christ of God. Israel is the “son” of God precisely because of her relationship to the Christ who is to come. God, in the exodus, is preparing his people for a final exodus to come in Christ. Jesus sums up in his life the history of Israel and the history of the world, living out this history in obedient trust of his Father. He then fulfills the flight out of Egypt in the same way he fulfills the march into the Promised Land: the promises find their yes and their amen in him, the shadows find their substance in him. It’s not that Jesus is the copy of Israel coming out of Egypt, but that Israel coming out of Egypt was the copy—in advance—of Jesus.1

Israel wound up in Egypt the first time through violence. The brothers of Israel sought to kill a young dreamer named Joseph. God, though, meant it for good, using the sojourn in Egypt to protect the nation from famine (Gen. 50:20). The Joseph of old told his brothers, “I will provide for you and your little ones” (Gen. 50:21). Joseph of Nazareth pictures his namesake in providing for and protecting Jesus in Egypt. But he also pictures God, the One who brought the people in and out of Egypt, who shields them from the dictator’s murderous conspiracies.

Joseph is unique in one sense. He is called to provide for and protect the Christ of God. But in other ways Joseph is not unique at all. All of us, as followers of Christ, are called to protect children. And protecting children doesn’t simply mean saving their lives—although it certainly means that—or providing for their material needs—although, again, it does mean that. Governments are called to protect the innocent and to punish evildoers (Rom. 13:1–5), which is why we should work to outlaw abortion, infanticide, child abuse, and other threats to children. Governments and private agencies can play a role in providing economic relief to the impoverished, which is why Christians weigh in on issues such as divorce policy, labor laws, and welfare reform.

The Fatherhood of God

But picturing the fatherhood of God means more than these things. His fatherhood is personal, familial. Protecting children means rolling back the curse of fatherlessness, inasmuch as it lies within our power to do so. When parents care for a child—their child—they’re picturing something bigger than themselves. They are an icon of a cosmic reality—the reality of the Father “from whom every family in heaven and on earth is named” (Eph. 3:15).

Joseph’s rescue of Jesus isn’t the first time the adoption of a child is tied to the exodus event. David sings about God as “Father of the fatherless and protector of widows” who “settles the solitary in a home,” tying this reality to God marching before his people through the wilderness toward Canaan (Ps. 68:5–6). God shows this is the kind of God he is. He’s the kind of God, the prophet Hosea tells us, of whom we cry out, “In you the orphan finds mercy” (Hos. 14:3).

God everywhere tells us he is seeking to reclaim the marred image of himself in humanity by conforming us to the image of Christ who is the image of the invisible God. As we become Christlike, we become godly. As we become godly, we grow in holiness—differentness from the age around us. This God-imaging holiness means, therefore, an imaging of God’s affections, including his love for orphans. After delivering Israel from Egypt and speaking to them from the mountain of Sinai, God tells his people to be like him. “He executes justice for the fatherless and the widow, and loves the sojourner, giving him food and clothing,” God says through Moses. “Love the sojourner, therefore, for you were sojourners in the land of Egypt” (Deut. 10:18–19).

You might hear some criticize the Bible as “patriarchal.” If by this they mean the Bible is about propping up male privilege or self-interest, they’re wrong. If they mean the Bible sanctions the abuse of women or denies the dignity and equality of women, they’re wrong. But depending on how one defines patriarchy, they’re correct that the Bible is patriarchal. The ancient world’s concept of patriarchy, after all, wasn’t so much about who was “in charge,” in the way we tend to think of it, although the father of a family was clearly the head of that family. In the biblical picture, though, the father is responsible to bear the burden of providing for and protecting his family.

When God creates the first human beings, he commands them to “be fruitful and multiply” (Gen. 1:28) and builds into them unique characteristics to carry out this task. The Creator designs the woman to bring forth and nurture offspring. Her name, Eve, means, the Scriptures tell us, “the mother of all living” (Gen. 3:20). The cosmic curse that comes upon the creation shows up, for the woman, in the pain through which she carries out this calling—birth pangs (Gen. 3:16). The man, as the first human father, is “to work the ground from which he was taken” (Gen. 3:23). Adam, made of earth, is to bring forth bread from the earth, a calling that is also frustrated by the curse (Gen. 3:17–19). In this, Adam images a Father who protects and provides for his children.

God everywhere tells us he is seeking to reclaim the marred image of himself in humanity by conforming us to the image of Christ who is the image of the invisible God.

Thus, Jesus teaches us to pray to a Father who grants us “daily bread” (Matt. 6:11). He points to the natural inclination of a father to give to his son a piece of bread or a fish as an icon of the patriarchy of God: “If you then, who are evil, know how to give good gifts to your children, how much more will your Father who is in heaven give good things to those who ask him” (Matt. 7:11).

Indeed, the apostle Paul charges any father who refuses to provide for his family with being “worse than an unbeliever” (1 Tim. 5:8). In fact, Paul says that such a man has already “denied the faith.” Why? It is precisely because being in Christ means recognition of the fatherhood of God. The abandoning or neglectful father blasphemes against such divine fatherhood with a counterportrayal that is not true to the blessed reality.

Notes:
1. For a helpful discussion of how Jesus fulfills the “out of Egypt” prophecy, see John Murray, “The Unity of the Old and New Testaments,” in Collected Writings of John Murray: The Claims of Truth, vol. 1 (Edinburgh: Banner of Truth, 1976), 25–26

This article is adapted from Adoption: What Joseph of Nazareth Can Teach Us about This Countercultural Choice by Russell Moore.

Do We Live in a Post-Christian Society?

Our society may not be a happy Christian one, but that leaves the gospel room to speak, stand, and save.

Why We Can Be Hopeful about the Pro-Life Movement

There are reasons we can be hopeful about the pro-life movement. Hear why Russell Moore thinks so.

Adopted for Life
Russell Moore
Updated and Expanded Edition
Crossway is a not-for-profit Christian ministry that exists solely for the purpose of proclaiming the gospel through publishing gospel-centered, Bible-centered content. Learn more or donate today at crossway.org/about.