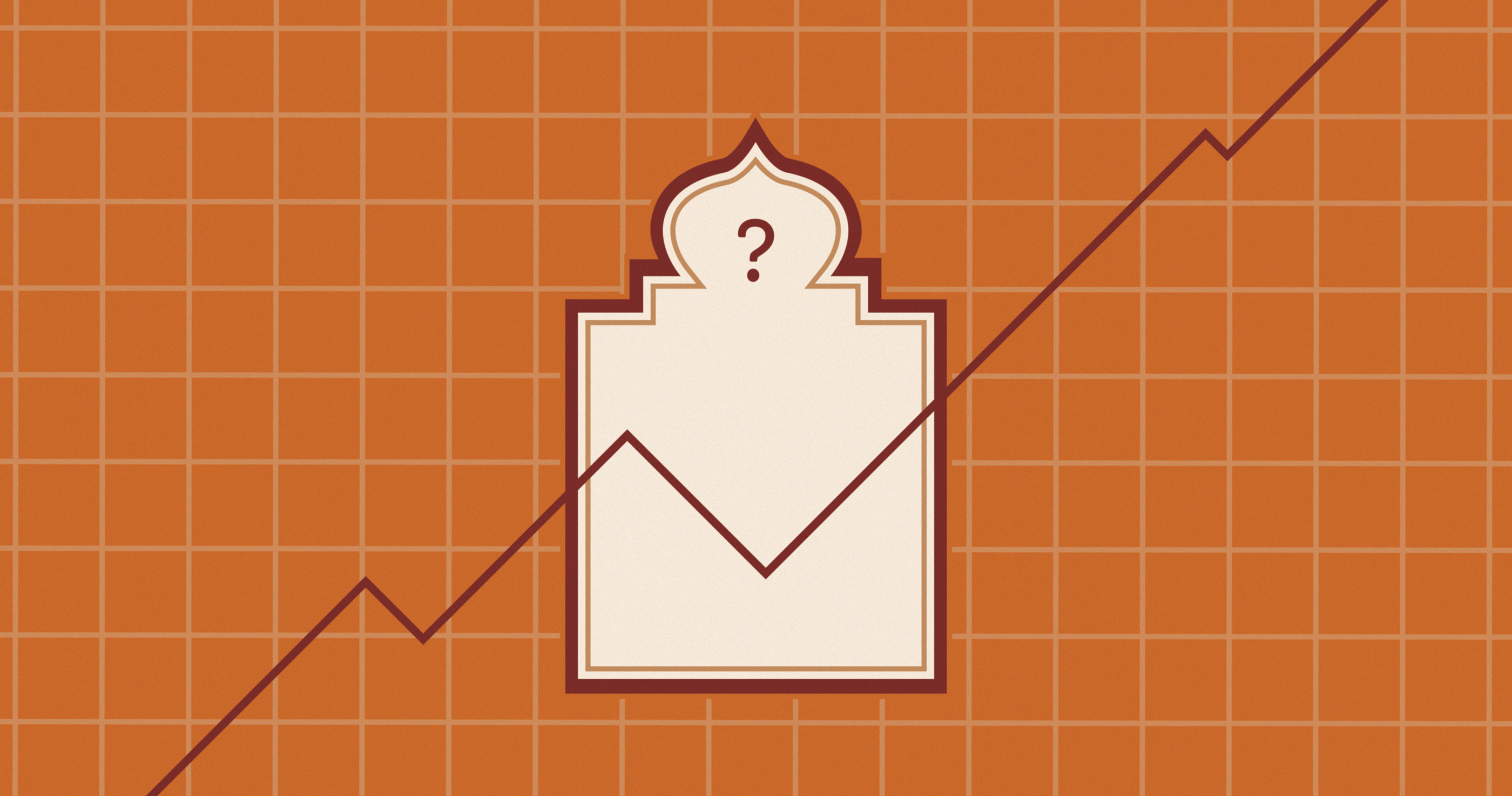 You have probably heard that Islam is the fastest-growing religion in the world. This claim is driven by Pew Research Center data, but it can be misleading. We usually hear it in the context of statistics projecting that by 2050, based on current information, the number of Muslims will be nearly equal to the number of Christians around the world. To some, this claim implies that Islam, as a belief system, attracts multitudes every year and that the number of its adherents is growing. When Christians hear such analysis, they tend to feel discouraged because they assume the claim is unquestionably true and reflects the only existing reality—especially when we compare that data with statistics of nominal Christians abandoning their faith. Some may think that Islam is on the rise, while Christianity is declining—that Islam is persuasive and convincing, while Christianity is not. But these statistics are not caused by people converting to Islam. 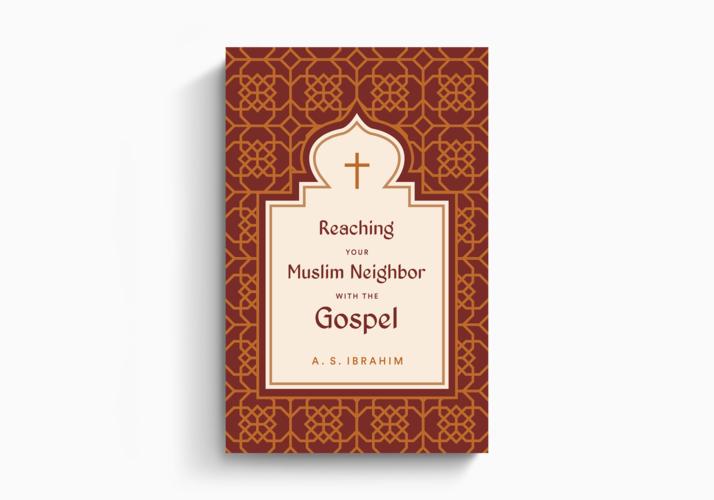 Reaching Your Muslim Neighbor with the Gospel

In Reaching Your Muslim Neighbor with the Gospel, A. S. Ibrahim seeks to provide his readers with insight and practical tips to engage and share the gospel with Muslim friends and neighbors.

The growing number of Muslims is mainly due to higher birth rates in Muslim families. Consider that a Muslim man can marry up to four women, which often leads to more children. Consider also that in many Muslim circles, women are not allowed to work outside their homes, which usually results in more children than the average non-Muslim family. Some Muslims openly admit that Islamic society oppresses women, to the extent of viewing them as mainly childbearers. Many traditional Muslims view having many children as a sign of devotion to Muhammad—by expanding Muhammad’s umma (community). Furthermore, the death punishment for apostasy from Islam discourages many from abandoning the religion. Some “apostates,” to avoid being murdered, may resort to remaining “Muslim,” although in reality they are not.

When Christians hear that Islam is the fastest-growing religion, they must put this into perspective since the growing number of Muslims does not necessarily reflect Islam’s persuasiveness. For instance, this statistic does not include the Muslims who abandon Islam—not only for Christianity but also for atheism. In recent years, ample studies have revealed waves of apostasy among Muslims. In the United States, according to analysis of a 2017 Pew Research Center study, the number of converts to Islam is similar to those who abandon it. The net gain is almost zero. Researchers observe that almost a quarter of adult Muslims who were raised in the States no longer identify as Muslims.1 I do not share this statistic to boast or gloat but to question the initial claim that Islam is the fastest-growing religion.

Consider Iran’s Muslims: In September 2020, findings from an academic study of Iran’s secular shift appeared in The Conversation. Droves of Iranians are abandoning Islam. While Iran’s official census claims that 99.5 percent of the population is Muslim, the survey found that only 40 percent of Iranians identified as Muslim.2 If true, this suggests that Iran is no longer a Muslim-majority country. What about Muslims worldwide? In September 2019, an article in The Telegraph Online titled “Why Are Young Muslims Leaving Islam?” highlighted new generations of educated Muslims—not only in the United States but in many parts of the world—who dare to ask hard questions about Islam’s basics and foundations. The article points to waves of young Muslims abandoning Islam in crises of unbelief, and it emphasizes this as a phenomenon not only in Western liberal societies but in solid conservative Islamic countries, including Sudan, Iran, and Pakistan.3 Note that antiapostasy laws are strongly enforced in these countries. Does this reflect a persuasive religion? It appears that these Muslims readily abandon Islam even though they could face Islamic capital punishment for apostasy.

We should come in humility to Christ and pray fervently for him to use us as his laborers among Muslims, locally and globally.

In the same vein, what about Muslims in the Arab world? On June 24, 2019, the British news outlet The Guardian reported on a study conducted by a Princeton University–based research group. The study detailed how Arab Muslims are abandoning religion. This is in the heartland of Islam. In comparing people who identified as “nonreligious” between roughly 2014 and 2019, the number rose from 11 percent to 18 percent.4 During this period, the Arab world witnessed the Arab Spring and the rise of the radical Islamist group ISIS. One may think that a 7 percent increase—in abandoning Islam or religiosity in general—within five years is not a major indicator, but this would be incorrect. This shift is happening in the Arab world, the stronghold of Islam, where its sacred texts are taught and its history is cherished. Furthermore, these numbers reflect only the Muslims who were willing to speak openly about being nonreligious—a notably risky action in Muslim-majority lands. The numbers could very well be greater.

Similarly, an article in The New Republic from April 2015 focused on Muslims abandoning Islam in the Arab world. This piece reported hundreds and thousands—depending on the country— of ex-Muslims who are openly identifying as atheists. These people were willing to leave an online trace about their decisions.5 This secular data should be contrasted with the reported claim that Islam is the fastest-growing religion on earth.

How should Christians respond to these statistics? We should come in humility to Christ and pray fervently for him to use us as his laborers among Muslims, locally and globally. We should be active in evangelism as a lifestyle. All the information above should bring us to a place of interceding for Muslims to see Jesus’s light, as we realize that now is a great time for serious gospel proclamation among them. While some of us are called to go to the ends of the earth, which includes Muslim countries, others already have many Muslim neighbors in their backyard. Either way, Christians should be encouraged by the work of the Holy Spirit among Muslims today. While the abovementioned statistics—which primarily appear in secular outlets—describe Muslims abandoning Islam in general terms, which can be to atheism or secularism, we have ample reports from Christian workers evangelizing among Muslims. [God is at] work among Muslims [and I want to] encourage you—in your place and on this very day—to partner with the many workers who are bringing the gospel of hope to Muslims.

This article is adapted from Reaching Your Muslim Neighbor with the Gospel by A. S. Ibrahim.

A. S. Ibrahim (PhD, University of Haifa; PhD, Fuller Theological Seminary) is a professor of Islamic studies and the director of the Jenkins Center for the Christian Understanding of Islam at the Southern Baptist Theological Seminary. He is the author of Conversion to Islam and Basics of Arabic.

The Bible and Islam

The emergence of Islam and the Qur’an can be properly understood only within the larger context of the Bible and the monotheism of Islam’s two main predecessors, Judaism and Christianity.

The Bible and the Religions of the World

Although the Bible nowhere discusses “other religions” as such, much in it is relevant to the subject.

How Does God's Love in Christ Relate to Islam?

How do we bear faithful witness to the love of God in Christ to our Muslim friends?

How (and How Not) to Think about Religion

I cannot speak about religion without lamenting that among so many who claim to be religious, so few understand what it means. 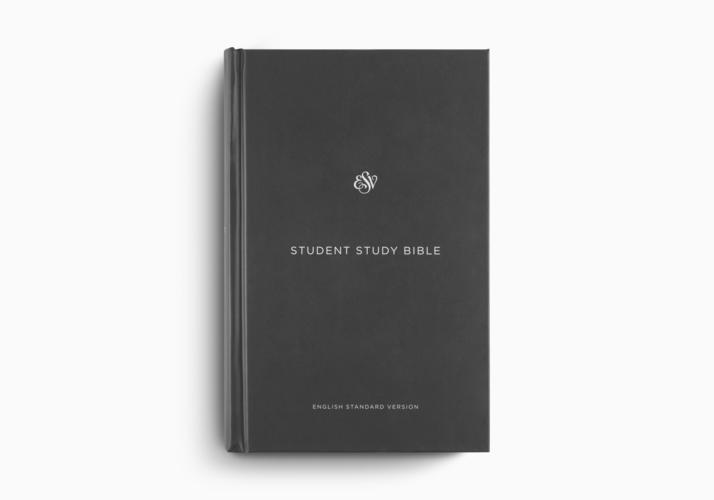