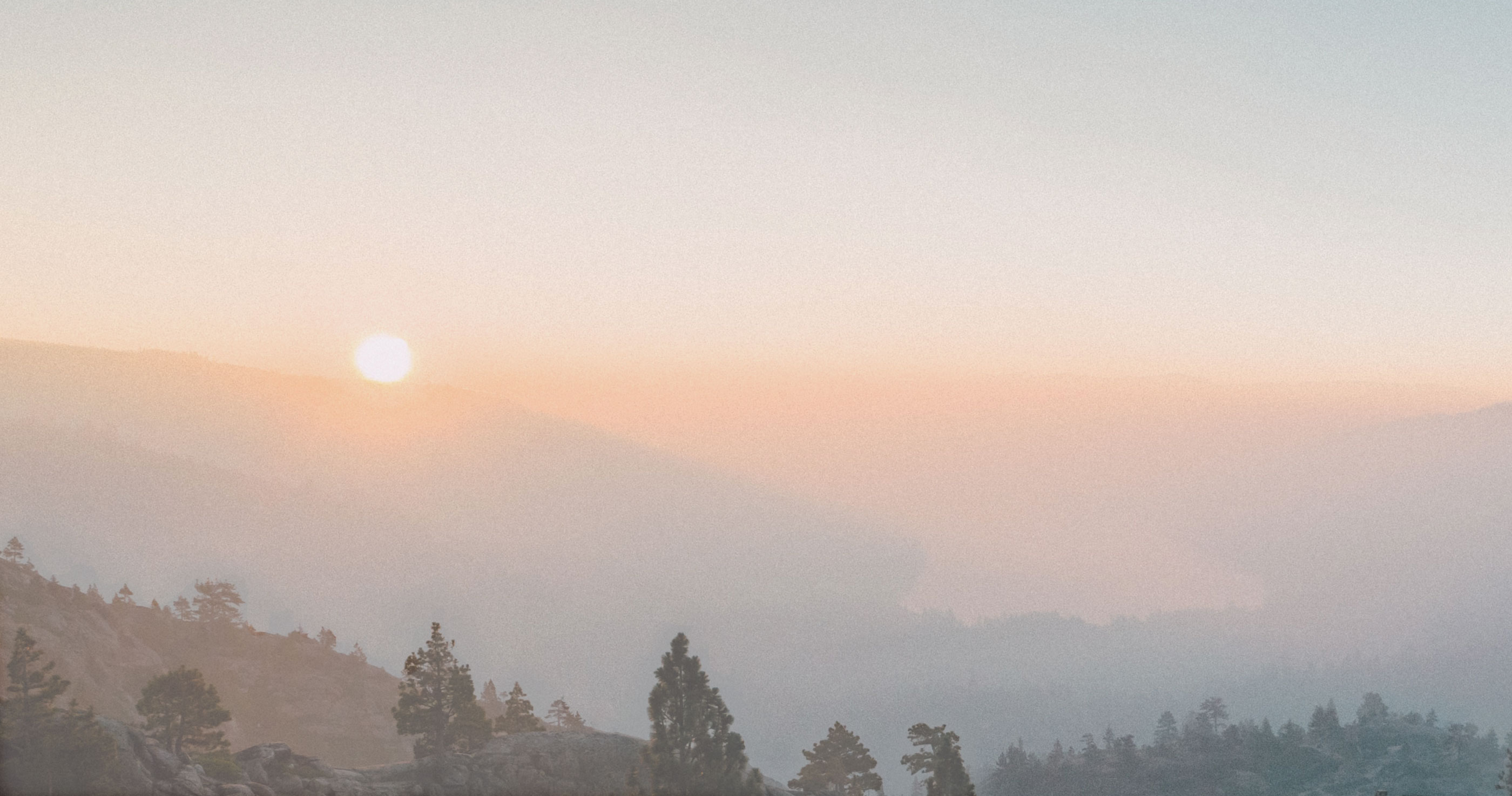 C. S. Lewis refuses to let faux humility, or semi-humility, stand for the real thing. If forced to choose between thinking very highly of ourselves and thinking that we are very small and dirty objects, we ought to choose the latter. But it is better not to think of ourselves at all. For this is what humility truly is: blessed self-forgetfulness. Three features mark Lewis’s view of true, self-forgetful humility.

First, we are humble when we are able to admire something other than ourselves with cheerful innocence and without guile. “To love and admire anything outside yourself is to take one step away from utter spiritual ruin.” We might admire a sunset or a symphony or even a dime novel.

In this sense, anything that takes us outside the prison of our own self-centeredness is fuel for humility. But true humility, true self-forgetfulness, cannot sustain itself on admiration of created things. Such admiration will inevitably turn back inward into pride. We need stronger medicine. “We shall not be well so long as we love and admire anything more than we love and admire God.”1

Second, self-forgetfulness is able to enjoy life and love others sincerely.

If you meet a really humble man . . . probably all you will think about him is that he seemed a cheerful, intelligent chap who took a real interest in what you said to him. If you do dislike him it will be because you feel a little envious of anyone who seems to enjoy life so easily. He will not be thinking about humility: he will not be thinking about himself at all.2

The humble man laughs easily, even at his own expense, like the Jackdaw in The Magician’s Nephew, who didn’t just make the first joke but instead became the first joke. For it is only “the devil . . . the prowde spirit . . . [that] cannot endure to be mocked.”3 This is why Screwtape chafes at the notion that the patient’s new love interest, who happens to be a sincere Christian, is the sort of person who would find him funny. It’s also why, in telling Wormwood to stoke pride in the patient’s humility, Screwtape urges him not to overdo it, lest “you awake his sense of humour and proportion, in which case he will merely laugh at you and go to bed.”4

Finally, the self-forgetful person loses his sense of ownership in his own works. This is the true aim of humility. God “wants to bring [us] to a state of mind in which [we] could design the best cathedral in the world, and know it to be the best, and rejoice in the fact, without being any more (or less) or otherwise glad at having done it than [we] would be if it had been done by another.”5He wants to free us from self-admiration and conceit and bias in our own favor, so that we are able to rejoice in our own talents as cheerfully and honestly as we can in our neighbor’s (or in a sunrise, an elephant, or a waterfall).

C. S. Lewis displays the beauty of self-forgetfulness throughout his writings.6This shows up clearly in a conversation between a ghost and a spirit in The Great Divorce. In Lewis’s imaginary supposal about the afterlife, the spirits or saints in heaven are the “solid people,” whereas the damned souls who have come from hell to the doorstep of heaven are ghosts. The typical pattern is that a ghost meets one of the solid people (usually someone he knew on earth), and the spirit tries to persuade the ghost to turn from a particular sin and stay in the high countries.

In this particular conversation, both the ghost and the spirit were semi-famous artists on earth. The ghost looks around at the solid and beautiful lands of the Valley of the Shadow of Life and is astonished. “I should like to paint this,” he says. The spirit tells him that it’s no good trying to paint at the present moment; seeing comes first. Painting is necessary on earth because through it we enable others to see glimpses of heaven in earthly landscapes. But there’s no need for that in heaven, since the solid people already see heaven much better than the ghosts do. “At present your business is to see. Come and see. He is endless. Come and feed.”

The ghost goes along reluctantly, and he and the spirit have a conversation about the purpose of painting. The ghost argues that real artists see the country only for the purpose of painting. The spirit reminds him that that’s not true: “That was not how you began. Light itself was your first love: you loved paint only as a means of telling about light.”7This is the first aspect of humility: learning to admire something outside of you for its own sake (and not for the sake of your own self-advancement). And it’s the opposite of the hellish attitude: “Every poet and musician and artist, but for Grace, is drawn away from love of the thing he tells, to love of the telling till, down in Deep Hell, they cannot be interested in God at all but only in what they say about Him.”8

The second element—the easy enjoyment of life, expressed especially in laughter, even at one’s own expense—shows up a few times in the conversation. The spirit breaks into laughter as he corrects the ghost’s view of painting. More importantly, later in the conversation, the two are discussing the artistic lust for a good reputation. The ghost initially said that he was not concerned with his own fame or reputation. But as the two journey toward the mountains, the ghost looks forward to meeting famous and interesting artists in heaven, like Cézanne and Claude Monet. The spirit reminds him that in heaven, everyone is interesting and famous: “The Glory flows into everyone, and back from everyone: like light and mirrors. . . . They are all known, remembered, recognized by the only Mind that can give a perfect judgement.” Here, of course, is the theme “Well done, good and faithful servant.” When the ghost, who doesn’t much like the notion that there are no distinguished people in heaven, consoles himself with the words, “One must be content with one’s reputation among posterity,” the solid spirit, “shaking and shining with laughter,” informs him that both of them have already been completely forgotten on earth. The fact that they are both “dead out of fashion” in Europe and America is a source of amusement for the spirit.9

To become humble and self-forgetful is to become truly human so that we might truly know God.

Finally, in the midst of the conversation, the solid spirit holds out the promise of a cure for any remaining self-regard in the ghost’s heart. The cure is drinking from a fountain, high in the mountains, that behaves like Lethe, the river of forgetfulness in Dante’s Divine Comedy. “When you have drunk of it you forget forever all proprietorship in your own works. You enjoy them just as if they were someone else’s: without pride and without modesty.”10This is precisely the note struck earlier by Screwtape. “He wants each man, in the long run, to be able to recognise all creatures (even himself) as glorious and excellent things.” And, in keeping with the overall theme of this book, the solid spirit in The Great Divorce describes this process as “growing into a Person.” What’s more, when we’ve grown into true persons, we’ll see some things about God better than others. And one of the things we’ll want to do is to tell others about them. And thus what we had to give up in order to find God (painting or writing or preaching or whatever) will be restored to us in glory. For God “always gives back . . . with His right hand what He has taken away with His left.”11

To become humble and self-forgetful is to become truly human so that we might truly know God. God wants to give us himself. To do so, he must first kill our animal self-love. He must persuade us to take the fancy dress off, to get “rid of the false self, with all its ‘Look at me’ and ‘Aren’t I a good boy?’ and all its posing and posturing.”12When we do so, we discover “the infinite relief of having for once got rid of all the silly nonsense about [our] own dignity which has made [us] restless and unhappy all [our lives].”13But as great as this relief is, it’s not even the end of the goodness. God is indeed endless, and he doesn’t simply want to kill our animal self-love; more than that, he wants to restore to us a new kind of self-love—a charity and gratitude for all selves, including our own; when we have really learned to love our neighbors as ourselves, we will be allowed to love ourselves as our neighbors.

When we’ve become truly human, we will still enjoy and contemplate; we’ll love and admire things outside ourselves. We’ll even be able to love ourselves, as it were, from the outside. But we’ll do so with no fear of pride and no threat to virtue. In the presence of God, we’ll dispense with modesty and vanity; we won’t fixate on our virtue and the good things that we’ve done.

One has a glimpse of a country where they do not talk of [morality and virtue], except perhaps as a joke. Every one there is filled full with what we should call goodness as a mirror is filled with light. But they do not call it goodness. They do not call it anything. They are not thinking of it. They are too busy looking at the source from which it comes.14

Beholding the glory, we’ll be transformed into the same image, from one degree of glory to another.

Joe Rigney (PhD, University of Chester) is president of Bethlehem College and Seminary and a teacher for desiringGod.org. He is a husband, father of three, and a pastor at Cities Church in St. Paul, Minnesota. He is also the author of a number of books, including The Things of Earth; Strangely Bright; and More Than a Battle: How to Experience Victory, Freedom, and Healing from Lust.

This Day in History: C. S. Lewis Is Born

On this day in history, the most significant Christian apologist of the twentieth century was born at home in Belfast, Ireland.