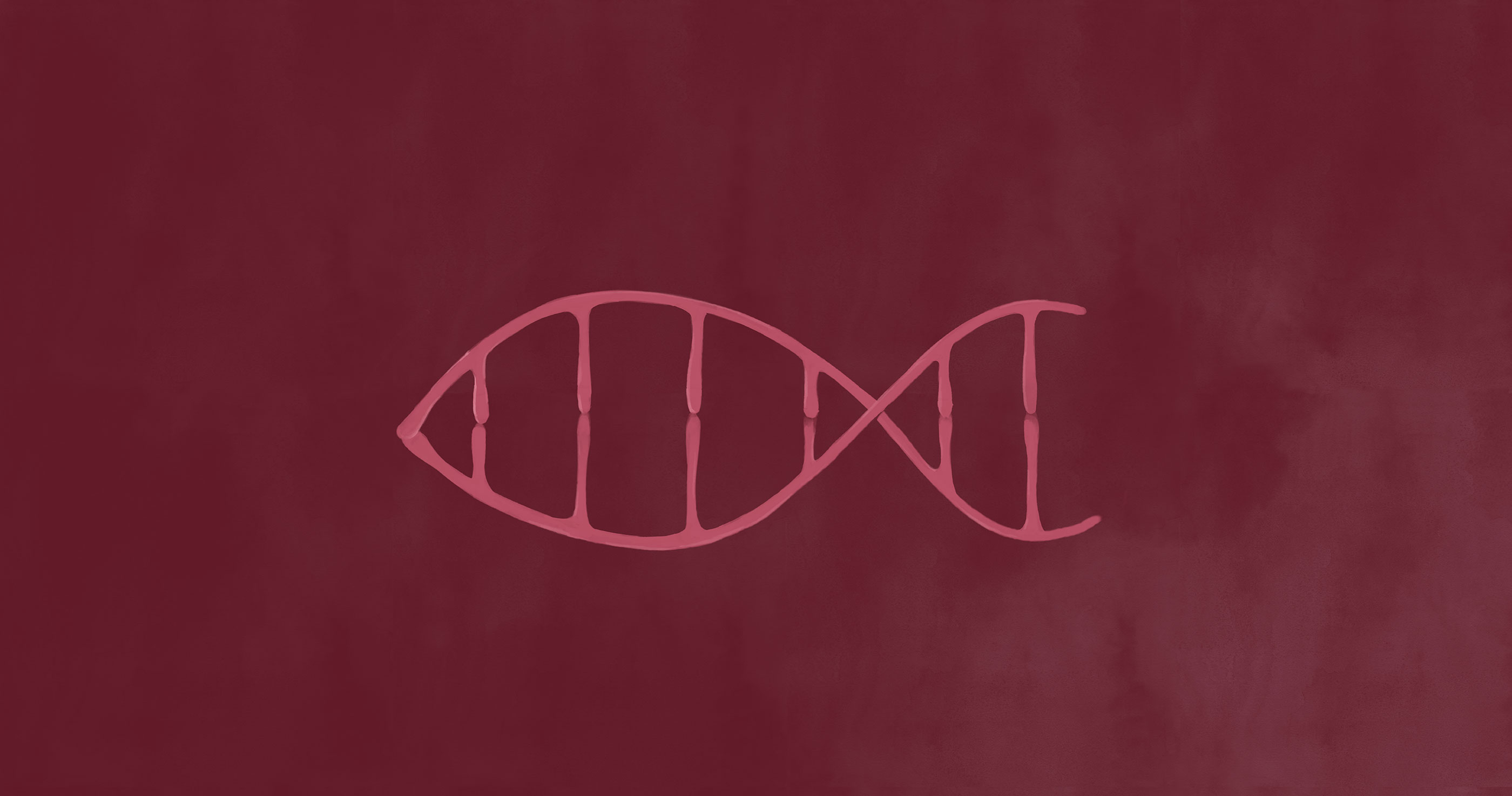 As is so often the case, technology can be used for altruistic ends. Eliminating a genetic disease by clipping the problematic gene from a strand of DNA is surely a legitimate extension of medical surgery. Biological engineering is also being applied to agriculture, adding genes to seeds that will produce insect- and disease-resistant crops. Tomatoes are being genetically modified to increase their shelf life, and potatoes are being genetically modified to be more nutritious.

Some consumers fear genetically modified food, thinking it could be dangerous, though studies have shown that it is as safe as unmodified food and, for insect resisting modifications, probably safer than food grown with pesticides. Consumers in the United States and countries that receive American food exports have pushed through laws requiring “GMO” (genetically modified organisms) to be labeled as such, so that they can be avoided. Though GMO foods arguably can increase production and reduce world hunger, I suspect the real reason some people recoil from these products is the perception that they are “unnatural,” a sentiment that however ill-informed it might be pointing to our instinctual ties to creation.

And, indeed, as so often happens, with technology, innovations developed for laudable purposes, such as medicine and food production, then get taken to extremes. A company began to sell GloFish, aquarium fish with a genetic modification that causes them to glow with a red, orange, or green neon light. Such a violation of nature, without so much as a genuine benefit to anyone, is surely perverse. The GloFish, like innumerable genetically modified animals, are patented. Is it perverse for a corporation to patent a living organism, something that is not a human invention or a manufactured product but a creation of God? What about this blend of medicine and livestock technology? Researchers are developing the capability of genetically modifying pigs so that they will grow human organs to be used for transplants. Is that a legitimate life-saving technology, or is it an unnatural abomination? Would you accept an organ transplant from a pig, or would you rather die? What if a loved one needed the organ?

Such blurring of species, organism and machine, and the natural and the unnatural, also blurs moral boundaries. The moral issues can be confusing even for Christians who, unlike the secularists, have a basis for knowing moral truth. Is such genetic engineering a supreme example of the dominion that God gave to human beings “over every living thing that moves on the earth” (Gen. 1:26–28)? Or is it a violation of that dominion, a kind of tyranny that abuses nature, no more a legitimate exercise of a lawful domination than an evil king who abuses his subjects?

Genetic engineering has not yet reached its full potential, though it is developing rapidly. Another application, currently on the horizon rather than a reality, is the ability to fulfill the dream of eugenicists: to custom design human beings. Would-be parents could order “designer babies,” choosing the color of hair and eyes, selecting for size, strength, intelligence, and—perhaps above all—attractiveness. Embryos that fall short of the parental standards could be identified, destroyed, and replaced. Or perhaps operated upon, adding and subtracting genes until the genetic makeup will be just right to produce what the parents consider to be the perfect child.

Or people could be bred to meet specific social needs. This could mean selecting for highly specialized traits. The government could use genetic modification to generate super-soldiers, with extraordinary strength and courage. Others could be engineered for high intelligence and mathematical ability, thus assuring the supply of scientists. We could engineer high-performing blue-collar workers, athletes, musicians, and artists. This might produce a genetic caste system, but we could breed skillful and beneficent leaders to rule us. All that is needed now to completely liberate human reproduction from sex, marriage, relationships, and undirected random genetic pairings is the perfection of the artificial womb. Already an artificial womb designed for sheep has brought a lamb to term, though the technical challenge of designing one that would work for humans is daunting and said to be a long way off.1 But think of the possibilities! An artificial womb would represent the ultimate liberation of women, freeing them from the constraints and pains of pregnancy and childbirth. It would undo the curse of Eve! No longer would we need marriage or parents. The family would be technologically obsolete. The government could take over the necessary but freedom-inhibiting function of reproduction, opening hatcheries that could produce children genetically customized according to social needs. From the hatchery, the children could be raised in nurseries that would transition into schools, where they could be culturally conditioned to fulfill their roles as determined by the state.2

What could possibly be wrong with this? Well, to start with, genetic engineering when applied to human beings is profoundly dehumanizing. In God’s design, children are conceived in the context of the most intimate personal relationship of husband and wife, and they are brought up in the highly personal relationship of motherhood and fatherhood. Children are not commodities to be bought and sold, or products to be manufactured, or objects to be designed for someone else’s use. The Nicene Creed makes a biblical distinction that can clarify what is wrong with the genetic engineering mind-set.3 The second article of that Trinitarian confession says:

I believe . . . in one Lord Jesus Christ, the only begotten Son of God, begotten of His Father before all worlds, God of God, Light of Light, very God of very God, begotten, not made, being of one substance with the Father, by whom all things were made.4

Jesus Christ, the Son of God, is “begotten, not made.” The creed quotes John 3:16: “For God so loved the world, that he gave his only begotten Son” (KJV). Most modern translations of the Bible leave out “begotten,” though this is a critical concept for orthodox Christology.5 To “beget” means to generate from one’s own substance. The Lord Jesus Christ is “begotten,” which means that he is “of one substance with the Father.” This is distinguished from another way of coming into being, namely, being “made”; that is, created. Christ was not created; he is not one of God’s creatures. He was “begotten,” so that he is the same kind of being that God the Father is. Thus, the Son of God is “very God of [with the meaning “from”] very God.” Far from being “made,” according to the creed, as the divine Logos, he is the one “by whom all things were made.”

Jesus Christ is the “only-begotten Son of God.” There is no other like him. We, on the other hand, are “made.” We are God’s creatures.

Furthermore, Jesus Christ is the “only-begotten Son of God.” There is no other like him. We, on the other hand, are “made.” We are God’s creatures. This means that we are not deities of any sort. Though we were created in God’s image, we do not share his substance, unlike Jesus. But isn’t God our Father too? Yes! We are God’s children by adoption. So says the apostle Paul:

But when the fullness of time had come, God sent forth his Son, born of woman, born under the law, to redeem those who were under the law, so that we might receive adoption as sons. And because you are sons, God has sent the Spirit of his Son into our hearts, crying, “Abba! Father!” So you are no longer a slave, but a son, and if a son, then an heir through God. (Gal. 4:4–7) For all who are led by the Spirit of God are sons of God. For you did not receive the spirit of slavery to fall back into fear, but you have received the Spirit of adoption as sons, by whom we cry, “Abba! Father!” The Spirit himself bears witness with our spirit that we are children of God, and if children, then heirs—heirs of God and fellow heirs with Christ, provided we suffer with him in order that we may also be glorified with him. (Rom. 8:14–17)

Through the Son and through the Holy Spirit, we “receive” adoption. So although we are made, not begotten, we too become sons of God, entitled to call him not only “Father!” but the most intimate, loving word for Father, “Abba!” Not only that, we become his “heirs.” As “fellow heirs with Christ,” we adopted children will receive the same inheritance the begotten child will receive—eternal glory.

Adoption is the very description of our salvation. And here we see the biblical solution to many of the problems that reproductive technology attempts to address. There are medical treatments that can help infertile couples who yearn to have a baby, but rather than go to the extreme measures involving sperm or egg donors, surrogate mothers, or conceiving disposable embryos, adopt a child. Yes, this is becoming more and more difficult, largely due to the practice of abortion, which ends the life of children who otherwise would have been put up for adoption. But it is still the optimum, God-pleasing, life-affirming solution.

This article is adapted from Post-Christian: A Guide to Contemporary Thought and Culture by Gene Edward Veith, Jr.

5 Myths about the Relationship between Science and Faith

The dispute between the church and Galileo sowed the seed for the apparent divorce between science and faith.