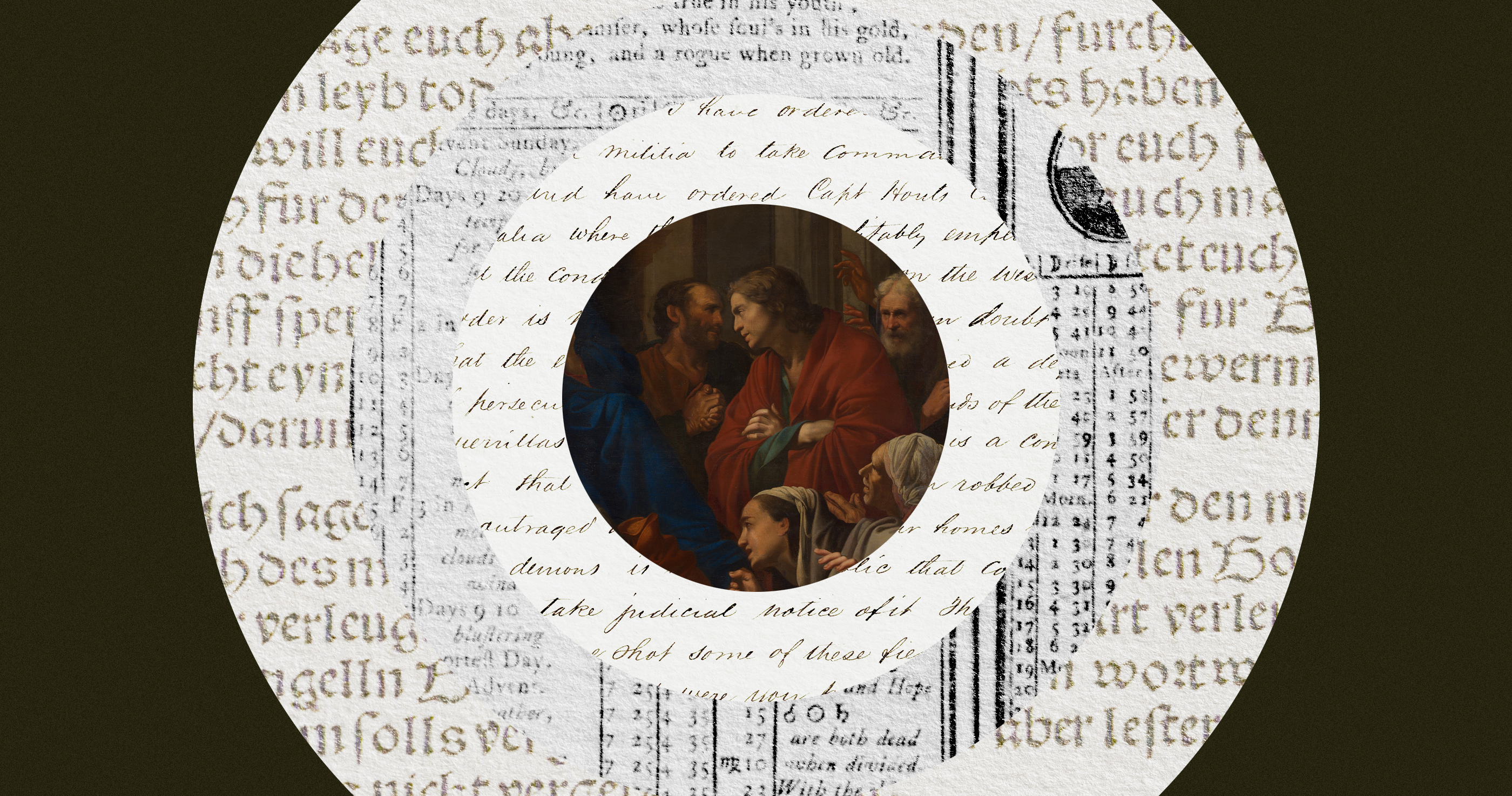 All historical analysis must consider events, people, and meanings. Among these three, knowledge of people is particularly important. Many abilities and skills in understanding people are involved in historical analysis. Because the course of history involves all kinds of people, an analyst has to be able to deal with people whose personalities, inclinations, and backgrounds are different from his own. To deal with history outside his immediate cultural environment, he has to have skill for learning and appreciating cultural differences. He has to have enough time and diligence actually to learn about the culture or cultures in which he is studying some historical process. He has to have a kind of empathy with people, and an affinity that allows and encourages him to adjust to cultural differences. He has to think about motivations.

Abilities among Christians and Non-Christians

Many of these abilities can be found in the best of historians, both Christian and non-Christian. A non-Christian may have these abilities by virtue of common grace. On the other hand, being a Christian does not automatically generate these skills. However, we might hope that the Christian principle of love would help Christians to build and intensify skills for dealing with people. Love for God promotes understanding of all God’s ways, including his ways with people whom he has made in his image. The image of God is the main foundation for our commonality with other human beings, which allows us to understand them. 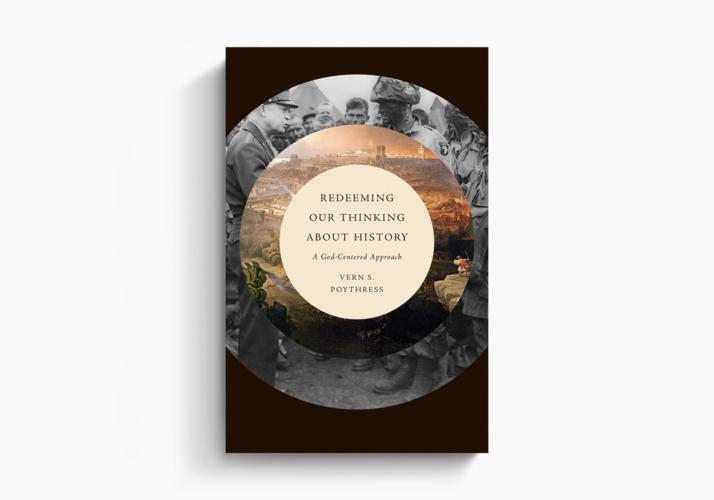 Redeeming Our Thinking about History

In his new book, Vern S. Poythress offers a providentialist approach to understanding history, giving Christians a strong, biblical foundation for recognizing God’s lordship and studying the past.

The Hindrance of a Sinful Past

Some people become Christians from a background of deep sin and suffering. After they come to know Christ, they are still working, through the Holy Spirit, to overcome the effects of sin and suffering. Due to remaining sin, they might not be very good at human empathy. They seem to fall behind the more able non-Christians. Given their background, we should not be surprised.

The Hindrance of a Narrow Background

Other Christians may be hindered by being brought up in a narrow background. They have been exposed almost exclusively to one narrow band of culture. It may be hard, late in life, for them to grow in being in tune with people and cultures unlike their own.

Other Christians do not grow spiritually in the healthy way that they should, the way that God maps out in the Bible. They may be in a healthy spiritual environment in vibrant churches with good theology and still be stunted in the midst of that environment.

On the other hand, they may not flourish because the theology of their communities and churches is defective. One thinks of the “health and wealth” distortion of the gospel, which reinforces people’s selfishness rather than calling on them to give up their lives for the sake of Christ and his love. Or they may be exposed to a liberal theology that believes in the overall goodness of mankind and does not equip people to be serious about the depth of sin in human nature, a depth that manifests itself sometimes in horrible historical incidents.

Finally, the theology may be orthodox, but accompanied by pride in orthodoxy. The Christian within this environment is tempted not to have empathy with people outside his circle, but to quickly condemn them and oversimplify their motives.

One key element in understanding human beings is comprehending depravity, or sin. A historian needs to be prepared to see the ugly depths of depravity. Some people are shockingly evil. They engage in terrible crimes, cruelties, and oppressions. Good history writing depends on an ability to understand such depravity when it crops up. We should not naively tell ourselves that people cannot really have been that bad.

On the other hand, depravity can also have subtle forms that still have deep roots in us. We mentioned earlier that Christians may have mixed motives. They fail to be as wise in action as the wisdom of Christ would have them be. Their good intentions and seemingly wise programs of action get subtly corrupted. It happens again and again. Therefore, understanding of sin, and the subtleties of sin, is important for historical analysis. One of the benefits of Christian faith should be that it sets us on a path toward a deep view of sin. It also gives us a deep view of the ways in which human beings can fail.

Even the more heroic figures in history have subtle flaws. These flaws may propagate and contaminate subsequent developments, even beyond the lifetimes of the heroes. On the other extreme, some of the most monstrous human actors in history have been able to generate excuses for their sins and to entice others into following them.

Understanding of sin, and the subtleties of sin, is important for historical analysis.

Depths in Human Nature and Motivations

In each of us, a good deal of our behavior is “routine.” The mother focuses on what might be wrong with her baby because the baby is crying. The homeowner mows his lawn because the tall grass needs to be trimmed. The same often holds at a larger scale. The high school history teacher uses a particular curriculum because he himself or various committees have decided that it is useful and worthy of being taught to the next generation. A business tries to improve its product to make it more appealing and useful in order for the business to prosper.

But if any of us searches more deeply, we find depths in motivation. Underneath the sequence of routine events, if we dare to inspect, we find masses of fears and selfish desires. We may hope to find genuine love for others, but we also find laziness, pride, and vague selfish dreams for a future of being loved or having wealth, power, prestige, or beautiful human relationships. Underneath everything else, we either love God or hate him. We serve him or we serve a substitute for him—in fact, many substitutes. We serve self, the fear of man, the lusts of the flesh, and the devil and his agents. As we have observed, all of this is mixed with inconsistency and compromise.

The result is that human motivations are mysterious and unpredictable. Outcomes, in the form of observable behavior, are also unpredictable. The mother who has the habit of giving in to the whining of her child may suddenly decide not to give in. She may suddenly perceive that her indulgence is encouraging the child in willfulness and selfishness. Who can predict when such a thing may happen? God himself may work in the woman’s heart to change her motivations and her perceptions of what she is doing.

All of this impinges on how we analyze history. History involves the intersection of the motives and actions of individuals, and of these individuals in their mutual relations. If we have only events with no meanings, we have the makings of a chronicle. If we venture into meanings, these tie in with motivations, and our judgments about the likelihood of events mix in with our judgments about motives.

History involves people, and people are unfathomably deep and complex. Historical analysis is tremendously challenging as a result.

This article is adapted from Redeeming Our Thinking about History: A God-Centered Approach by Vern S. Poythress.

10 Things to Remember When Reading the Bible

At the heart of the Bible is the gospel, the good news that Christ has come and has lived and died and has risen from the dead, and now lives to intercede for us.

Is There a Distinctively Christian Approach to History?

Justin Taylor reflects on the immense importance of church history, highlighting why it’s important to make time for it alongside our study of the Bible. 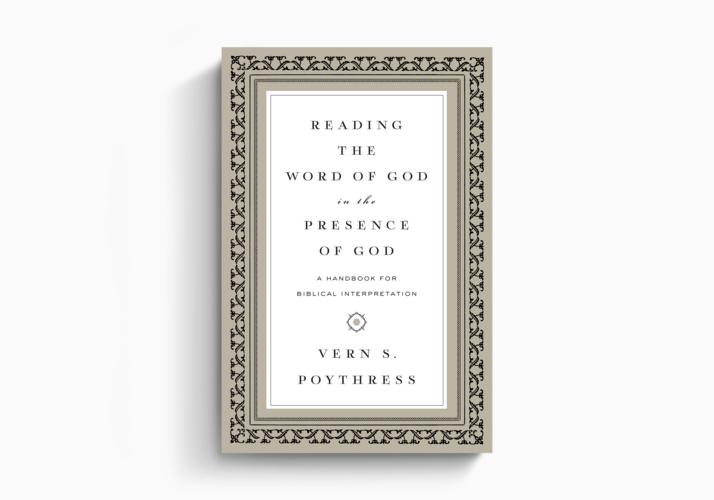 Reading the Word of God in the Presence of God
Vern S. Poythress