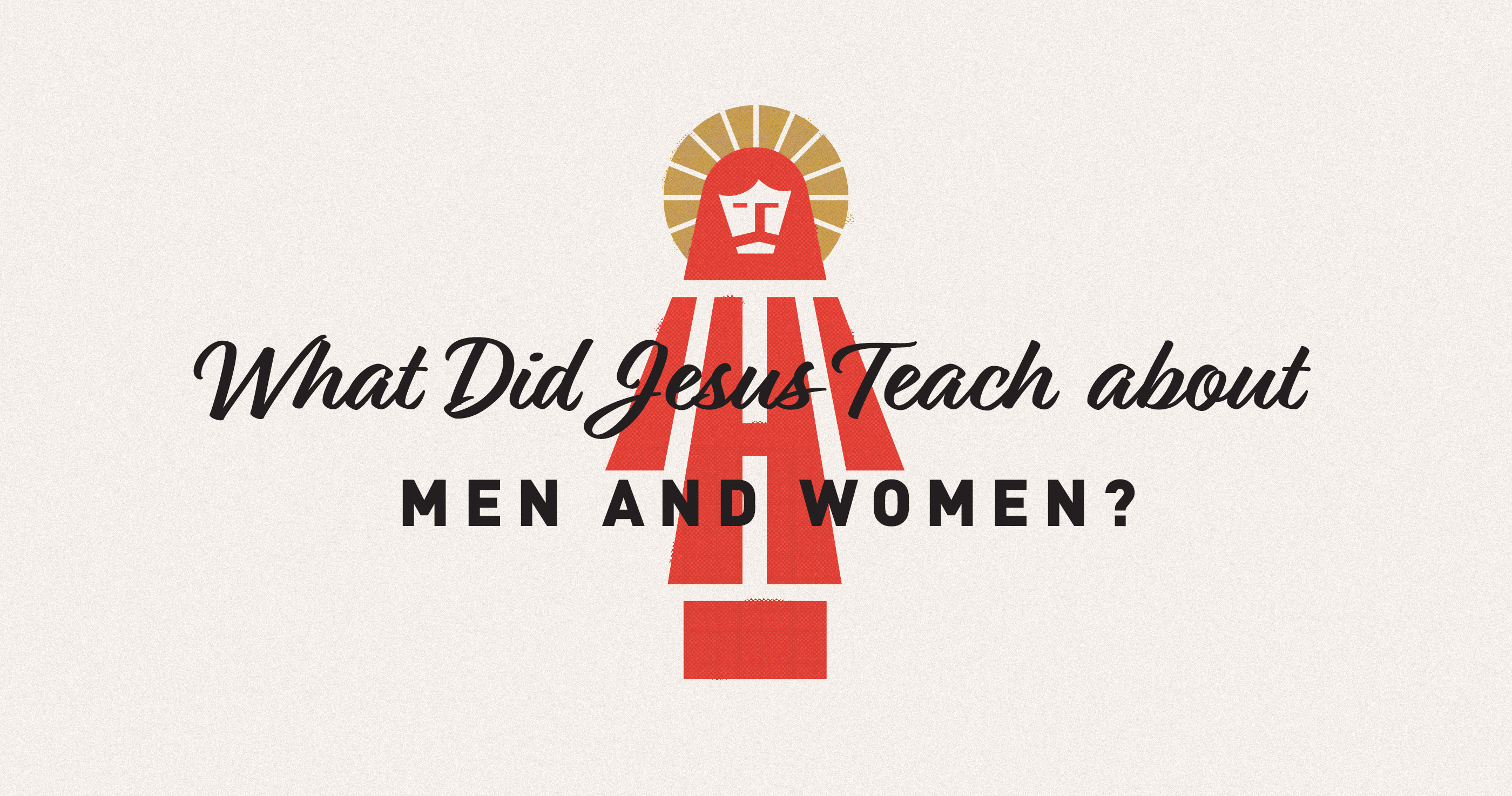 Christ not only valued women very highly, but also demonstrated a clear role distinction between men and women. Nowhere is this issue seen more clearly than in Jesus’ selection of only men for the role of apostle. Many Biblical feminists question the significance of this obvious role distinction, or explain it as cultural or as temporary.

But Jesus was not averse to breaking social customs when he felt it necessary. He criticized Pharisees to their face in public (Matt. 23:13-36), healed on the sabbath (Mark 1:21-27; Luke 13:14; John 5:8-10), and cleansed the temple (John 2:14-17; Matt. 21:12-13). Against custom, Jesus spoke to the Samaritan woman (John 4:7-9), ate with tax collectors and sinners (Matt. 9:11), and even ate with unwashed hands (Mark 7:1-23)! The point is that when moral issues were at stake, Jesus did not bend to cultural pressure. No, it was not social custom or cultural pressure that caused Jesus to appoint an all-male group of apostles. Had he so desired, he could easily have appointed six men and their wives as apostles, since the wives of the apostles frequently accompanied them (1 Cor. 9:5). But no such arrangement was initiated.

In fact, Jewish culture did accept women into positions of leadership. Just three decades before Herod the Great took over as king, Israel was ruled for years by Queen Alexandra. The fact that an occasional judge (Deborah, Judg. 4-5), or ruler (Athaliah, 2 Kings 11:3) was a woman also demonstrates that female leadership was possible. Even though many women have excellent leadership qualities, God still has clear role distinctions in mind when apostleship and eldership are considered.

After spending all night in prayer (Luke 6:12), Jesus chose his twelve apostles (Matt. 10:2-4; Mark 3:13-19). Apostleship was to involve leadership, rulership, and the reception of special revelation. Several functions of the apostles were immediately discernible: (1) The apostles were to be with Christ, undoubtedly to learn extensively and to be trained firsthand (Mark 3:14-15). (2) The apostles were the obvious official leaders in the early church. See Acts 2:14; 5:12, 18, 40, 42; 6:2-4; 9:29; 15:2, and Galatians 1:17. (3) Special rulership was committed to the apostles. Christ promised that the apostles would sit on twelve thrones ruling over the twelve tribes of Israel (Matt. 19:28; Luke 22:30). (4) Christ promised the apostles reception of special revelation (John 16:13-15) and a special teaching ministry of the Holy Spirit (John 14:26). (5) As a testimony of the fact that male leadership in the church has been permanently established by Christ, the names of the twelve apostles are forever inscribed on the very foundations of heaven itself. “Now the wall of the city had twelve foundations, and on them were the names of the twelve apostles of the Lamb” (Rev. 21:14, NKJV).

None of the above roles was performed by the women who followed Christ or ministered to him. Though highly valued and given a new dignity by Christ, their roles were different from those of the men Christ selected for his top leadership positions. Women gave to Christ, served him, fellowshipped with him, accompanied him, learned from him, prayed, and testified of their salvation and of Christ’s resurrection. But no woman in Christ’s ministry was called, commissioned, or named as an apostle, or even performed in the role of an apostle. These roles and functions Christ reserved for men.2

Aida Spencer discounts these distinctions implied in Christ’s choice of men as his apostles. She reasons, “If Jesus’ choice of twelve male disciples signifies that females should not be leaders in the church, then, consistently his choice also signifies that Gentiles should not be leaders in the church.”3In another setting Spencer voiced the same argument. “If the twelve included only Jews, why should we not say that only Jews can be pastors/elders?”4

Her logic can be seen in the following syllogism:

Of course, the argument is invalid, so the conclusion is unproven. Historically, we know it to be false. Spencer wants us to see that Gentiles did occupy eldership positions in scores of “Gentile” churches founded by Paul. She would like us to conclude that if Jewishness is not required for eldership, neither should maleness be required.

But even a superficial analysis of the New Testament reveals that the Jews occupied a unique position during Christ’s earthly ministry. Jesus was born to be a “ruler who will be the shepherd of my people Israel” (Matt. 2:6). Jesus was termed “the consolation of Israel” (Luke 2:25), and he proclaimed, “I was not sent except to the lost sheep of the house of Israel” (Matt. 15:24). He announced a soon-coming kingdom (Mark 1:15) and sent his apostles at first only to the Jews (Matt. 10:6), promising them eventual rulership over the twelve tribes of Israel (Matt. 19:28; Luke 22:30; cf. Acts 1:6). Considering the Jewishness of Christ’s mission to redeem Israel (Luke 24:21), it is not surprising to find all Jews on the initial list of apostles. It was not cultural pressure but God’s plan to bring salvation through the Jews that led to twelve Jewish apostles.

With the resurrection, Christ’s mission expanded to include Gentiles (Matt. 28:19) “in this one body” (Eph. 2:16), the church. Gentiles were not only saved, but became elders in the new organizational units of local churches. A Gentile (Luke) wrote two books of the New Testament (Luke and Acts), and several Gentiles such as Titus and Epaphroditus were Paul’s apostolic assistants and coworkers. Thus, Jewish apostles were unique and foundational, but Gentiles rapidly came to assume leadership in the church.

But was maleness, like Jewishness, to be discarded as a requirement for apostle or elder? Was maleness only foundational as well? There is clearly a difference in this case. First, the church did not start as all male and then later become both male and female. Christ’s followers were male and female from the beginning, and both men and women were present at the beginning of the church at Pentecost (Acts 1:14). Second, from all we can tell, male leadership was perpetuated by those whom Christ initially taught, trained, and to whom he committed the future leadership of his church. Since Acts continually reminds us of the leading of Christ and of the Holy Spirit in the work of the church and its leaders, the assumption is that leadership choices were also made in that manner.

No barriers need exist between a believer and the Lord Jesus Christ, regardless of gender.

That male leadership is to continue as the norm is borne out almost immediately once the church begins. In Acts 1:15-26, the first and only replacement apostle was selected. Evans asserts that women no doubt met the requirements to be an apostle “as set out in Acts 1:21-22.”5 She overlooks, however, that one of the very conditions listed is to be a male—“. . . it is necessary to choose one of the men [Greek andron] who have been with us . . .” (Acts 1:21, emphasis added).6

A further example is not the direct teaching of Jesus, but additionally strongly suggests that male leadership in the church was Jesus’ intention. This comes out of the selection instructions and results in Acts 6, where the first leaders besides the apostles were appointed. Plenty of women were numbered among the believers according to Acts 1:14; 5:1 and 5:14. A problem arose regarding the neglect of certain women (Acts 6:1). The church was told to select seven qualified men (andras, Acts 6:3). If the instruction had been to look for seven “human beings” (anthropous), and then only men had been selected, we might say their choice was cultural or perhaps happenstance. Instead, the choice of men was deliberate.

Therefore, we can conclude that in the choice of the twelve apostles, in the choice of only men to write the New Testament scriptures, in the other leadership tasks given uniquely to the apostles, in the pattern of male leadership followed by those whom Jesus taught most closely, and even in the twelve names inscribed on the foundations of the heavenly city, Jesus clearly affirmed an abiding role distinction between men and women and an abiding leadership role for men.

But even though clear role distinction is seen in Christ’s choice of the apostles and in the exclusive type of work they were given to perform, no barriers need exist between a believer and the Lord Jesus Christ, regardless of gender. Jesus demonstrated only the highest regard for women, in both his life and teaching.

He recognized the intrinsic equality of men and women, and continually showed the worth and dignity of women as persons. Jesus valued their fellowship, prayers, service, financial support, testimony and witness. He honored women, taught women, and ministered to women in thoughtful ways.

As a result, women responded warmly to Jesus’ ministry. Have things changed too drastically today for us to see this same Jesus? Not at all. Modern women can find the same rich fulfillment in serving Christ as did the Marys and Marthas of Judea, or the Joannas and Susannas of Galilee.

This article is written by James A. Borland and adapted from Recovering Biblical Manhood and Womanhood: A Response to Evangelical Feminism edited by John Piper and Wayne Grudem. 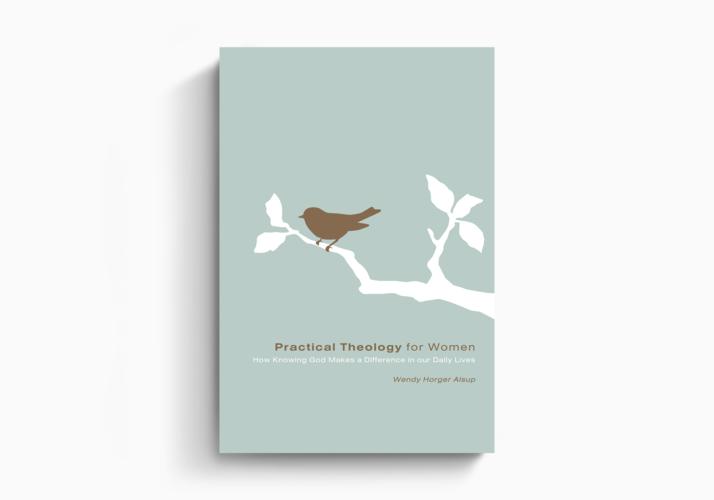 Practical Theology for Women
Wendy Horger Alsup
Crossway is a not-for-profit Christian ministry that exists solely for the purpose of proclaiming the gospel through publishing gospel-centered, Bible-centered content. Learn more or donate today at crossway.org/about.