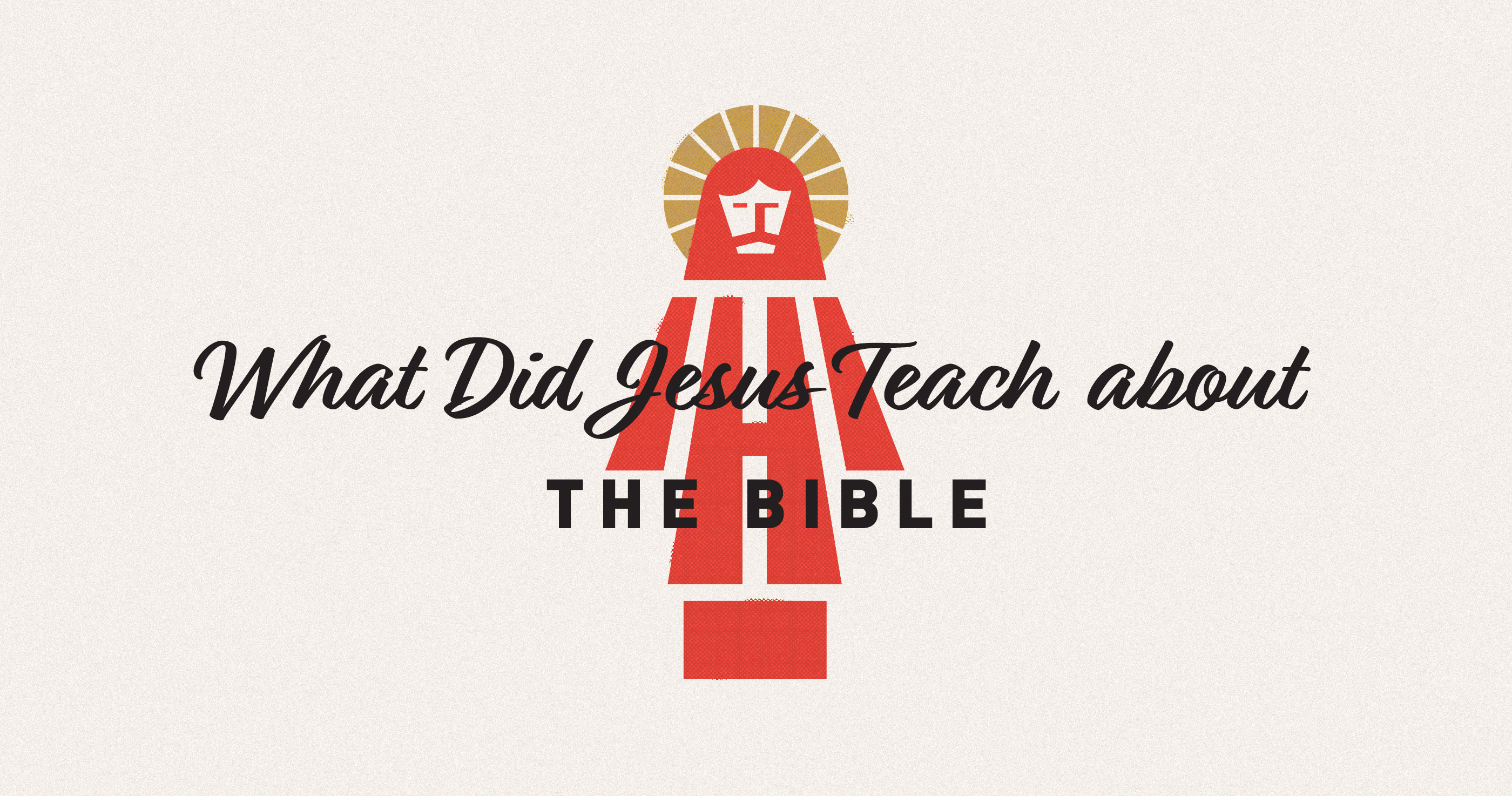 Jesus taught that the Old Testament was the Word of God in seven ways.

1. It is divinely authoritative.

In the Sermon on the Mount, a passage loved by conservatives and liberals alike, Jesus claimed that not even the smallest little mark in the Scriptures—the equivalent of a dot on an “i” or a cross on a “t”—will ever perish: “Do not think that I came to destroy the Law or the Prophets,” he declared. “I did not come to destroy but to fulfill. For assuredly, I say to you, till heaven and earth pass away, one jot or one tittle will by no means pass from the law till all is fulfilled” (Matt. 5:17, NKJV). Jesus could not express the imperishability of the Scriptures more forcefully.

In John 10, Jesus was about to be stoned for blasphemy. To get himself out of this jam, Jesus cited the Old Testament and declared, “the Scripture cannot be broken” (John 10:35, NKJV). In other words, when his life was on the line, Jesus referred to an infallible authority that cannot be broken—the Scripture. Furthermore, he later affirmed the truth of the Scriptures when he prayed for the disciples, “Sanctify them by the truth; your word is truth” (John 17:17).

5. It is historically reliable.

In addition to declaring that the Old Testament is divinely authoritative, imperishable, infallible, and inerrant, Jesus affirmed two of the most historically disputed stories in the Old Testament: Noah (Matt. 24:37–38) and Jonah (Matt. 12:40). Jesus spoke of those stories as being historically true. And why wouldn’t they be true? The miracles associated with Noah and Jonah are child’s play for the all-powerful God who created the universe. With our limited intelligence, we build great ships and keep people alive for months underwater. Why couldn’t God do the same?

Jesus also affirmed other aspects of the Old Testament that the critics deny. Jesus taught that Daniel was a prophet (Matt. 24:15) while many critics say Daniel was merely a historian. (The critics claim a later date for Daniel, because surely he couldn’t have made all those predictions. Their anti-supernatural bias is revealed again.) Furthermore, Jesus specifically quoted different sections of the book of Isaiah (e.g., Matt. 7:6–7; 13:14–15; Luke 4:17–19), never once suggesting that there were two or three Isaiahs as many critics claim.

6. It is scientifically accurate.

Jesus made other claims that contradict those of today’s critics. When asked if divorce was acceptable, Jesus cited a scientific fact out of Genesis. He said, “Haven’t you read that at the beginning the Creator ‘made them male and female,’ and said, ‘For this reason a man will leave his father and mother and be united to his wife, and the two will become one flesh’? So they are no longer two, but one. Therefore what God has joined together, let man not separate” (Matt. 19:4–6). In other words, the nature of marriage is bound up in the scientific fact that Adam and Eve were created for a purpose.

There’s no question Jesus considered the entire Old Testament to be the inerrant, written Word of God.

Moreover, Jesus did not accept the false idea that the Bible could tell you how to “go to heaven” but not “how the heavens go.” He told Nicodemus, “If I told you earthly things and you do not believe, how will you believe if I tell you heavenly things?” (John 3:12, NASB). In other words, Jesus taught that if the Bible does not speak truthfully about the physical world that you can see, then it cannot be trusted when it speaks about the spiritual world that you cannot see. Indeed, Christianity is built on historical events—such as Creation and the Resurrection—that can be tested through scientific and historical investigation. While adherents of other religions may accept a complete separation from science, Christians do not. Truth about the universe cannot be contradictory. Since all truth is God’s truth, religious beliefs must agree with scientific facts. If they do not, then either there is an error in our scientific under- standing, or our religious beliefs are wrong. As we have seen, many of the claims of Christianity are affirmed by scientific investigation. Christ knew it would be this way.

7. It has ultimate supremacy.

Since Jesus taught that the Old Testament is divinely authoritative, imperishable, infallible, inerrant, historically reliable, and scientifically accurate, you would expect him to assert that it has ultimate supremacy over any teaching of man. This is exactly what Jesus said. He corrected the Pharisees and the teachers of the law by claiming that they should be obeying the Old Testament Scriptures instead of their own man-made traditions. He said, “Why do you break the command of God for the sake of your tradition? . . . . You nullify the word of God for the sake of your tradition” (Matt. 15:3, 6). He then blasted them for failing to live up to the Scriptures by quoting from the Old Testament: “You hypocrites! Isaiah was right when he prophesied about you: ‘These people honor me with their lips, but their hearts are far from me. They worship me in vain; their teachings are but rules taught by men’” (Matt. 15:7–9). Why would Jesus correct the religious leaders of Israel with the Old Testament unless the Old Testament had ultimate supremacy over their own ideas?

In light of Jesus’ teaching, there’s no question he considered the entire Old Testament to be the inerrant, written Word of God. He said he came to fulfill the entire Jewish Old Testament (Matt. 5:17), which he referred to as “the Law and the Prophets” (Matt. 5:17; Luke 24:26–27). And he told the Jews, “You diligently study the Scriptures because you think that by them you possess eternal life. These are the Scriptures that testify about me, yet you refuse to come to me to have life” (John 5:39–40).

So Jesus came to fulfill the Scriptures that testify of him.

This article is adapted from I Don’t Have Enough Faith to be an Atheist by Norman L. Geisler and Frank Turek. 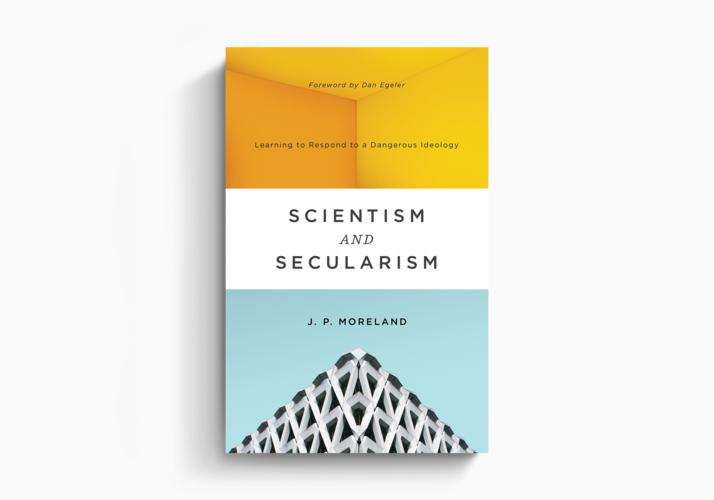