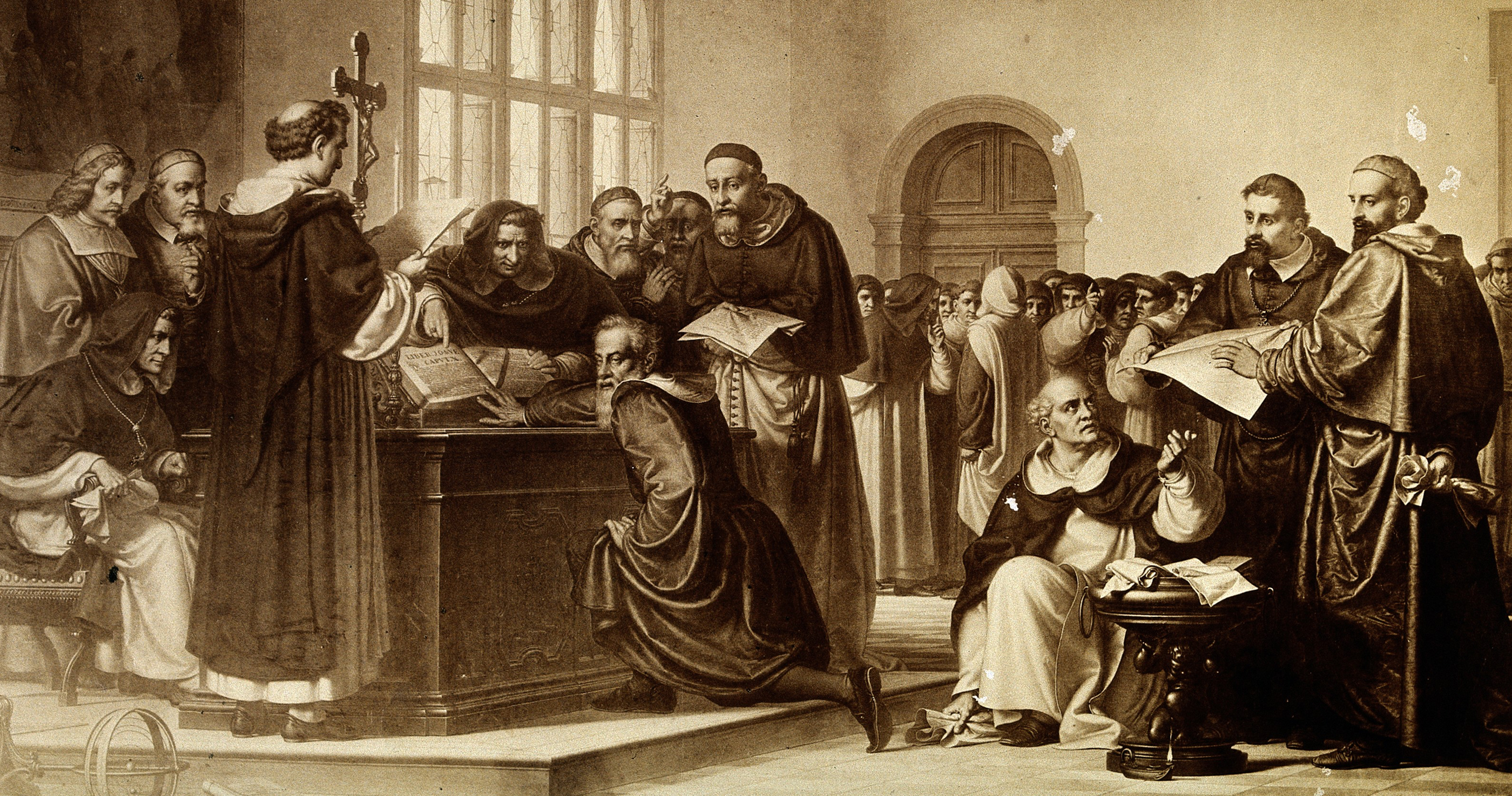 The Seeds of Divorce

The dispute between the church and Galileo sowed the seed for the apparent divorce between science and faith. The dispute was about the theory of the universe, presented by Nicolaus Copernicus (1473–1543) in 1543, that the sun was at the center of the universe. This theory was in opposition to the Aristotelian view promoted by the church, that the sun and other planets were in orbit around the earth. Galileo favored the Copernican model because of what he observed through his own telescopes, particularly that the moons of Jupiter were in orbit around the planet Jupiter. These were landmark telescopic observations—not all bodies in the universe were orbiting the earth!

Copernicus’s theory was regarded as heretical because it clashed with the church’s interpretation of the biblical creation account, in which God “set the earth on its foundations” (Ps. 104:5). Harvard historian Owen Gingerich carefully elaborates:

As far as the theologians were concerned, the Copernican system was not really the issue. I can hardly emphasize this point enough. The battleground was the method itself, the route to sure knowledge of the world, the question of whether the Book of Nature could in any way rival the inerrant Book of Scripture as an avenue to truth.1

Who controls the access to the wells of truth?

Pope Urban VIII allowed Galileo to continue his investigations of the heavens, provided his findings were presented as theory, not as fact. But in the end, Galileo could not restrain himself from fully embracing the heliocentric system.

Galileo was summoned from Florence to Rome for trial by the Inquisition in 1633. He saw no conflict between the domains of scientific research and faith in God. He believed that study of the universe would promote greater understanding of the correct interpretation of the Scriptures. But the label of Galileo as a suspected heretic prevailed in the trial, and he was forced to recant and sentenced to house arrest: he died in Arcetri and on January 9, 1642, was buried in an unmarked grave.2

Who controls the access to the wells of truth?

Galileo was far-reaching in his views: he saw the difference between the nature of truth (Scripture) and the truth of nature (science).3 Although it soon became clear that Galileo’s worldview was correct, it took until 1992 for the church to offer an acknowledgment of the error of the theologians at the time. Here are the words from Pope John Paul II:

Thanks to his intuition as a brilliant physicist and by relying on different arguments, Galileo, who practically invented the experimental method, understood why only the sun could function as the centre of the world, as it was then known, that is to say, as a planetary system. The error of the theologians of the time, when they maintained the centrality of the earth, was to think that our understanding of the physical world’s structure was, in some way, imposed by the literal sense of Sacred Scripture. Let us recall the celebrated saying attributed to Baronius: “Spiritui Sancto mentem fuisse nos docere quomodo ad coelum eatur, non quomodo coelum gradiatur” [“It was the Holy Spirit’s intent to teach us how one goes to heaven, not how the heavens go”]. In fact, the Bible does not concern itself with the details of the physical world, the understanding of which is the competence of human experience and reasoning. There exist two realms of knowledge, one which has its source in Revelation and one which reason can discover by its own power. To the latter belong especially the experimental sciences and philosophy. The distinction between the two realms of knowledge ought not to be understood as opposition. The two realms are not altogether foreign to each other, they have points of contact. The methodologies proper to each make it possible to bring out different aspects of reality. . . .

Thus the new science, with its methods and the freedom of research which they implied, obliged theologians to examine their own criteria of scriptural interpretation. Most of them did not know how to do so.

Paradoxically, Galileo, a sincere believer, showed himself to be more perceptive in this regard than the theologians who opposed him.4

A Battle for the Soul

As Pope John Paul II emphasized, it was a battle for the soul of the world then, and it is a battle for the soul of the world now. What better aid for us to use four centuries later than the actual letter written by Galileo in 1615 and addressed to the Grand Duchess of Tuscany? The letter is about the harmony between the new science and faith in God. It is a letter of such significance that it does not escape mention by Pope John Paul II.

Notes:
1. Owen Gingerich, “The Galileo Affair,” Scientific American 247, no. 2 (1982): 123–24; italics added.
2. Maurice A. Finocchiaro, ed. and trans., The Essential Galileo (Indianapolis: Hackett, 2008), 24. The present whereabouts of Galileo’s mortal remains will be discussed later.
3. This eloquent expression comes from Gingerich, “Galileo Affair,” 119.
4. John Paul II, “Allocution of the Holy Father John Paul II to the Participants in the Plenary Session of the Pontifical Academy of Sciences,” October 31, 1992, in Papal Addresses to the Pontifical Academy of Sciences 1917–2002, Pontificiae Academiae Scripta Varia, no. 100 (Vatican City: Pontificia Academia Scientiarum, 2003), 336–43.
5. We are indebted to Ottavio and Daniele Besomi, Massimo Bucciantini, Michele Camerota, and George Coyne for their insights into these aspects of the Letter to the Grand Duchess Christina of Tuscany.

This article is adapted from God and Galileo: What a 400-Year-Old Letter Teaches Us about Faith and Science by David L. Block and Kenneth C. Freeman.