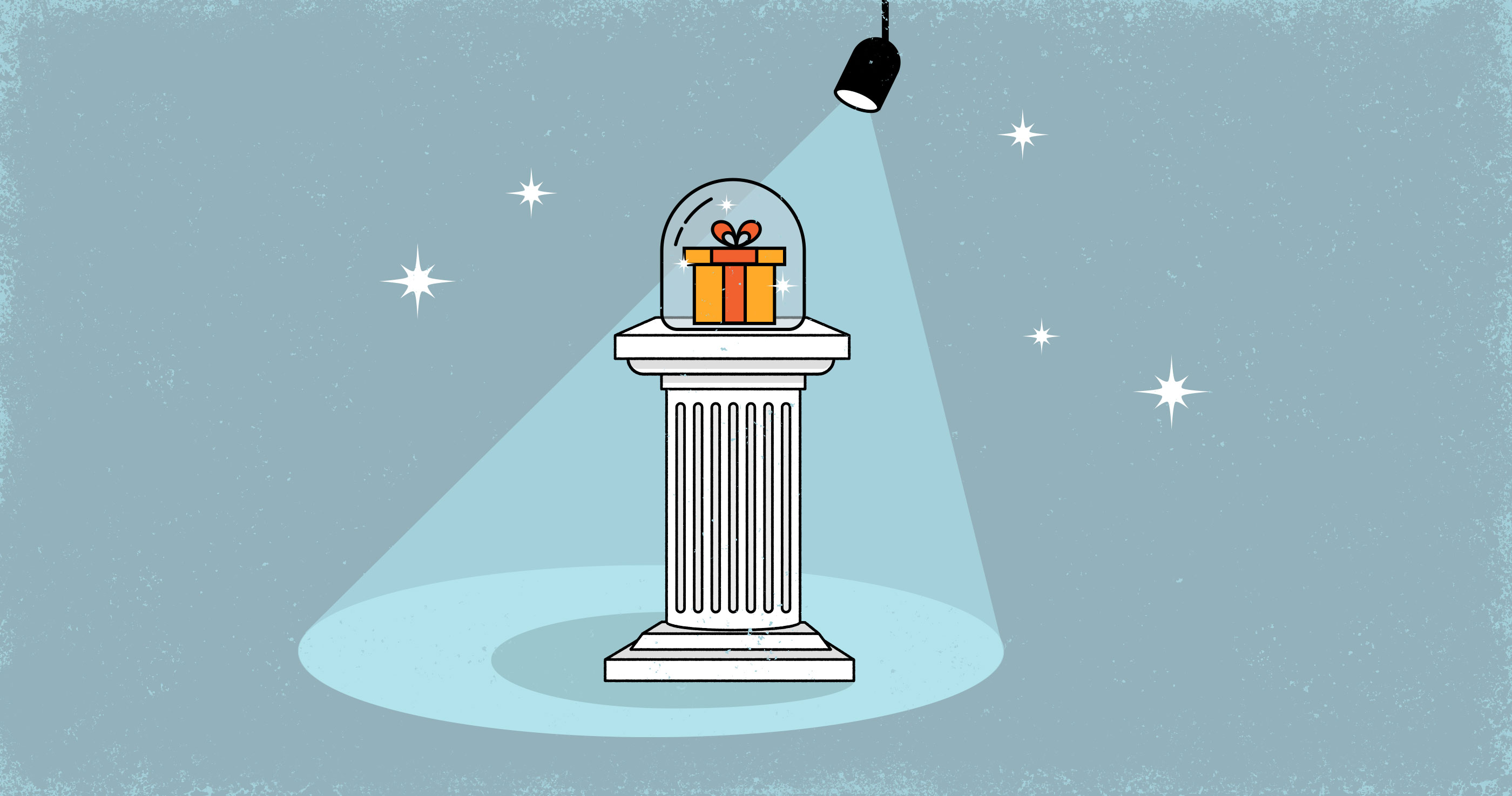 “Motherhood is a woman’s highest calling.” It was said with awe, reverence, and authority. And it was said at a baby shower I went to a couple years ago. I was in attendance along with various friends, including one deeply saddened by infertility and one who longed to be married.

Knowing my friends’ burdens, the statement stung like a slap on the cheek. I inwardly debated whether or not to stand up right then and there and say, “Sorry, that’s absolutely not true.” If you’ve ever led a Bible study or hosted more than a few people with more than a few opinions, you know the feeling. Say something now for the sake of everyone in the room, or let it go and try to do damage control later?

I went with the latter option, not having it in me at the time to sour the mood of the shower. I called my friend facing infertility as soon as I got in my car to go home. “I am so sorry you had to hear that,” I said. She’s smart and strong in the Lord and took it in stride, but it had left a mark for sure. We lamented the destructive impact the falsity might have had on everyone else in the room. My other friend, the single one in attendance, was unfazed, her eye still on the prize of assumed marriage and motherhood in her future.

Jen Oshman casts a vision for women to reject the idols of our age and find real hope in Jesus, embracing their identity in Christ and recovering his design and purpose for their lives.

We love a story that ends with true love and happily ever after. We’re raised on fairy tales: the sweet couple overcoming all odds, uniting in the end, and raising beautiful children while the sun sets in the distance. It’s the stuff of romantic comedies, Hallmark movies, and almost every Disney story.

And indeed, marriage and motherhood are good gifts. You will never catch me saying otherwise. Romantic love is a blessing. Covenantal love in marriage is remarkable. Marriage as a symbol of Christ’s love for the church induces awe and worship in me. Children are a gift from the Lord (Ps. 127:3). Whoever receives these gifts should rejoice and steward them well.

But the Christian church—at least the church in the United States, which I love and serve with my whole heart—has a tendency to set marriage and motherhood on a pedestal that Scripture does not support. Remember, “an idol is whatever you look at and say, in your heart of hearts, ‘If I have that, then I’ll feel my life has meaning, then I’ll know I have value, then I’ll feel significant and secure.’1

Idols are good things that we turn into ultimate things.

We in the church can know we’ve made marriage and motherhood idols by the way we talk about them and frame them in our ministries and programs. Our words and church bulletins reveal, even though it’s likely subconscious, that we can’t imagine that unmarried or childless adults have really “arrived.” We doubt their maturity until they have a spouse and some kids to prove it.

I know many singles and childless couples who have been wounded, confused, or angered by thoughtless comments made by members of their church family:

Single and childless adults often feel they’re an afterthought. They know they’re usually the last ones to be considered to host or lead an event. They sense that others think they’re living a prolonged adolescence. And so, many simply leave the church. A recent LifeWay study reveals that amongst Christians ages twenty-three to thirty who stopped regularly attending church, 29 percent said it was because they no longer felt connected to the people there.2

Trying to Counter the Culture

Marriage and motherhood are good gifts. But, like all good gifts, if we look to marriage and motherhood for our ultimate meaning, value, significance, or security, rather than to God himself, then they do indeed become idols. We, especially in the church, can place more weight on these temporary and secondary gifts than they are meant to bear. But how did that happen? How did we come to do this?

For decades the church has been busy fighting cultural counterfeits that are basically the exact opposite of marriage and motherhood—things like the autonomy of self, hooking up, and abortion. The church has been right to react against the ways the Sexual Revolution has denigrated women, marriage, and families. But in so doing, we have unwittingly devalued singleness and childlessness, which are no less valuable, no less designed by God, and no less intended by our Creator than marriage and parenthood.

Let’s Not Moralize Marriage and Motherhood

The thing about “motherhood is a woman’s highest calling” is that it’s a moral judgment. It says good women are moms. It says motherhood is the best way to be a female. I love being a mom and I count it one of my greatest joys, but it is by no means the result of my good behavior or my wise choices or an indication of my preferred status in God’s kingdom. It is not who I am.

When we moralize marriage and motherhood in this way, we inadvertently create a hierarchy in the church with the moms on top (the more children the godlier) and the singles without children on the bottom. Unknowingly, we laud the former and alienate the latter.

Your highest calling and mine is not limited to a temporary role here on earth.

Not only that, but we diminish diversity. My single friend who is a missionary and a spiritual mother to many says this false idea about motherhood reduces women to one dimension, when we are really made for so much more. Our God is creative and has designed each one of us with various skills, abilities, and resources. Whatever you and I do, in word or deed, let’s do everything in the name of the Lord Jesus, giving thanks to God the Father through him (Col. 3:17).

Your highest calling and mine is not limited to a temporary role here on earth. Marriage and motherhood are fleeting. They cannot deliver the soul satisfaction we long for. Our spouses and children will falter and fail; they will never give us what only Jesus can, because you and I were created by Jesus and for Jesus.

If you have made marriage and motherhood the prize of your life—whether they are your roles now or you long for them to be—you will undoubtedly come up against anger and disappointment, because they will inevitably fall, as idols do. The older brother yells at his father, “Look, these many years I have served you, and I never disobeyed your command, yet you never gave me a young goat, that I might celebrate with my friends” (Luke 15:29). He was after his father’s goods, rather than the father himself. But just as the father went to the Prodigal, so our Father comes to us.

“Son,” the father says, “you are always with me, and all that is mine is yours” (Luke 15:31). This promise is for you and me too. All that is the Father’s is ours. He’s been here with us all along, but we have not drawn near. We have sought the gifts instead of the giver. May it not be so. May you and I and every woman—married or not, childless or not—seek the things that are above, where Christ is. He is our life, and one day we will appear with him and his whole family in glory (Col. 3:2–4).

This article is adapted from Cultural Counterfeits: Confronting 5 Empty Promises of Our Age and How We Were Made for So Much More by Jen Oshman.

Jen Oshman has been in women’s ministry for over two decades as a missionary and pastor’s wife on three continents. She’s the mother of four daughters, the author of Enough about Me: Find Lasting Joy in the Age of Self, and the host of All Things, a podcast about cultural events and trends. Her family currently resides in Colorado, where they planted Redemption Parker, an Acts29 church.

Podcast: The Danger in Being a Self-Made Woman (Jen Oshman)

What does it look like to pursue real fulfillment in God, rather than in ourselves? And what's wrong with the self-obsessed, individualistic culture that dominates our world today?

It’s at the cross that we lay down our indifference and our fears about the work set before us in shepherding eternal souls in favor of full investment and commitment to the job.

Children are a gift from the Lord, and he is faithful to grant wisdom and guidance to those who are called to shepherd those in their care.

Jen Oshman discusses the many empty promises that the culture of the modern world makes that run counter to the clear teaching of Scripture and God's good plan for us.

Missional Motherhood
Gloria Furman
Crossway is a not-for-profit Christian ministry that exists solely for the purpose of proclaiming the gospel through publishing gospel-centered, Bible-centered content. Learn more or donate today at crossway.org/about.