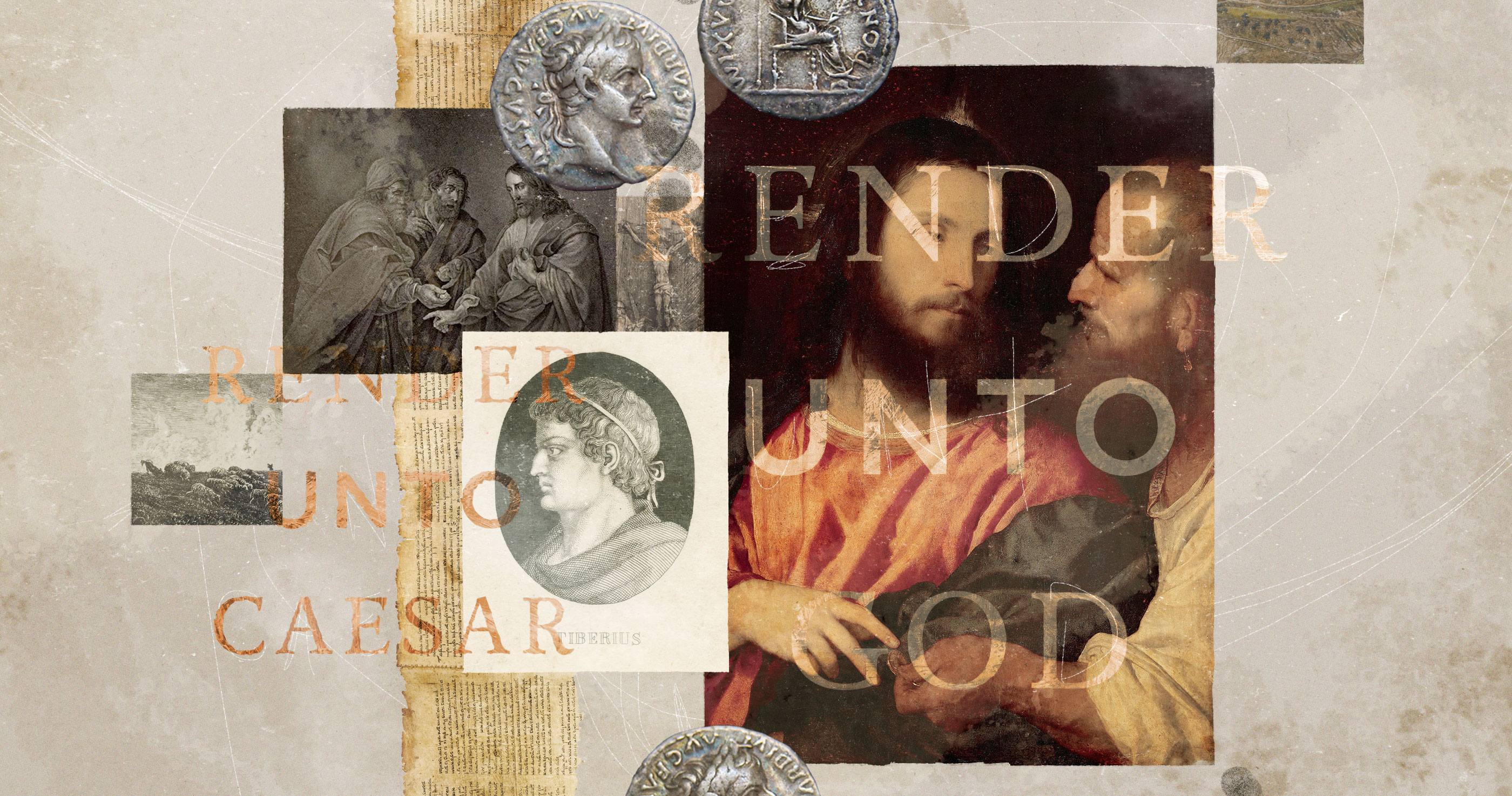 What was so unusual and so attention-grabbing about Jesus’s teaching? Part of it was that once people began to challenge him and ask him questions, Jesus proved to be a masterful chess player. He simply refused to get caught in verbal or intellectual traps, and in fact always managed to turn the heat back on the one who posed the challenge in the first place. And even then, he did it in a way that would not only win the argument, but also spiritually challenge everyone listening. Let me show you an example.

Matthew 22 recounts a time when Jesus was teaching in the temple in Jerusalem and a group of Jewish leaders approached him in order to challenge him. Now, this wasn’t an accidental meeting. These leaders had planned the whole thing; the story even starts by saying that the Pharisees “plotted how to entangle him in his words.” They also wanted to do it publicly, so they walked up while Jesus was teaching in the temple, probably pushed through a crowd, and interrupted him. They started with flattery. “Teacher,” they crooned, “we know that you are true and teach the way of God truthfully, and you do not care about anyone’s opinion, for you are not swayed by appearances.” You can see what they’re doing here—trying to force Jesus to answer by implying that if he doesn’t, he’s a charlatan and a quack.

So, the stage set, they ask him a question. “Tell us, then, what you think. Is it lawful to pay taxes to Caesar or not?”1 Now, that question must have taken some time and planning to develop, because it is exquisite in its precision. It’s meant to skewer Jesus and, one way or the other, end his influence and perhaps even get him arrested. Here’s how: In those days, the prevailing opinion among the Pharisees—and they taught this to the people, too—was that it was actually sinful to give any honor at all, including taxes, to a foreign government. To do so, they thought, was inherently to dishonor God himself. So think about it: how did the Pharisees want Jesus to answer their question? By publicly agreeing with them that paying the taxes was unlawful and inherently dishonoring to God—or not?

The truth is that they didn’t care how he answered. Either way, they thought they had him. On the one hand, if Jesus said, “Yes, it is lawful to pay taxes,” the crowd would be furious, and Jesus’s influence would be shattered. But on the other hand, if he said, “No, don’t pay the taxes,” then he was risking the wrath of the Romans for publicly inciting sedition, and he’d probably be arrested—in which case his influence would also be over. Either way, that’s what the Pharisees wanted—the end of Jesus as a cultural force. But Jesus eluded the trap, turned the whole question on its head, and left them all, again, astonished.

“Show me the coin for the tax,” he said. So they handed him one. Jesus looked at it and held it up to the crowd. “Whose likeness and inscription is this?” he asked. It was an easy question. “Caesar’s,” they answered. And they were correct. Right there on the coin was the face and name of Emperor Tiberius Caesar. That’s whose coin it was. It belonged to him. It had his face on it, it was made in his mints, and the Jewish people obviously were happy to use those coins for their own benefit. Given all that, why shouldn’t they give back to Caesar what was so obviously his? So Jesus said to them, “Therefore render to Caesar the things that are Caesar’s, and to God the things that are God’s.”2

Now that seems like a pretty straightforward answer, doesn’t it? It’s Caesar’s coin; pay the tax. And yet the Bible says that when the people heard it, they marveled. Why? Well for one thing, Jesus had just redefined the way the Jewish people should think about their relationship to the Romans, and he had undercut the teaching of the Pharisees at the same time. However you sliced it, it simply was not dishonoring to God in any way to give Caesar what was rightfully and obviously his.

You are created in his image and in his likeness, and therefore you belong to him and are accountable to him.

But there was another level of depth to what Jesus said, too, and that’s what left the people slack-jawed in amazement. Think back to the question Jesus asked when he showed the crowd the coin. “Whose image is on this?” he said, and when they answered that it was Caesar’s, Jesus took that as proof of ownership. It was Caesar’s image on the coin, and therefore he owned it, and therefore you should give to Caesar what is Caesar’s.

Give to God What Is His

But—and here’s the kicker—you should also render to God what is God’s. That is, you should give to God that which has his image on it. And what, exactly, is that?

Everyone in the crowd, of course, knew immediately. Jesus was talking about Genesis 1:26, where God announced his plans to create humankind by saying, “Let us make man in our image, after our likeness. . . . So God created man in his own image; in the image of God he created him.” You see? Jesus was speaking to the people about something much more profound than political philosophy. He was saying that just as Caesar’s image is on the coin, so God’s image is reflected in the very core of your being. And therefore you belong to him! Yes, there’s a certain honor that’s rendered to Caesar when you acknowledge his image and give his coin back to him. But the infinitely greater honor is rendered when you recognize God’s image in yourself and give yourself—your heart, soul, mind, and strength—to him.

I hope you can see what Jesus was telling his audience. Far more important than any discussion about political philosophy or one nation’s relationship to another is the question of every human being’s relationship to God. Jesus was teaching that all of us are made by God, that indeed you are made by God. You are created in his image and in his likeness, and therefore you belong to him and are accountable to him. And therefore, Jesus said, you should render unto God what is rightfully God’s— nothing less than your whole self.

What Did Jesus Teach about Divorce and Remarriage?

Despite the fact that the Mosaic law included provisions regulating divorce, the Old Testament makes it clear that divorce falls short of God’s ideal.

Does Scripture Teach that Jesus Is Fully God?

One of the most debated, and at times perplexing, aspects of belief in the Trinity is the question “Does Scripture actually teach that Jesus is fully God?”

What Did Jesus Teach about Men and Women?

Christ not only valued women very highly, but also demonstrated a clear role distinction between men and women.