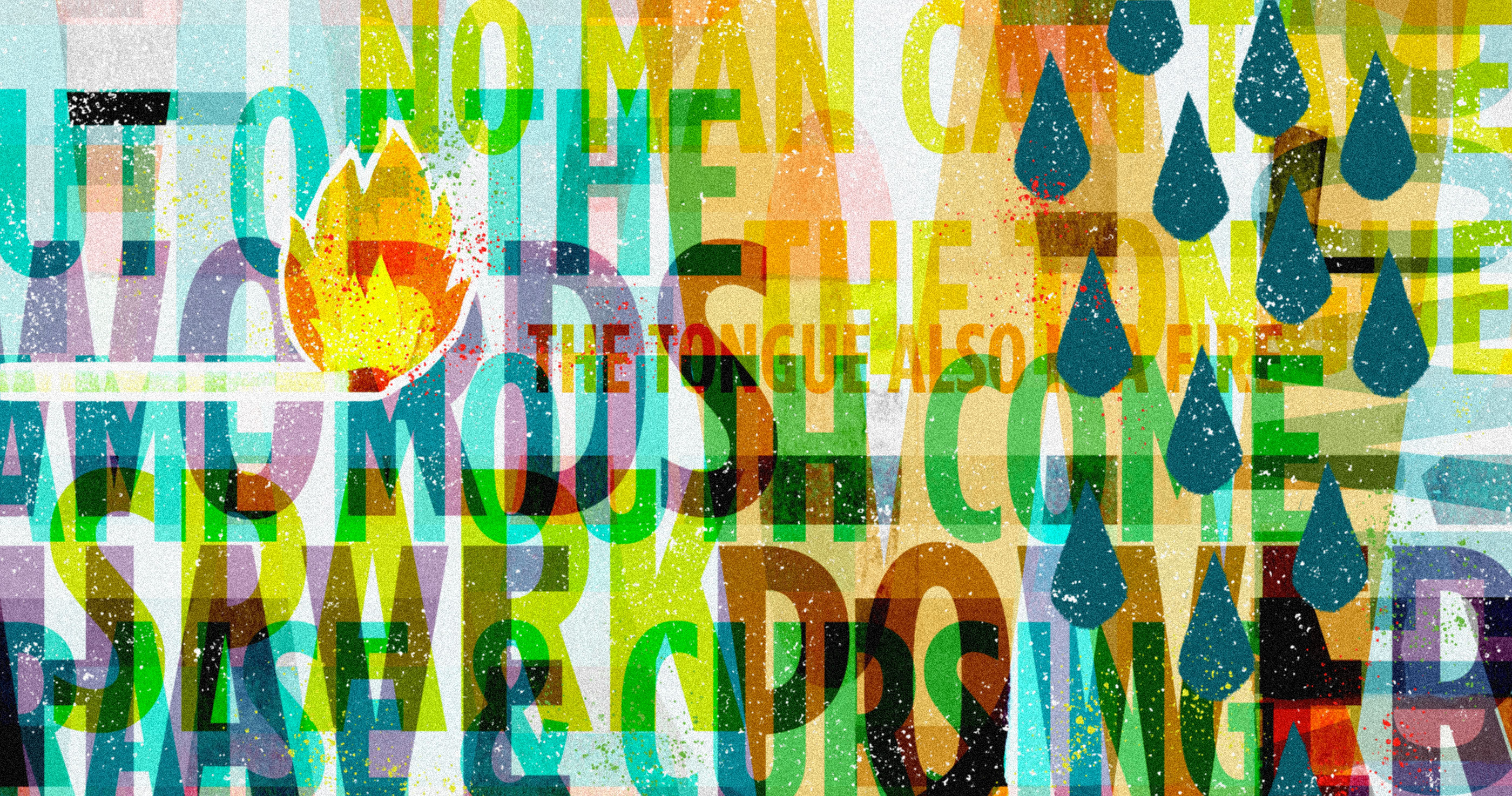 It’s time we realized what an incredible privilege it is to be a woman . . . and what an awesome responsibility! As women, we have tremendous power—and not just over the men in our lives. Think about it: a woman’s sphere of influence today is far more diverse and extensive than ever before. It doesn’t start when (and if) we get married. It doesn’t end when our children leave home. We are not only wives and mothers, but daughters, sisters, aunts, and grandmothers. We are coworkers, employers, and employees. Today we have unprecedented power in the entertainment industry, the corporate world, politics, and sports. Our influence has expanded in churches, our communities, our culture, and around the world!

And the way we wield that influence most often is with our words. Women have a way with words. It begins in toddlerhood, when linguistics experts note that nearly 100 percent of the sounds emanating from our mouths are conversational—in other words, “chit-chat.” Not true for our little brothers and their friends. In fact, as much as 90 percent of their communication at the same age is unintelligible noise: “Vroom, vroom! Bang! Pow!”

We women talk sooner, and we talk more. Way more. It’s been suggested that the average adult man speaks as many as 25,000 words a day. The average woman: 50,000.1 That’s a staggering amount! What kind of words are we speaking? Words that build up, words that tear down. Words that guide and encourage and teach. Words that control and manipulate and deceive.

Remember the women who have spoken powerful words that have shaped your life. The words of a teacher who believed in you . . . a grandmother who faithfully prayed . . . a friend who took the time to listen—and then gave godly counsel—at a critical time in your life.

The Impact of Words

What about words that wounded you? Maybe your mother told you that you were a disappointment to her. Or you had a coach who ripped your performance to shreds. Remember the girls who teased you at school, who told you that you were too fat or too skinny or too tall. Or the boss who predicted you’d never make it in this business. Remember the things you’ve said to yourself in moments of discouragement or despair.

How have these words impacted you—for good or evil?

How have your words impacted others?

These are questions I’ve given a lot of thought to myself. I’m so grateful for the women who have encouraged me; I thank God for them. I have trouble forgiving and forgetting the words of those who have hurt me deeply. In fact, the only thing more painful to me than the memory of some of those words that have been spoken to me is the thought that I might have said the same kinds of things to others. A careless criticism or a thoughtless remark is all it takes to inflict that pain on someone else.

Remember the women who have spoken powerful words that have shaped your life.

My parents (still!) proudly relate that I was a prodigious conversationalist with an extensive vocabulary by the time I was eighteen months old. According to my grandmother, I started preaching to my dollies when I was three. I wish that I could say all of my words have been biblical exhortation! But honestly, I’ve put my foot in my mouth more times than I care to remember. There are times when I said things I shouldn’t—or didn’t say things I should have.

It’s something I struggle with daily, as does every woman I know. As many words as we speak in a day, it’s no wonder. Proverbs 10:19 says, “When words are many, sin is not absent. . . .” The Bible has a lot more to say about the power of our words and the battle to wield them wisely. The book of James observes,

When we put bits into the mouths of horses to make them obey us, we can turn the whole animal. Or take ships as an example. Although they are so large and are driven by strong winds, they are steered by a very small rudder wherever the pilot wants to go. Likewise the tongue is a small part of the body, but it makes great boasts. Consider what a great forest is set on fire by a small spark. The tongue also is a fire, a world of evil among the parts of the body. It corrupts the whole person, sets the whole course of his life on fire, and is itself set on fire by hell. All kinds of animals, birds, reptiles and creatures of the sea are being tamed and have been tamed by man, but no man can tame the tongue. It is a restless evil, full of deadly poison. With the tongue we praise our Lord and Father, and with it we curse men, who have been made in God’s likeness. Out of the same mouth come praise and cursing. (James 3:3–10)

It’s a sobering thought, one that begs the question: How are we doing in our efforts to “tame our tongues”? Are the words we speak words that wound or words that heal? Words that live or words that die? And what do our words reveal about our hearts?

It’s really not overstating it to say that God has given us the incredible potential, the awesome privilege, and the amazing opportunity to impact the lives of those we love in a powerful way. It’s up to us to make the most of it—to learn to use our words wisely and well.

This article is adapted from A Way with Words: What Women Should Know about the Power they Possess by Christin Ditchfield.

Christin Ditchfield is an author, conference speaker, and internationally syndicated radio host. As a professional freelance writer, Christin has written dozens of best-selling gospel tracts and hundreds of articles for national and international magazines. She is the author of more than sixty-seven books and blogs at ChristinDitchfield.com.

Marriage Is a Gateway

Married or single, our hearts should never settle. But no man or woman is the person of our dreams.

15 Ways to Honor Christ as Women

As “true” Christian women, we consecrate ourselves to fulfill his calling and purposes for our lives.