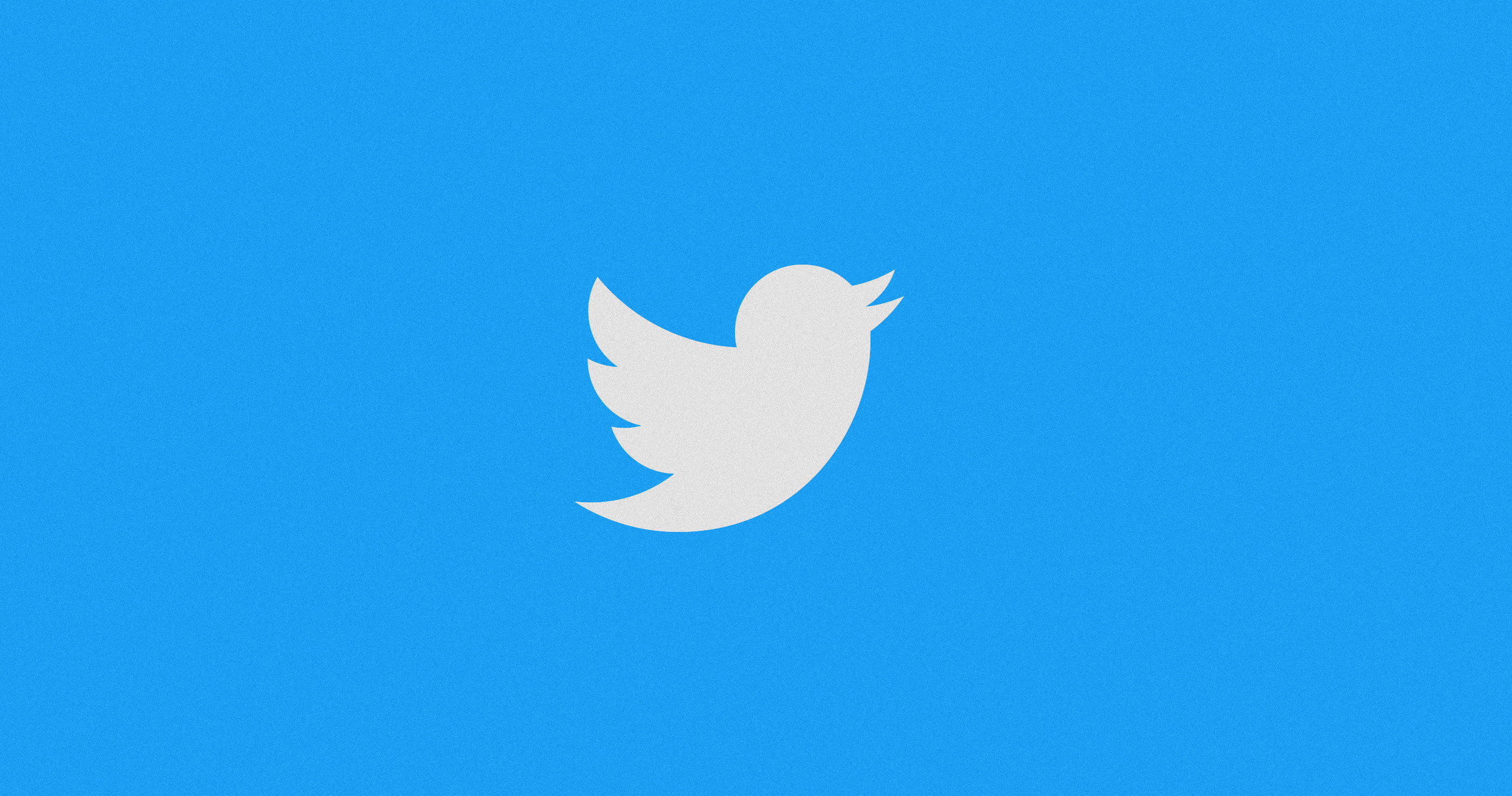 These days, if we want to tell someone who we are, we have to be adept at defining it in 160 characters or less. That’s all you get to say about who you are in your Twitter bio. For your Instagram bio you get only 150 characters. So how does a person express what is at the heart of who she is in 150 or even 160 characters?

Some people—even dead people and made-up people—find interesting ways to do this. Albert Einstein has a Twitter feed, or more accurately, someone made up a Twitter handle and a bio for him. His Twitter handle is, unsurprisingly, @emc2, and he introduces himself this way:

Similarly there is a Twitter account under the name Darth Vader. He uses the handle @darkside. He introduces himself to the Twittersphere this way:

Community Manager for Sith Lord but tweets are my own. Asthmatic. Dad to two rambunctious Jedis.

My favorite might be the Twitter account under the name of “Cowardly Lion,” who says about himself, “Formerly King of the Forest, now Personal Life Coach and Author of The Courage Trap. Helping you discover your inner Lion.™ Likes: Poppies, Good Witches, Toto. Dislikes: Flying Monkeys, Brooms.”

So how about you? When you introduce yourself in person or online, what do you say about who you are and what you do? What does your introduction say about how you see yourself, about where you find the source of your identity?

We all struggle with our sense of identity, don’t we? (Or is it just me?) I have a friend in her fifties who’s in a bit of an identity crisis, trying to figure out who she wants to be and what she wants to do when she grows up. She is one of the most amazing people I know—a godly, radiant, beautiful, fun person. She’s also accomplished a lot in the way that she has given herself away to her kids and her kids’ friends, in the way that she has given herself away to people around her in times of need, and the way she has given herself—her credibility, her passion, and plenty of her money—to a particular cause, all out of love for Christ. But how do you put those kinds of things on a resume or on a bio that follows your name on a website? These are the sorts of things that can easily leave us feeling like nobodies. And, oh, how we long to be somebodies.

What does your introduction say about how you see yourself, about where you find the source of your identity?

I also know women who have lots of degrees and accomplishments to go after their names yet still struggle with their sense of identity, with what has come to define their sense of self. Sometimes we don’t realize how much we’ve defined ourselves by certain relationships or roles until those things are taken away from us and we find ourselves in a full-blown identity crisis.

So how are we meant to see ourselves? And how can finding a solid source of identity keep us from floundering with a fragile or distorted sense of self?

Made in the Image of God

In the first chapter of the first book of the Bible we find the foundation stone on which we are meant to build our sense of self. It’s found in Genesis 1:26: “Then God said, “Let us make man in our image, after our likeness” (Gen. 1:26). We’re reading along in Genesis 1 where the narrator is telling us about all the things that God spoke into being and called “good,” and then the language changes. It’s not, “Let there be man;” it’s, “Let us make man.” He’s not merely speaking man into existence; the entire godhead is getting more personally involved. All the animals have been made “according to their kinds,” but this particular creation, man, is to be made after God’s kind. Evidently God was out to make a creature as much like him as a creature can be. He was out to have a son who looked like him, in fact a people who share his likeness (which, by the way, is still his intention, which will not be thwarted.)

But in what way was this creature in his image? We could answer in a number of ways. Some of them come from other places in the Bible that reflect on the creation of man. For example, in Ephesians 4:24 Paul describes being re-created after the likeness of God “in true righteousness and holiness.” This tells us that there is an ethical or moral aspect to being made in the image of God. To image God is to do what God would do, and God always does what is right. Paul also speaks of being “renewed in knowledge after the image of its creator” (Col. 3:10). So there is a rational aspect to being made in God’s image. To image God is to know what is true and to think the way God thinks.

The psalmist also gives us some insight into what it means to be made in the image of God when he writes about humanity:

Yet you have made him a little lower than the heavenly beings
and crowned him with glory and honor.
You have given him dominion over the works of your hands;
you have put all things under his feet. (Ps. 8:5–6)

He is “crowned . . . with glory and honor.” To be in the image of God is to be a royal son or daughter. Adam was to be a royal representative of the great King, ruling and exercising dominion in God’s holy realm.

If we go back to Genesis 1 we see the same thing that is expressed in Psalm 8: this task of exercising dominion appears to flow out of being made in God’s image. We read:

Then God said, “Let us make man in our image, after our likeness. And let them have dominion over the fish of the sea and over the birds of the heavens and over the livestock and over all the earth and over every creeping thing that creeps on the earth.” (Gen. 1:26)

So how did being made in God’s image impact Adam’s sense of self? If you or I met Adam in the garden of Eden and he shook our hand and introduced himself, perhaps he would have said something like this:

Hi, my name is Adam, which means “earth” and also tells you where I came from. God, the great King, formed me from some dust he picked up from the ground. Then he blew his divine breath into me so that I became a living being. Imagine God taking something as ordinary as dust and then infusing it with his own glorious life! God, who is King over everything, made me his royal representative in this holy realm. I’m his vice-regent in the kingdom of Eden. But you could also say I’m the priest in the temple of Eden. I work here in Eden as guardian and gardener. If anything evil or unclean works its way into Eden, it’s my job to kill it. And if any rebellion rises up in this garden, it’s my job to subdue it. My job is to exercise dominion in God’s name, which means that I’m supposed to rule in the way that he rules. He brought order to the formlessness of his creation, and I am to continue bringing order to this garden as well as expand that order into the wilderness outside of the garden. He named the night and the day, the land and the seas, and it’s my job to name the livestock and birds and wild animals. (I’m just working my way through the alphabet, and at this point I’m up to baboon, badger, and behemoth.) I know what you’re thinking: I’m going to have to multiply myself to get all this work done. Well, that’s part of what I’m supposed to do too. God gave me a helper for all this—woman. She too is made in the image of God, so that means she’s royalty too. Together we are going to be fruitful and multiply. We’re going to fill this garden with offspring who will be born looking like us but, far more significantly, in the image of God himself. Together we’re going to cultivate this garden so that it becomes bigger and more beautiful and will one day cover the whole earth. We’re going to develop recipes to make delicious food with this fruit, and we’re going to create tools to work in this dirt (which, I’ve got to say, is very responsive at this point).

And just so you know, though I’ve been made in God’s image and likeness, there is an even more glorious, enduring, unchanging likeness that is to be mine depending on how I do with all I’ve been given to do. So there’s a chance that if you see me again in the future, you might find it difficult to recognize me, or even look at me, because I’m going to be even more radiant with the glory of God.

This article is adapted from Even Better Than Eden: Nine Ways the Bible's Story Changes Everything about Your Story by Nancy Guthrie.

There is an unending, eternal rest that God established himself and that we have always been meant to enter into with him.