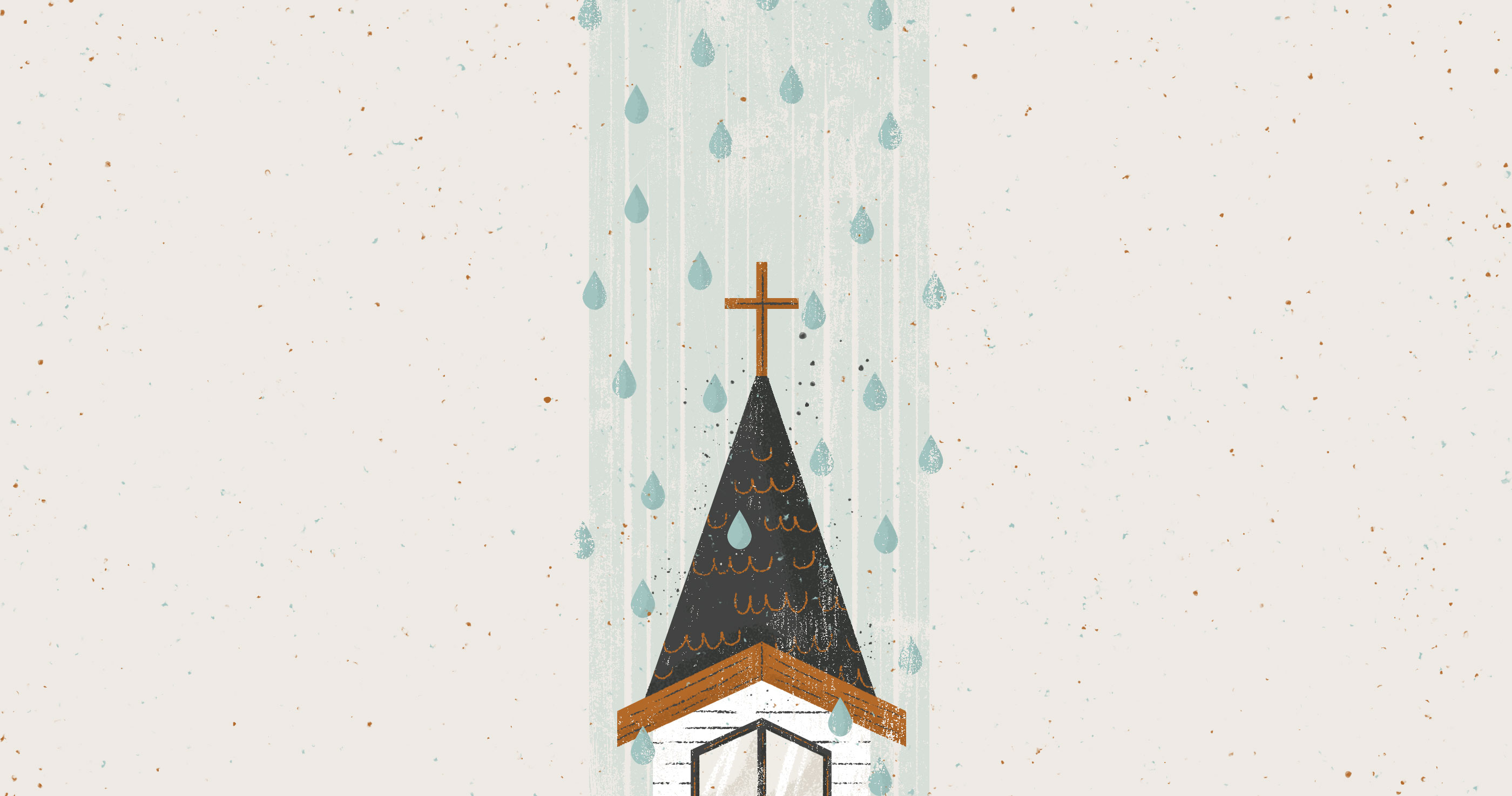 1. The Holy Spirit inseparably continues the ministry of the Father and the Son.

He was sent in place of the physical presence of Jesus. The ministry of the apostles and the early church in the power of the Spirit continued Jesus’s ministry (Acts 1:1–2; 2:47; cf. John 16:12–15). Again, Paul reflects on the Father sending the Son in his incarnation and so also the Spirit at Pentecost; not only is the Spirit sent by the Father, but he is also called “the Spirit of [the Father’s] Son” (Gal. 4:4–6). The Father also is said to send the Spirit (John 14:26), while the Son also sends him, having received him from the Father (Acts 2:33). Much in the New Testament supports the Orthodox point that the Spirit is sent by the Father and received by the Son, here and at his baptism, with the Son then pouring him out on his church. 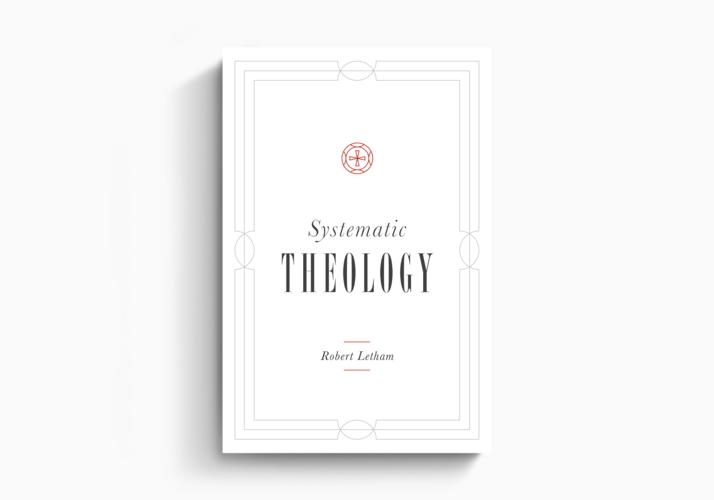 2. Pentecost thus marks a new era in the history of redemption.

The distinction is not between his presence now compared with a putative absence in the Old Testament but rather between the falling away of what was preparatory and temporary (the Old Testament) and the emergence of what is final, binding and permanent (the New). Galatians 4:4–6 is again pertinent. Israel was God’s son in the Old Testament, but it was so in a way little short of servant status. It was a child in its minority, under the protection of a pedagogue, a slave entrusted with its care and upbringing (Gal. 3:24). With Christ’s coming and the Spirit’s sending at Pentecost, God’s people have been adopted as mature sons. So significant is the sending of the Spirit that Paul describes this transition in absolute terms, as elsewhere does John (John 1:17; 4:24). Hence, in the Old Testament the Spirit came intermittently on the prophets, whereas now he is poured out on all flesh (Acts 2:16–21). Then his presence with his people was spasmodic (Ps. 51:11); now he is given permanently (John 14:17, 23).

The Spirit unites people to Christ by and through his Word.

3. The church of Jesus Christ is a Pentecostal church.

The actions of Ananias and Sapphira in misleading the apostles are described as lying to the Holy Spirit, which brought upon them swift and unmistakable discipline enforced not by the human leaders but by the Spirit himself (Acts 5:1–11). The Spirit disciplines the church. Administrative and judicial discipline and the considered decisions of the Council of Jerusalem are also the decisions of the Spirit (Acts 15:28).

There is a conjunction between the calling, ordaining, and sending of the church at Antioch and the actions of the Spirit (Acts 13:1–7). The Spirit set Saul and Barnabas apart for missionary labors and made this known to the church leaders, who in turn set the two apart by prayer and the imposition of hands and so sent them away, a sending that was ultimately by the Holy Spirit. Church action and action by the Spirit were coordinate. Indeed, throughout Acts the Spirit directs Paul’s missionary labors (Acts 16:6 ff.). Paul’s apostolic authority is the Spirit’s work. Although he has no instructions from Jesus from his earthly ministry on a matter, yet Paul’s apostolic advice is of equal weight, since he has the Spirit of God to direct him as an apostle (1 Cor. 7:10–12, 40).3

4. The Holy Spirit brings about our union with Christ in our life history, doing this by grace through faith.

Our faith and all that flows from it in the Christian life is due to the Spirit, who renews us in the image of God and transforms us into Christ (2 Cor. 3:18). Eventually, when Christ returns in glory, we will be like him (1 John 3:1–2). This entire process occurs through faith. Faith is “the principal work of the Holy Spirit,” as Calvin said.4 The Spirit unites us to Christ. As a house benefits from electricity when hooked up to the grid, so we benefit from the work of Christ when it becomes ours as the Spirit unites us to him.5

Notes:
1. B. B. Warfield, “The Spirit of God in the Old Testament,” in Biblical and Theological Studies, ed. Samuel G. Craig (Philadelphia: Presbyterian and Reformed, 1952), 154.
2. Warfield, “Spirit of God,” 155–56.
3. H. B. Swete, The Holy Spirit in the Ancient Church: A Study of Christian Teaching in the Age of the Fathers (1912; repr., Eugene, OR: Wipf & Stock), 80, cites Tertullian, who remarks on the power of the Holy Spirit in the discipline of the church and on the newness of the New Testament.
4. Calvin, Institutes, 3.1.4
5. An image used in Anthony N. S. Lane, Justification by Faith in Catholic-Protestant Dialogue: An Evangelical Assessment (London: T&T Clark, 2002), 23.

10 Things You Should Know about the Trinity

God wants us to learn about and consider the Trinity. Here are 10 things you should know.

By the Spirit, We See the Cross

The bold and clear preaching of the cross materializes the spectacle of the cross before a congregation, for those with the faith to see it.

Personal Actions of The Holy Spirit

Erik Thoennes meditates with us on who the Holy Spirit is and what he does. 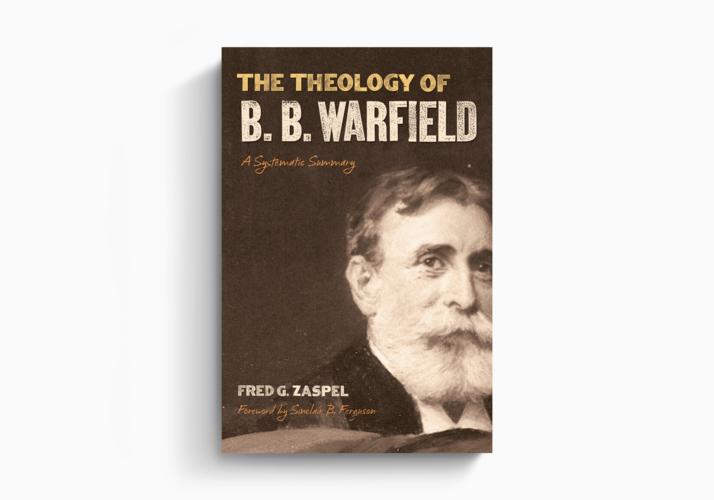 The Theology of B. B. Warfield
Fred G. Zaspel
Crossway is a not-for-profit Christian ministry that exists solely for the purpose of proclaiming the gospel through publishing gospel-centered, Bible-centered content. Learn more or donate today at crossway.org/about.