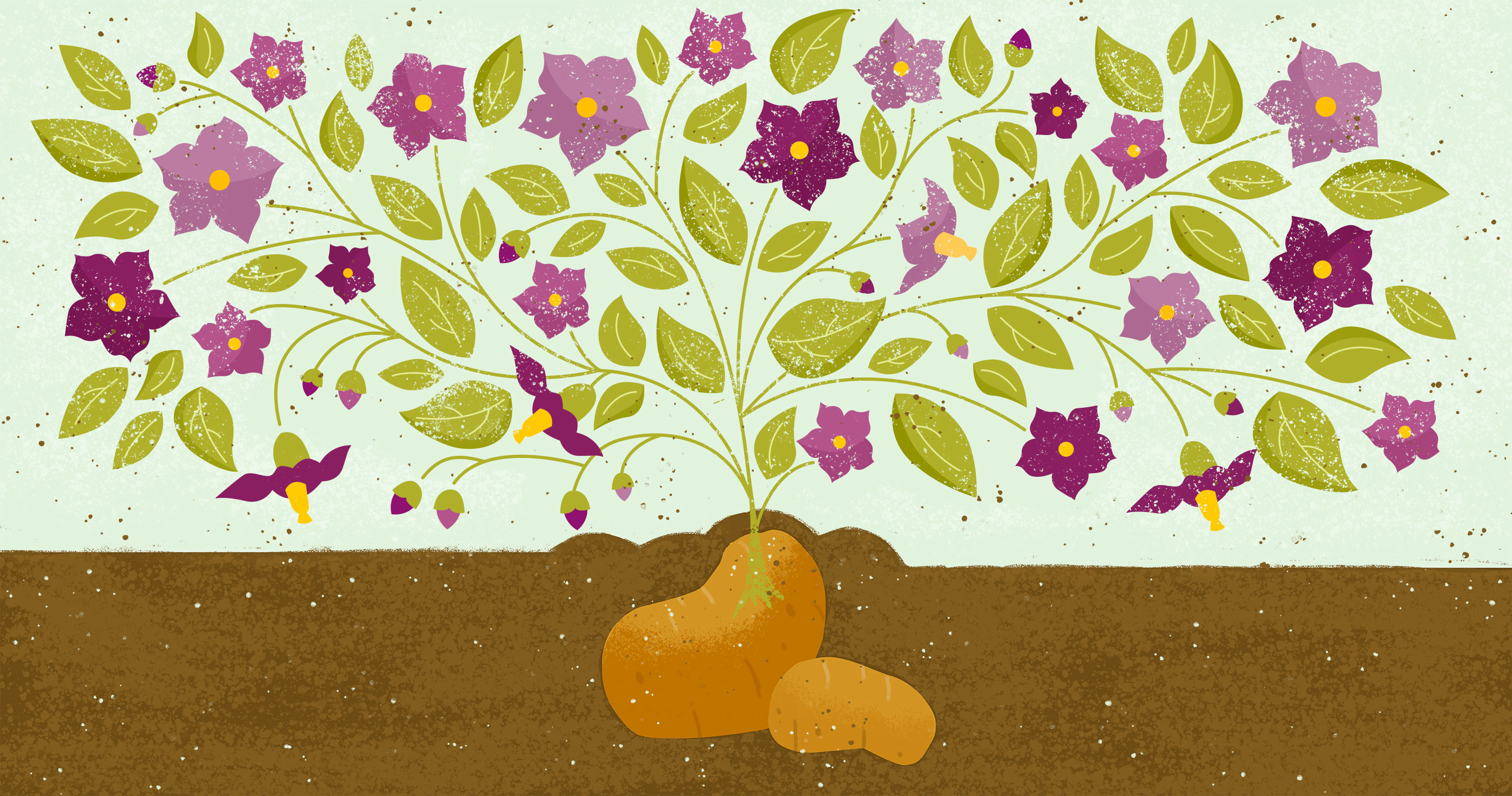 To Marvel at the Marvelous

Thankfulness greatly intensifies one of life’s most precious capacities—namely, the capacity to marvel. We are created for it. We love to marvel. Marveling is perhaps our highest pleasure. Practicing thankfulness can enhance your perspective, and thereby make otherwise ordinary things sizzle with the extraordinary wonders God has hidden inside them. The extraordinary can be hiding just behind the ordinary, and in order to see it clearly, all you have to do is adjust the focal point of your lens. Seeing wonders, allowing them to pop with color and vitality in your heart and mind, and then expressing your sense of delight can enhance your own satisfaction and trigger the pleasure of those around you.

Most of us think of maggots as ugly, smelly, disease-ridden accomplices of death and decay, but even the maggot has a beauty and utility of its own. I admit to being startled (and a bit repulsed) when I watched a physician place a handful of living, squirming maggots on the open, infected leg-wound of his patient, and cover the teeming mess with a large bandage. Two days later he removed the bandage to find (as he expected) that the maggots, who are picky eaters, had crawled around inside the wound, cleaning it and accelerating the healing process which was being hindered by the dead flesh still in the wound. I marveled. 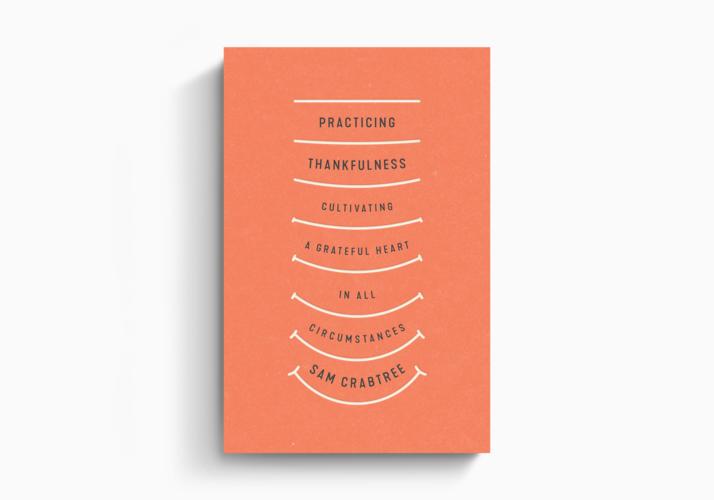 Pastor Sam Crabtree surveys the Bible’s teaching on gratitude, demonstrating that every moment is an opportunity to observe, embrace, and appreciate with thankfulness the wondrous workings of God in ordinary life.

Some might call it being easily pleased to marvel at the ordinary. It might also be called being rightly pleased. In everything God designs and in everything he does, there’s something of the marvelous. The universe serves God as a kind of silent instructor: “For his invisible attributes, namely, his eternal power and divine nature, have been clearly perceived, ever since the creation of the world, in the things that have been made” (Rom. 1:20).

Remembering again our privilege and responsibility to always thank God for everything, let’s zoom in on that a bit closer. Because everything is from him, thank him for the specifics. For example, at mealtime, instead of merely and generally thanking God for “this food,” thank him for the Idaho potatoes, the creamy butter melted in the crevices, Romaine lettuce, snap peas, and the ice in the tea. Get specific. Instead of merely thanking him for health, thank him for kidneys that function, teeth that chew and aid speech, salivary glands that serve you all day long, and so on.

The delightful drill of exercising powers of observation with the aim of expressing gratitude even in the little things can show us that the little things may not be so dull after all. As Ray Bradbury puts it, “Stuff your eyes with wonder.”1

Like the athlete building his muscles and endurance for next week’s competition by exerting them in his workout today, expressing gratitude today opens up the possibility of developing an enlarged capacity for marveling tomorrow.

Marveling requires and displays an emotional capacity. To marvel is not only to experience an upward tick in adrenaline, but to have conscious thoughts join feelings and seek expression verbally. People caught up in marveling will do this aloud. They speak, even if only a comparatively speechless head-shaking “Hmm,” which translated means, “Wow! Fantastic! Incredible! Would you get a load of that!”

I observe twin truths. First, the reason to sing is that there are marvels at which to marvel—chiefly salvation wrought by steadfast love and faithfulness. Second, a fitting way to marvel is to sing! The writer of Psalm 98 elaborates the marvels God has done:

His right hand and his holy arm
have worked salvation for him.
The Lord has made known his salvation;
he has revealed his righteousness in the sight of the nations.
He has remembered his steadfast love and faithfulness
to the house of Israel.
All the ends of the earth have seen
the salvation of our God. (Ps. 98:1–3)

God’s marvels of deliverance and righteousness extend to “all the ends of the earth.” Are you seeing them?

Expressing gratitude today opens up the possibility of developing an enlarged capacity for marveling tomorrow.

Admittedly, marvelousness is—in some measure—in the eye of the beholder. The capacity for marveling governs in some measure the marveling that will or won’t erupt. One person is swept away with breathless tingling at the passionate stylings of Dvorák’s Cello Concerto or Schumann’s Abendlied, while another listener stops listening and dozes off or changes the channel in disinterested boredom.

In some degree, the capacity to appreciate lies within the appreciative. But it’s not only in the eye of the beholder. As C. S. Lewis famously pointed out, children who are mesmerized by making mud pies when they could have a holiday at sea are misguided in their values and emotions.2 They’re immature, or blind, or dead. That is to say, there’s an objective standard outside the human observer by which to gauge the marvelousness of something—namely, if it images forth the perfections of God himself.

Back to the earlier question: What makes something marvelous? What aspects make it marvel-worthy? Consider things like scale: How big, vast, fast, powerful is it? Things like scope: What else does it impact? Does it impact things down to their very core? Is it universal in its impact, influencing everything else? Or is it isolated and unattached? Does it convey grandeur? And consider this: Could you achieve it by yourself? If by yourself the accomplishment of something would be impossible (escaping an enemy, recovering from a deadly illness, salvaging a failing business, etc.), and help appears to be nowhere on the horizon but then suddenly arrives in abundance—that calls forth its own kind of marveling. Marveling with joy often erupts when help arrives at a point when all hope seems lost, especially when the help is massive, deep, and affects all else.

Sadly—tragically—powers of observation aren’t so easily awakened. Sinners are born blind and dead. Earlier I said that marvelous things elicit marveling, but not necessarily. Absence of marveling may indicate dullness in the observer, not absence of spectacular aspects of the thing marvelous.

What sharpens one’s ability to apprehend distinctions between the marvelous and the mundane? For one thing: contrast. Wise and jubilant marvelers distinguish. They do so by comparing and contrasting. When Lewis cites mud pies and holidays at sea in the same sentence, he’s making a contrast, and he uses that contrast to send spiritual eyes in search of the truly marvelous.

To marvel, take care to note the difference between common and holy, ordinary and extraordinarily rare. (I think this is why Jesus marveled at the faith of the centurion with the ailing servant—it was a rare faith.) Discern the difference between what’s vulgar and what’s wholesome, or what’s fitting and what’s broken or despoiled. Learn to identify and be amazed at design versus happenstance, commonly overlooked complexity versus primitiveness, ingenious purposefulness versus seemingly random impulse, refined skill versus amateurishness. Paying attention to contrast can awaken the capacity to value the valuable. “Thank you” and “wow” are next-door neighbors.

This article is adapted from Practicing Thankfulness: Cultivating a Grateful Heart in All Circumstances by Sam Crabtree.

Sam Crabtree is a pastor at Bethlehem Baptist Church in Minneapolis, Minnesota, where he has served for over twenty years. He is a former public-school teacher, is the chairman of the board of Bethlehem College & Seminary, and is the author of Practicing Affirmation. Sam and his wife, Vicki, live in Minneapolis, Minnesota, and have two daughters and six grandchildren.

Reflect on the goodness of God and his gifts to his children, and give thanks for who he is!

50 Ways to Be Thankful

Why do we need suggestions on how to express gratitude? Shouldn’t a truly grateful heart just naturally overflow in expressing that gratefulness?

4 Prayers to Pray in Gratitude

Turn to the Lord in gratitude with help from Scripture and these prayers of the saints.

Sam Crabtree explains why gratitude is actually more foundational to the Christian life than you probably think and offers practical advice for cultivating gratitude in the ups and downs of our everyday lives, 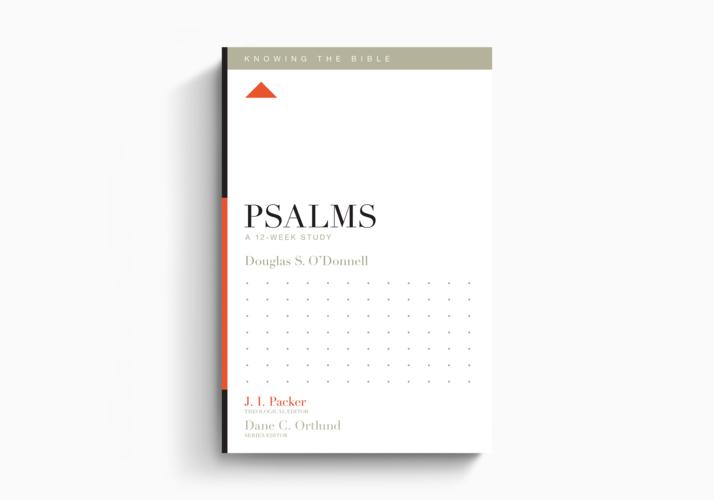 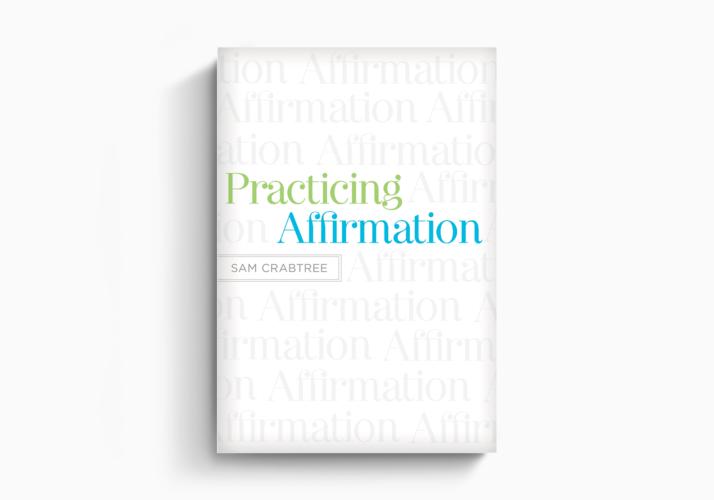 Practicing Affirmation
Sam Crabtree
Crossway is a not-for-profit Christian ministry that exists solely for the purpose of proclaiming the gospel through publishing gospel-centered, Bible-centered content. Learn more or donate today at crossway.org/about.