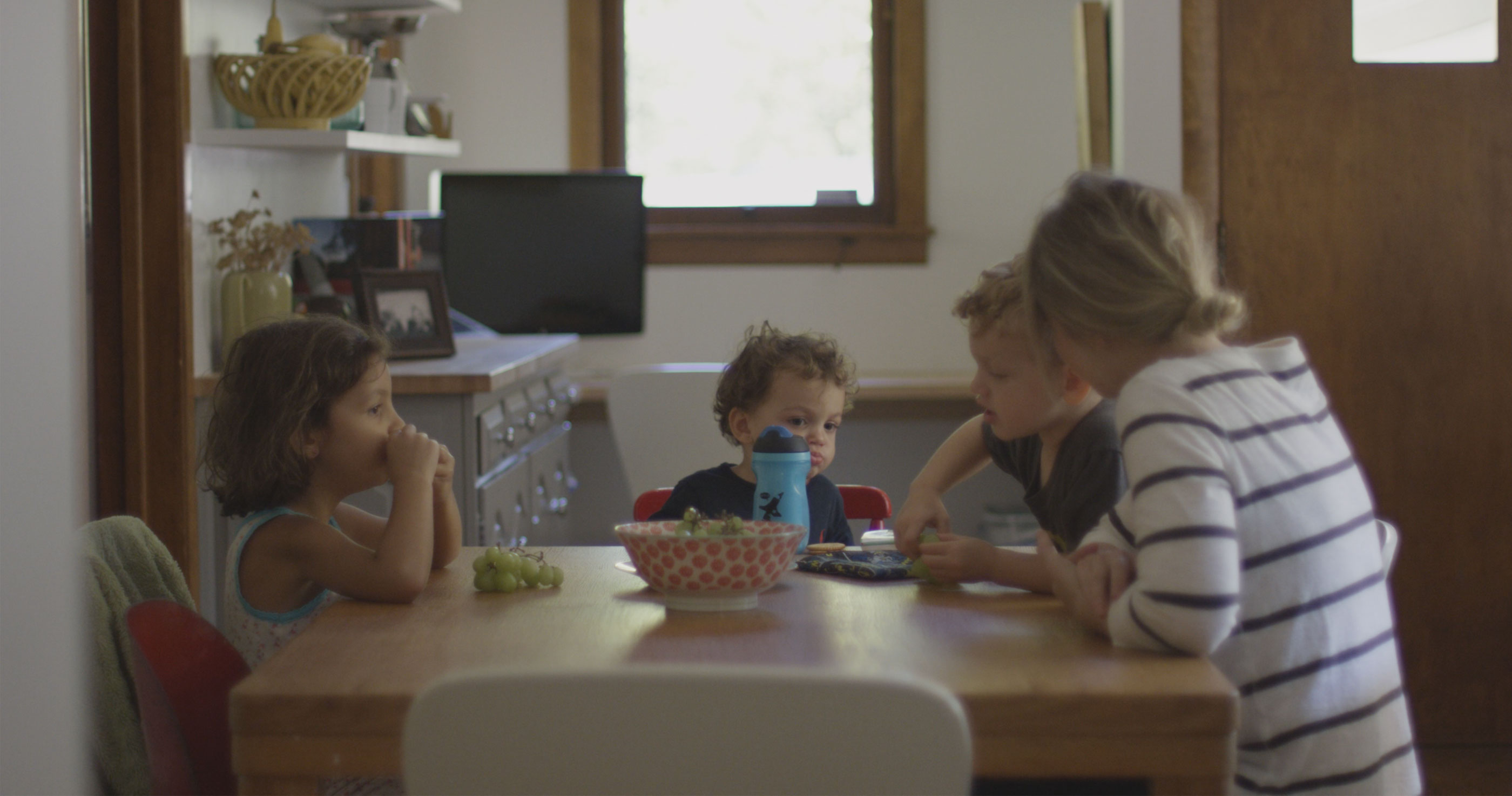 Having the ‘gimmees’ is nothing new. Kids have struggled with excessive longings to have more than they do for as long as there have been kids. It’s also not new for them to feel that they should have immaterial things as well as physical things, such as longer playing times on their sports team or a bigger part in the school concert.

What is new is the Media Age. Media doesn’t create a sense of entitlement—a sense of “I deserve”—but it fuels that belief by holding in front of our eyes what others have and do. It turbocharges our innate dissatisfaction by showing us new things for our hearts to latch onto and cry, I should have that, too.

Thankfully, since the problem comes from within, there are things you can do to help parent your children as they wrestle with feeling that the world owes them.

First, your child needs to develop a more godly worldview than the one they hear every day that legitimizes consumption, jealousy, envy, and covetousness. Help them understand instead that all of life is a gift:

Your goal in these conversations is to bring your children into a bigger world by seeing how much they’ve already been given.

Be careful though how you say this. You don’t want to communicate, You ungrateful little twerp! You don’t deserve the things you’ve got. When I was your age, I didn’t have half of what you do. Sounding like this will either drive rebellious kids to harden their hearts by thinking, So what? or sensitive kids to feel guilty about what they do have.

Keep your goal in mind: you want your children to see the beauty of what they have simply because a good, loving God gave it all to them.

Create a Culture of Thankfulness

Secondly, since an air of entitlement focuses on what people don’t have, combat that attitude by intentionally drawing your family’s attention to what they do have.

Begin by setting the tone in your house by first noticing what you have been given and then saying out loud how thankful you are for it. Doing so will create an atmosphere of gratitude for your children to live in that challenges an entitlement mentality.

Take time to thank the Lord with your kids for his goodness and you’ll help them practice gratitude—an easy way to start is before your family eats together. You can also ask your children what they are thankful for or if they struggle to say anything, point out the things you see that they’ve been given.

Again, be careful not to sound critical as you do this. Your tone and attitude need to reflect the warmth that God has for his people as he abundantly provides for them.

Another way to generate thankfulness is to help your children see the other end of the gift-spectrum; the one in which others have less than they do—frankly, far less if yours are living in the Western world with its unparalleled access to goods, services, education, and opportunities.

At times I’ve found it helpful to draw a comparison for my own kids between what life is like now versus what it’s been like previously. For instance, my kids grew up in a fixer-upper and rode around in older cars while living in a part of the country that’s pretty well-off. Daily they encountered what they didn’t have.

What they didn’t see, however, was how unique their experience was living in this country, in this century, and that they had far more than the majority of the human race has ever had or could even dream of having.

You want your children to see the beauty of what they have simply because a good, loving God gave it all to them.

And so when they were feeling the weight of what they didn’t have, I’d try to highlight that larger reality by commenting, “You know, I ride around in a chariot that kings would have gone to war over.” Or I’d suggest, “If you think about it, our house is far better than any castle ever was—it doesn’t leak, isn’t drafty, and lets us regulate the climate.” Those kinds of comparisons are helpful in challenging the notion that we have nothing just because we don’t have what our neighbor down the street has.

Pull the Curtain Back on the Wizard

Another way to resist an entitlement mentality is to show that it can’t deliver on what it promises.

Have you ever gotten something that you really wanted, only to discover that it didn’t live up to your hopes and expectations? Or that the joy you felt quickly faded as you set your sights on something lese? Or that nothing you’ve ever had truly lasted—that things wear out and break, new models replace older ones, people move away and even die?

If all that is true, why entrust your soul’s peace and happiness—it’s stability—on having more and more in the first place? Those things are all wonderful when received as a gift. But none of them can nourish your soul because they aren’t big enough.

In other words, show your kids the transient nature of everything they’ve ever felt entitled to—NOT to be a Debby-Downer or a glass-half-empty person, but to help them realize that true satisfaction can never be found in any part of the temporal creation, but only in the eternal Creator.

Entitlement is all about me getting more for me. It’s about me locating me at the center of my world. Thank the Lord that he came to set us free from that tyranny.

God thinks that it is better to give than to receive (Acts 20:35) and so he gives to us in order that we might share in the joy of giving to others (Matt. 10:8). That’s why you hear things in scripture that sound so odd to our modern ears, like when the Macedonians begged “earnestly for the favor of taking part in the relief of the saints.” (2 Cor. 8:4).

Help your kids see that bigger, more beautiful way of living. Help them see that with greater gifts comes greater responsibility to care for those with fewer, but that there is wonder and delight in giving to others like God has given to them.

Remind Them of the Gospel of the Giver

Ultimately, you want to point your children to Jesus, who for their sakes—though he was rich—became poor in order to make them rich (2 Cor. 8:9).

Why did he voluntarily impoverish himself? Because there is something that you, me, and our children are rightly entitled to; something that we deserve. What is that? We are owed God’s wrath and judgment for thinking we were owed anything (such as having grateful children who don’t feel entitled!).

But what has this offended God offered instead? Mercy—mercy that gifts us with his friendship now and a future of him pouring out the riches of his grace (Eph. 2:4–7).

This same mercy doesn’t only release us from what we owed; it changes us so that we escape the trap of believing we should have more and more. It lets us enter into the amazement of the grace we’ve been given.

Remind yourself of this grace-giving, gift-giving God as you engage your children. If they’re to escape feeling entitled, they’ll need you to give them a small portion of the grace he’s given you and a taste of the gratitude that you are growing in.

William P. Smith is the author of Parenting with Words of Grace: Building Relationships with Your Children One Conversation at a Time.

6 Ways to Help Your Kids Love Reading the Bible

What could be more important than teaching your kids to read the Bible? What better habit would you want them to have?