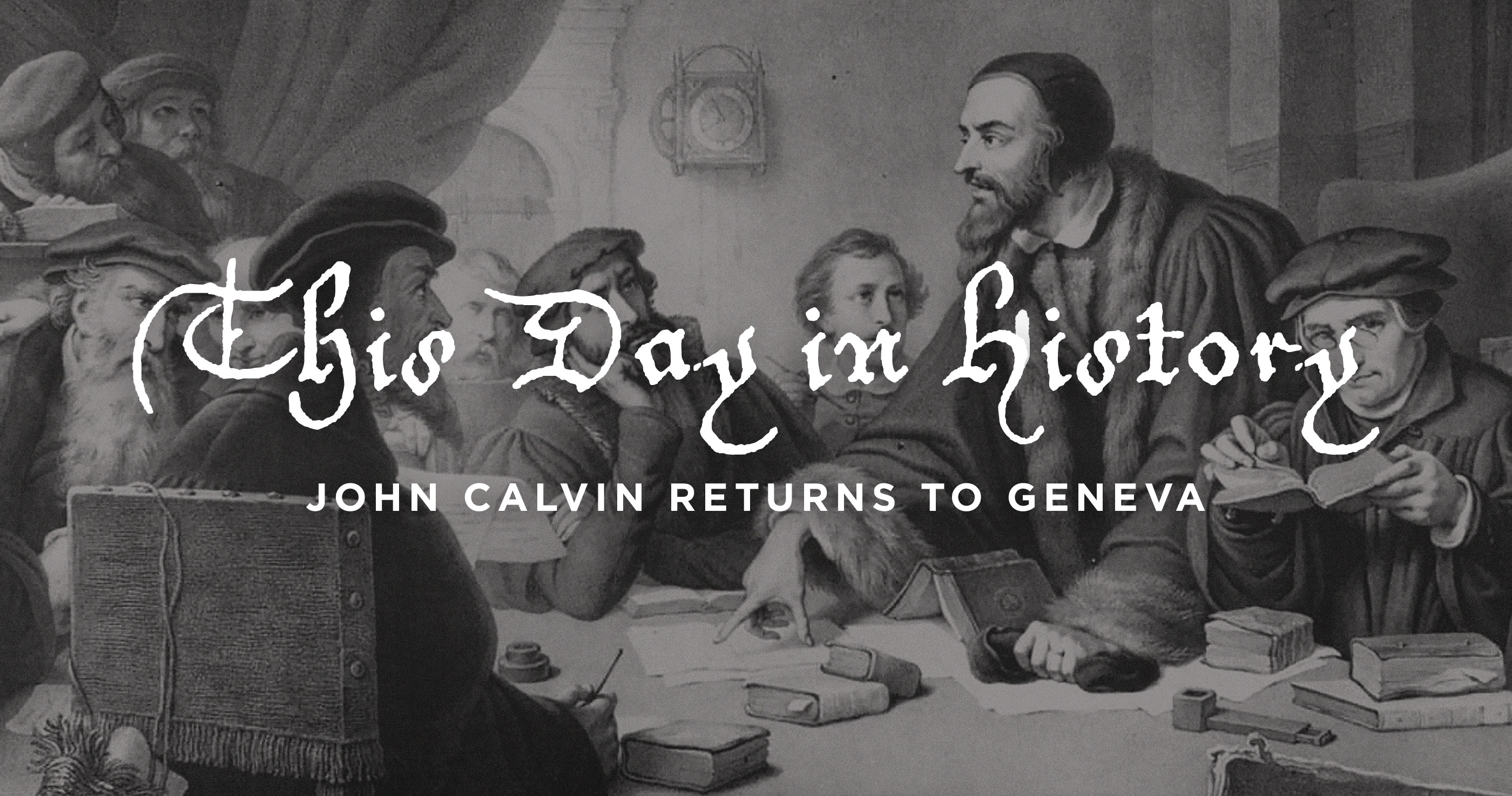 On the heels of triumph (having their confession of faith and articles of church government approved) in 1537, John Calvin and his elder colleague, the fiery Guillaume Farel, fell into a controversy with Geneva’s city council. There were various symptoms (especially their opposition to the Western use of unleavened bread in Communion), but the main issue was the interference of secular authorities (especially the parent city-council of Bern). When the dynamic duo refused to celebrate Communion with unleavened bread on Easter Sunday, a riot broke out. Meeting in Zurich, a Swiss synod judged the duo to have been at fault for their rash action and Geneva’s authorities refused to employ them.

Farel took a call to Neuchâtel and Calvin was taken under the wing of the famous reformer in Strasbourg, Martin Bucer, where Calvin married Idelette and enjoyed prosperous ministry as the pastor of the city’s French congregation. Adapting the Strasbourg liturgy, he developed his keen interest in Psalm-singing and frequent Communion, wrote his Romans commentary, and represented Strasbourg at conferences seeking to heal the ecclesiastical division. He also wrote his decisive second edition of the Institutes (1539), making it more than a catechetical tool.

In the meantime, Geneva had fallen into various internal quarrels (political and religious) and church attendance was meager. When Cardinal Sadoleto wrote a letter seeking to draw Geneva back into the Roman fold, Calvin was happy to accept the city council’s appeal to him to draft a reply. Yet he said in no uncertain terms that he would never return to Geneva. He was at a Roman-Protestant conference when an embassy from Geneva pleaded with him. “Rather would I submit to death a hundred times than to that cross on which I had to perish daily a thousand times over,” he confided to a friend.

After considerable pressure, however, on September 13, 1541, he and Idelette climbed into the decked-out wagon that had been sent to return them in regal procession to the cheering crowd. The following Sunday morning he picked up at the very passage at which he had left off before he was sent packing.

Calvin was convinced that the Spirit working through the Word could accomplish far more than all of his brilliance.

What We Can Learn

I draw three important lessons from this episode.

First, the young Calvin learned the hard way that pastors cannot rank everything alike, either in doctrine or practice. For example, he always wanted frequent Communion (“whenever the Word is preached, or at least weekly,” he said) and greater liberty of the church from secular control. Yet after his return to Geneva, Calvin was a mature pastor who was more willing to savor collegial fellowship even among those with whom he disagreed, sharing ministry, and reigning in his more vehement tendencies. Even some matters that he considered very important were to be placed behind more central concerns and reform would come by instruction rather than exasperation.

Second, the Lord used what seemed like a complete failure in Calvin’s ministry as the most profitable field education in his life. Shadowing Bucer, Calvin developed from a timid scholar and powerful preacher into a shepherd who cared genuinely for the spiritual and temporal welfare of Christ’s sheep. In spite of his own happiness in Strasbourg, he was willing to return to Geneva—even as he had remained there in the first place—for no other reason than that he was convinced (through the voice of the church) that he was called there by God.

Third, the fact that Calvin picked up where he had left off in the text demonstrates his confidence in “that Word above all earthly pow’rs.” Perhaps even more than before, Calvin was convinced that the Spirit working through the Word could accomplish far more than all of his brilliance, conviction and motivational skills (or sheer vehemence) could accomplish.