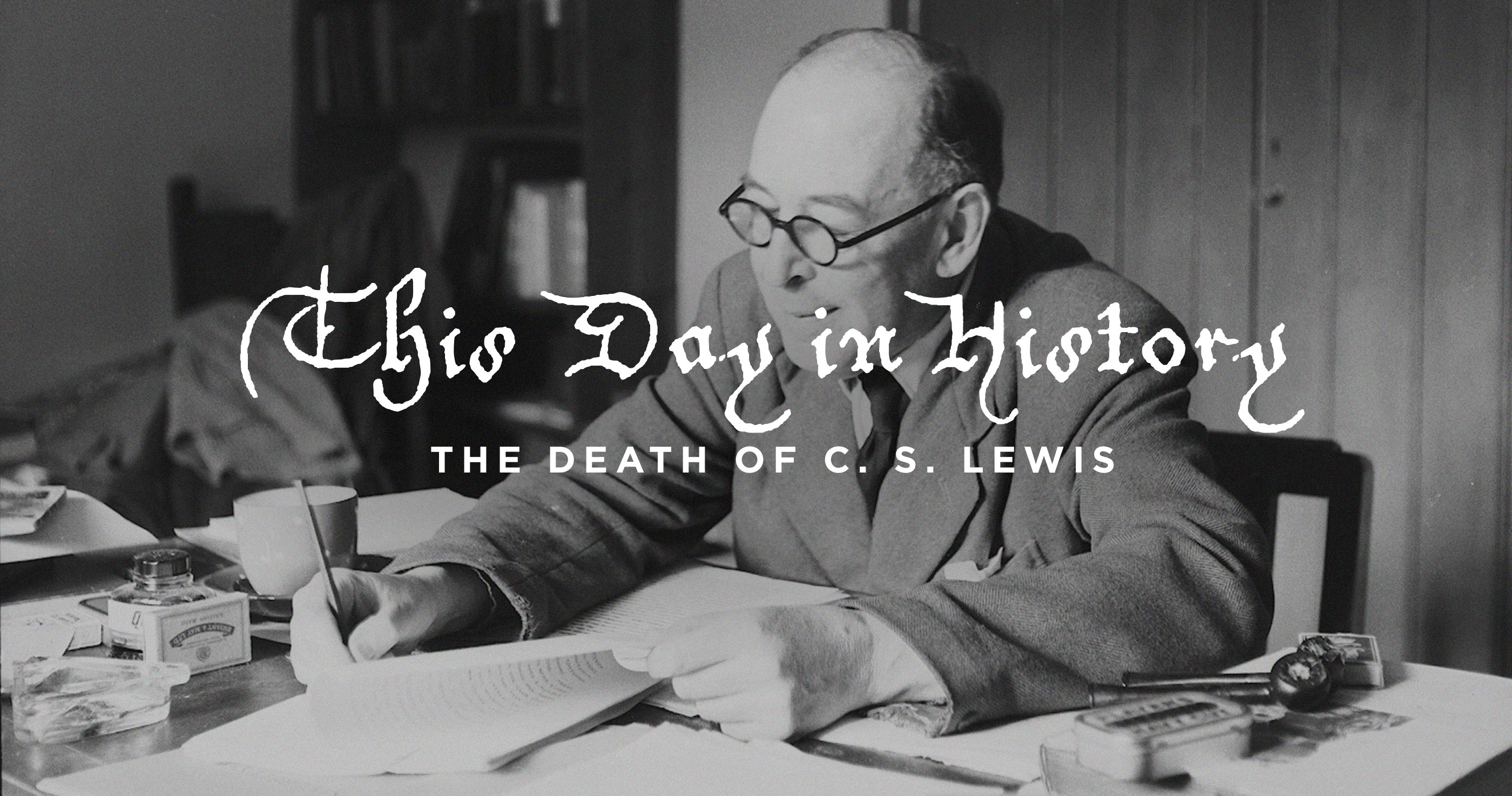 On Sunday, July 14, 1963, Lewis was not well enough to go to church when Walter Hooper arrived at the Kilns. Without his brother Warnie anymore as a reliable helper with his correspondence, and feeling his own steady decline, Lewis asked Hooper if he would consider serving as his private secretary. After discussing it, Hooper agreed to resign his post at the University of Kentucky at the end of the fall semester and return to help Lewis. In the meantime, he would help Lewis through the summer.1 The next day, on Monday, July 15, at five in the afternoon, Lewis arrived at the Acland Nursing Home, where he promptly had a heart attack and went into a coma.2

With Warnie away, Lewis must have given Kay and Austin Farrer as his emergency contacts, for the Acland notified them of Lewis’s condition. They contacted Douglas Gresham and Walter Hooper. On Tuesday afternoon, July 16, Lewis received extreme unction from Rev. Michael Watts of the Church of St Mary Magdalen. Then he woke up and asked for a cup of tea.3 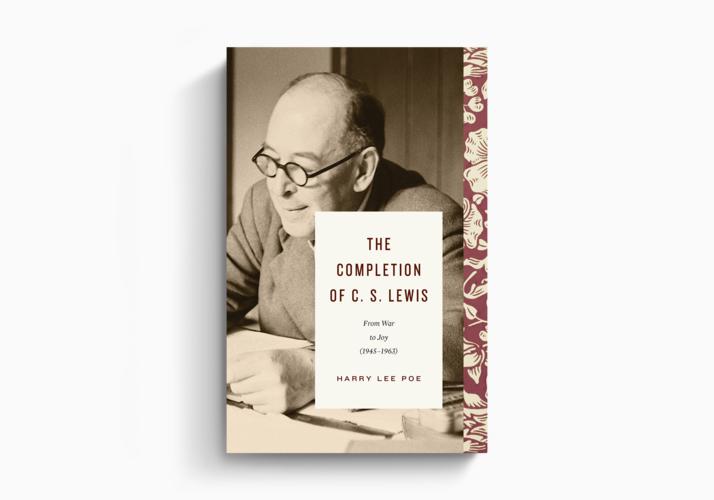 For two days, Lewis appeared to be doing better, but then he slipped into what he called his “black period.” For a week he suffered from nightmares, hallucinations, and a general disorientation interspersed with lucid moments.4 Several of his oldest and dearest friends visited him in the Acland, including Tolkien, Alastair Fowler, Douglas and David Gresham, James Dundas-Grant, John Walsh, Maureen Moore Blake, and George Sayer. When Dundas-Grant visited Lewis, he suggested that Lewis write a book on prayer, to which Lewis replied with a twinkle in his eye, “I might.”5 Dundas-Grant did not know that Lewis had just finished writing Letters to Malcolm, which suggests how far the remaining Inklings had departed from being a writing club aware of what each other was writing.

Beginning on July 17, Hooper undertook the handling of Lewis’s correspondence. He picked up the mail every day at the Kilns and took it to the Acland, where Lewis, when his mind was clear, dictated his letters to Hooper. At Lewis’s behest, Hooper wrote letters to Lewis’s friends who had not yet learned of his hospitalization, including Roger Lancelyn Green. Lewis asked Hooper to write Green a letter and explain that Hooper was a collector of “Lewisiana” like Green and to work out with Green if they were “competitors or collaborators.”6 Time would prove that they were the best of collaborators as coauthors of the first true biography of Lewis, C. S. Lewis: A Biography (1974).

Lewis probably recognized his condition better than most. He knew he would die sooner or later. Not wishing to create a burden for Cambridge University and Magdalene College, his academic home for nine years, he sent a letter resigning his chair, probably as soon as he returned home.7 On August 12 and 13, Lewis wrote to Jock Burnet, the bursar of Magdalene College, to make arrangements for Hooper to pack his things and remove them from the college. He apologized for the trouble he was causing, but he explained that his “situation [was] rather desperate.”8 The college needed to reclaim its furniture and sell Lewis’s. He also asked that the painting of his grandfather Hamilton be sent to St Mark’s Church, Dundela, Belfast, where he had served as rector. It still hangs in the Parish Hall today.

Toward the end of August, Tolkien wanted to see Lewis again. Tolkien’s eldest son, Father John Tolkien, took Tolkien to see Lewis at the Kilns. Father John recalled: “We drove over to the Kilns for what turned out to be a very excellent time together for about an hour. I remember the conversation was very much about the Morte d’Arthur and whether trees died.”9

Walter Hooper was back in the United States when Lewis wrote to him on September 3 to let him know that all was well at the Kilns. Though Warnie was still in Ireland behaving badly, the gardener and handyman, Fred Paxford, slept in the house in case Lewis had trouble during the night.10 After much wringing of hands and worry about his looming poverty, Lewis offered Hooper five pounds a week when he would return the first week of January 1964 to resume his work as Lewis’s secretary, now that Warnie had proved such an unreliable disappointment.11 To others, Jack regularly referred to himself as an “extinct volcano.”12 When asked how he managed his retirement, he came up with another line he rather liked. He said he would never have to read A. L. Rowse on Shakespeare’s sonnets, but he could reread the Iliad instead.13 On a deeper level, he had something to say to many about how close he came to death. The nurses all thought he had come to the Acland one last time to die. He said to many of his correspondents that it was a pity he had come to the very gates of Heaven so easily not to be allowed to enter. Now he would have to go through it all over again.14 Warnie finally returned home in early October.15 His return meant some relief from what Lewis regarded as the worst part of his invalid existence. The newspapers had reported Lewis’s illness and retirement, so he was flooded with letters of condolence, to which he felt obligated to reply.16 In spite of everything, he remained cheerful and grateful. He especially valued his friends who came to see him.17

Just as Jack had gone through anticipatory grief over Joy’s coming death, Warnie had gone through the same thing in his own way over Jack’s inevitable death. Yet he had pulled himself together and returned to the Kilns. His company would have meant so much to Jack. Of those last days together, Warnie wrote:

Joy had left us, and once again—as in the earliest days—we could turn for comfort only to each other. The wheel had come full circle: once again we were together in the little end room at home, shutting out from our talk the ever-present knowledge that the holidays were ending, that a new term fraught with unknown possibilities awaited us both. Jack faced the prospect bravely and calmly. “I have done all I wanted to do, and I’m ready to go,” he said to me one evening.18

Warnie was always famous for preparing the tea on Thursday nights when the Inklings had gathered so long ago. He also brought the late-night tea to Jack and any guest he might have as they talked away. Even with Mrs. Miller in the house, Warnie brought Jack his tea in the afternoons that last autumn. He described the last time in the memoir he wrote that became a foundational piece of biography Roger Lancelyn Green and Walter Hooper would build upon, along with Surprised by Joy, when they wrote their biography of Lewis. Warnie said:

Friday, the 22nd of November 1963, began much as other days: there was breakfast, then letters and the crossword puzzle. After lunch he fell asleep in his chair: I suggested that he would be more comfortable in bed, and he went there. At four I took in his tea and found him drowsy but comfortable. Our few words then were the last: at five-thirty I heard a crash and ran in, to find him lying unconscious at the foot of his bed. He ceased to breathe some three or four minutes later.19

He was a week shy of his sixty-fifth birthday.

The death of C. S. Lewis came on the same day John F. Kennedy was shot in Dallas, and all the news media were focused on that event, which gripped not only the United States but people around the world. Word of Lewis’s death had not gotten out. Douglas called Walter Hooper in the United States, and Hooper notified those he knew of who should be told.20 David Gresham had gone to New York to study at Mesivta Rabbi Chaim Berlin Talmudical college when he finished his studies in London, so he could not attend the funeral.21 Warnie was too intoxicated and overwhelmed by grief to attend. The funeral took place on November 26 at Holy Trinity Church, the parish church where Jack and Warnie had attended since moving to the Kilns. Only a small group attended. Ronald Head, the vicar of Holy Trinity, led the service, and Austin Farrer read the lesson, so we may assume that Kay was with him.22 The small party of mourners included Owen Barfield, Cecil Harwood, Ronald Tolkien, Colin Hardie, Robert “Humphrey” Havard, James Dundas-Grant, John Lawlor, Peter Bayley, Peter Bide, Molly and Len Miller, Fred Paxford, Maureen (Lady Dunbar) and Leonard Blake, and Douglas Gresham.23

A large gravestone covers the length and breadth of the grave of C. S. Lewis. When Flora Hamilton Lewis died in 1908, the quotation for the day on her Shakespearean calendar came from King Lear:

Men must endure
Their going hence, even as their coming hither;
Ripeness is all.24

On Lewis’s gravestone, Warnie had the epitaph engraved: 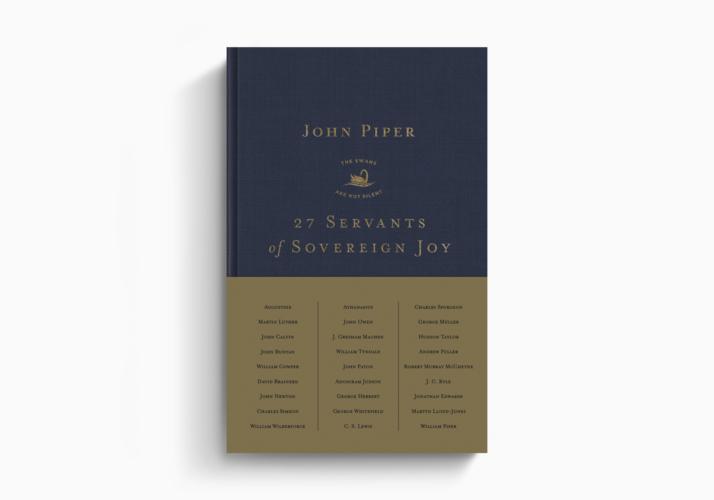 Lewis on the Christian Life
Joe Rigney
Crossway is a not-for-profit Christian ministry that exists solely for the purpose of proclaiming the gospel through publishing gospel-centered, Bible-centered content. Learn more or donate today at crossway.org/about.