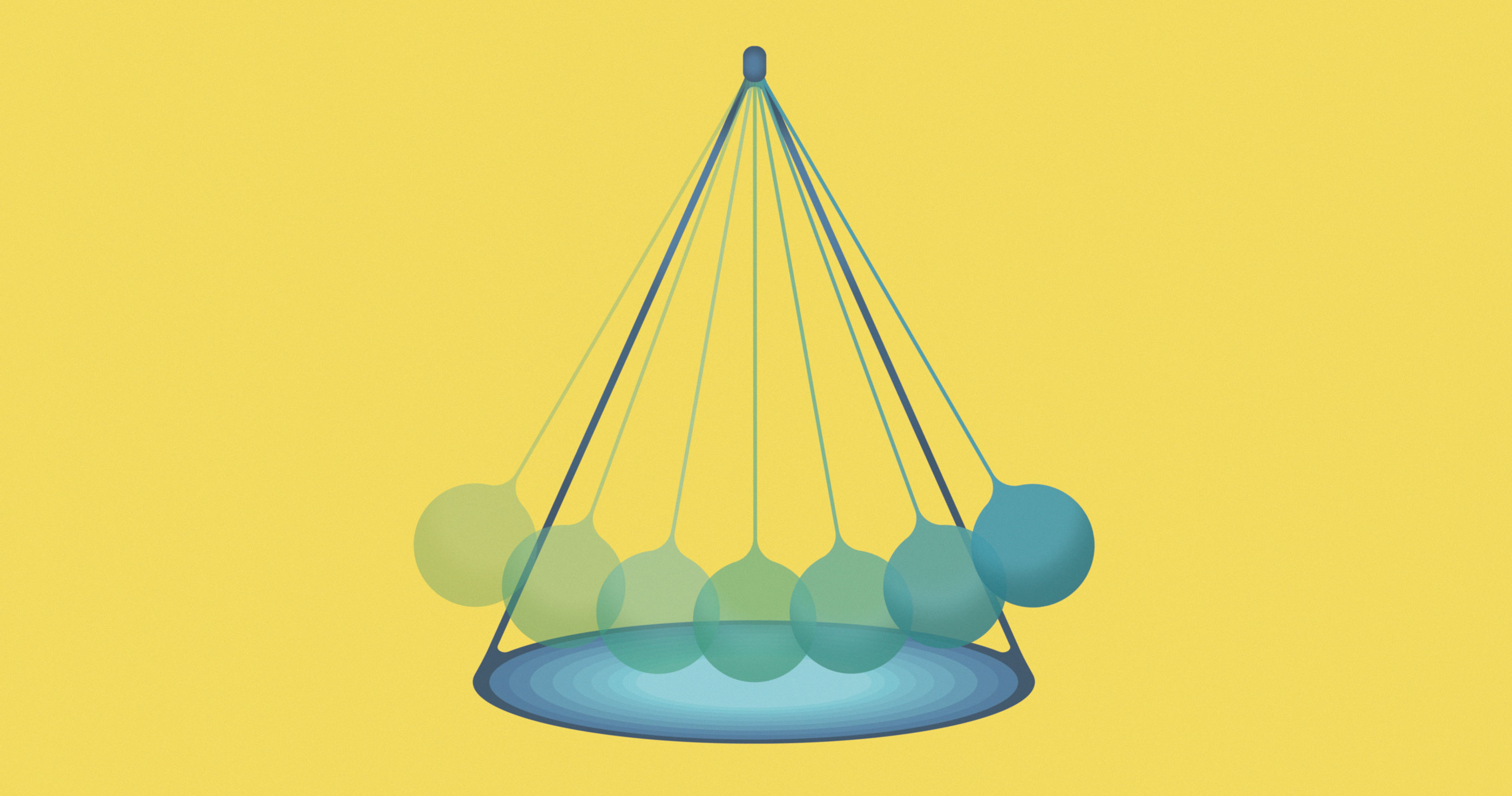 There is a disharmony between our thinking and feeling, between our willing and acting. There is a discord between religion and culture, between science and life. A “unified” [einheitliche] world-and-life view is lacking, and therefore this word is the slogan of our day.1 The search for this concord is the work in which all who follow their era with interest participate.

Now that the “period of Renan” (with its scientific materialism, its religious modernism, its moral utilitarianism, its aesthetic naturalism, and its political liberalism) is no longer the spirit of the age, a younger generation has arisen that, disappointed in expectations that were awakened but not fulfilled, has again become tormented by the mysteries of being. A new generation has come to the fore, which has exchanged the insight that we have moved forward so gloriously far, for the appreciation that the unknowable and unrecognizable surrounds us on all sides.

Alongside the ongoing idolization of science and culture on the one hand, a return to mystical idealism, to a vague belief in things unseen, which is influential in every field of study, can be perceived on the other. If we choose to, we can perceive both a shameless employment of bare egoism and a dedication to the community, which, even in its deranged ascetic and communistic forms, fills us with respect. In literature and art, the flattest realism is exchanged with love for the mysterious in nature and history and with the honoring of the symbolic. Here patriotism degenerates into narrow-minded chauvinism and, as a result, is sacrificed to a “humanity without fatherland.” The place of the milieu theory and the notion of racial instinct2 is challenged by hero worship, the cult of genius, and the apotheosis of the Übermensch. 3 Besides a historical sensibility, which glorifies all existence, we discover a revolutionary impulse that despises the historical. Repristination and emancipation wrestle with each other for the plunder. Marx and Nietzsche4 work together to curry the public’s favor. Between socialism and individualism, between democracy and aristocracy, between classicism and Romanticism, between atheism and pantheism, between unbelief and superstition, civilized humanity swings back and forth.

Herman Bavinck’s Christian Worldview, originally written in response to the challenges of modernity, compellingly explores and explains why only a Christian worldview can offer solutions to our deepest needs.

Aversion to the Faith

Shared by both movements, nevertheless, is, undoubtedly, an aversion to the common Christian faith. While one modern movement is indeed different from another, what is clear is that historical Christianity has had its day. It no longer fits with our Copernican worldview, or with our knowledge of nature and her immutable laws, with our modern culture, with our “this-worldliness” [Diesseitigkeit] outlook on life, with our valuation of material goods.

The thought-world of Scripture is no longer embedded in our ways of thinking. The whole of Christianity, with its Trinity and incarnation, with its creation and fall, with guilt and atonement, with heaven and hell, belongs in an obsolete worldview and is, accordingly, gone for good. It no longer speaks to our generation and is separated by a deep chasm from our modern consciousness and life. The “shibboleths” [Schlagwörter] “God,” “soul,” and “immortality,” says Meyer-Benfey,5 have lost their meaning for us. Who still feels the need today to dispute about God’s existence? We no longer need God. There is no place for him in our world. Let the old hermit in the forest continue to worship God. We, the youth of Zarathustra, know that God is dead and will not be resurrected.6

When the world cries out, “Away with Christ,” Christ shows precisely in his death that he alone gives life to the world.

The convergence of this rejection of Christianity and the inner discord that disturbs us in modern life gives occasion to the question whether the two phenomena exist in a causal relation. And this question is urgent when we see that at the demise of the Christian religion, no one can find comfort and everyone is fantasizing about the search for a new religion. Although there are thousands who confess with their mouths that not only Christianity but all religion is finished, the number of those who call for a new religion, a new dogma, and a new morality increases day by day. The age in which religion’s day was thought to have passed flies swiftly by our eyes. The expectation that science, virtue, or art would make religion superfluous is entertained by few. It is precisely the loss of religion that gives rise to the inventors of new religions everywhere—and in great numbers.

They are built up from the strangest and wildest elements. One goes to the school of Darwin and Haeckel, to Nietzsche and Tolstoy, to Hegel and Spinoza.7 One sets off, on the basis of the histories of religious lands and peoples, in order to find what he wants in India and Arabia, in Persia and Egypt. One borrows elements from occultism and theosophy, from spiritism and magic. And everything is then made into an object of religious veneration, both world and humanity, heroes and geniuses, science and art, state and society, the world of spirits and the power of nature. Each has its own divinity. While it is not only [seen like] this, religion has become, for many, a private matter, which they arrange to their own liking. And yet they all hope to work toward a “betterment of religion” [Weiterbildung der Religion], toward a new religion yet to come, toward a “this-worldly religion” [Diesseitsreligion] and a “world religion” [Weltreligion] that can supersede and repair the supernatural and “other-worldly” [jenseitige] Christianity.8

The Christian religion views this seeking and groping of a corrupt humanity not with indifference but rather with a sublime peace and even a joyful certainty. Christianity stands antithetically to all that is brought before the market today under the name religion. If we understand Christianity’s warrant and maintain a desire to preserve her essence, then we can do nothing else but take a resolute position against the systems of the day and the worldviews of its own invention and fashioning. There can be no question of “mediation” [Vermittlung]. There can be no thought of reconciliation. The times are too grave to flirt with the spirit of the age. The deep, sharp contrast standing between the Christian faith and the modern person9must provide us with the insights that picking portions of each is not possible and that deciding between alternatives is a duty. However lovely peace would be, the conflict is upon us.10

But there is no reason for despondency. The adversary supplies us the weapons in hand to combat him. When the reconciliation that Christianity offers is rejected, the above division, which abides in the human heart, inevitably comes to the surface. All disharmony in our being has its origin therein. That is, although we, according to the testimony of our conscience, are removed from God by our sin, we cannot do without his fellowship.11 If we reject Christianity because it does not suit us, it instantly proves at the very same time that Christianity is indispensable for us. So when the world cries out, “Away with Christ,” Christ shows precisely in his death that he alone gives life to the world.

This article is adapted from Christian Worldview by Herman Bavnick and edited and translated by Nathaniel Gray Sutanto, James Eglinton, and Cory C. Brock.

Herman Bavinck (1854–1921) was a leading theologian in the modern Dutch Reformed tradition. He is the author of the magisterial four-volume Reformed Dogmatics.

Herman Bavinck: The Man and the Mind

Bavinck wrote theology with the church in mind; he prized evangelical piety; he did not disparage modern learning; he took a genuine interest in the world’s non-Christian religious traditions as important data for Christian theology.

Herman Bavinck for the 21st Century

When Bavinck lived in the early twentieth century, he believed there was “a disharmony between our thinking and feeling, between our willing and acting” and “a discord between religion and culture, between science and life.”

Bonhoeffer on the Christian Life
Stephen J. Nichols
Crossway is a not-for-profit Christian ministry that exists solely for the purpose of proclaiming the gospel through publishing gospel-centered, Bible-centered content. Learn more or donate today at crossway.org/about.