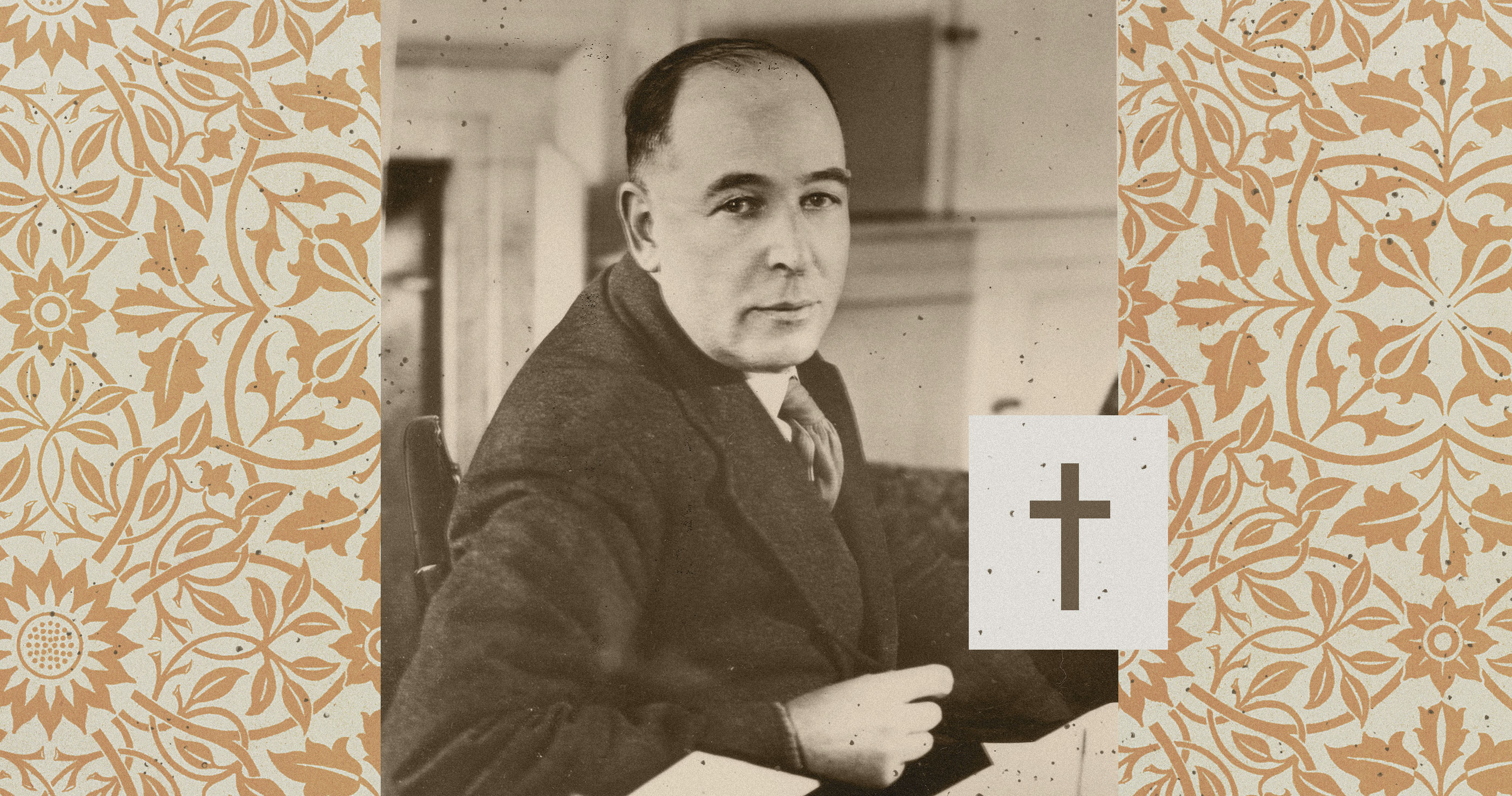 C. S. Lewis denied having an emotional conversion. He stressed the part played by reason. Some people have interpreted him to mean that his conversion did not involve his emotions. His lengthy discussion of the relationship between the head and the belly in The Abolition of Man should impress upon us the extent to which he valued the totality of what it means to be human and the wholeness of a person, involving the intellect and the emotions mediated by character. An emotional conversion during the first half of the twentieth century was understood in relation to ecstatic experiences as in the Azusa Street Revival of 1906, when people began speaking in tongues. An emotional conversion meant the kind of experiences associated with the revival meetings of Billy Sunday, which had their counterparts in the Salvation Army meetings in England. In that sense, Lewis did not have an emotional conversion, but his conversion involved his emotions.

The part in his conversion played by his intellect would have remained fruitless except for the recurring experience of deep longing that seized him when he least expected it. While his mind carried on a dogged examination of reality, his emotions experienced something coming at him from the outside. Then he realized that his values, and value itself, were coming at him from outside. His reason and his emotions were in harmony in his conversion.

The remarkable thing about his conversion, however, is the effect it had on his character. Before his conversion he never had any intellectual interest in immortality or life beyond the grave. His conversion was not about going to heaven when he died, though he accepted that aspect of it gratefully as part of the bargain. His conversion centered on knowing the truth about reality. When he discovered the truth, he realized that Truth was a personal being who created everything and then entered into that creation. He not only knew about God with his reason but also met God with his emotions. He experienced Joy. And God changed him.

Lewis examined the relationship of intellect, emotions, and character in The Abolition of Man. He had actually introduced the interplay in The Pilgrim’s Regress a decade earlier, as its subtitle indicates: An Allegorical Apology for Christianity, Reason and Romanticism. After giving the Riddell lectures at Durham in 1943, published as The Abolition of Man, Lewis issued a third edition of The Pilgrim’s Regress in 1943 with a new preface, in which he explained that by romanticism he meant the experience of “intense longing,” which he called Joy in Surprised by Joy.1 This experience involves the feelings of pain and delight at the same time. What we have with his preface is an example of how Lewis grew in his understanding over time. Reflecting on the issue of relative values that prompted The Abolition of Man, he grew in his understanding of the relationship between reason and emotion in general and in his own experience in particular. He continued to become more self-aware.

Owen Barfield frequently commented that he never changed his mind about anything but Lewis was always changing his mind. To change the mind is the meaning of the word in the Bible that is usually translated “repentance.” Lewis was always submitting his life to Christ to be changed. He was always renewing his mind. He understood the New Testament concept of the atonement as involving dying with Christ. He continually submitted habits and attitudes to be killed, as he graphically portrayed in The Great Divorce. How this happened appeared in little ways over many years.

In his early years as an undergraduate and later as a young fellow at Magdalen, Lewis made many offhand remarks about other undergraduates at Oxford or fellows at Cambridge whose vulgar (i.e., unsophisticated and socially inferior) speech betrayed them as not real gentlemen. They were not the sort with whom he could become seriously acquainted. He was a snob and had been for years. After his conversion, however, he began to change. His attitude toward other people began to change. By 1939, he could love the company of a funny little man with the crudest of cockney accents. Charles Williams became his dearest friend. Such a change in Lewis is remarkable.

Barfield accused Lewis of insincerity in his “Open Letter to Dr. Tillyard” (published in 1936), in which Lewis spoke graciously and humbly of Tillyard.2 Barfield claimed that Lewis was guilty of a pastiche voulu—a feigned imitation designed to win Tillyard’s approval.3 At the conclusion of his “Open Letter,” Lewis had acknowledged that he was “engaged with an ‘older and a better soldier,’” and he ended by writing that even if Tillyard thought him “too pert you will not suspect me of malice. If you honour me with a reply it will be kind; and then, God defend the right!”4 Barfield is correct that the passage does not sound like the old Jack Lewis he knew when he was still in Oxford, but Barfield was commenting on something Lewis wrote some six years after Barfield moved to London.

Lewis was always submitting his life to Christ to be changed.

More significantly, it was five years after Lewis’s conversion to faith in Christ. How far apart the two friends had grown in the interval is reflected in Barfield’s observation in the same essay that “a great change” took place in Lewis between 1930 and 1940 but that Barfield thought it had nothing to do with Lewis’s conversion.5 I think Barfield was mistaken. After his conversion, Lewis grew more courteous toward his opponents in debate and controversy. His conversion tended to encourage his appropriation of the medieval ideal of courtly combat into his own mode of thought and behavior. His involvement in the Socratic Club demonstrates this aspect of Lewis, forhe remained a vigorous and formidable debate opponent, but always with courtesy.

At the time of his conversion, Lewis wrote to Arthur Greeves about his struggle with temptation, the bellum intestinum that formed a central focus of The Allegory of Love. By the time that internal war came again, he had become so self-aware and spiritually aware of others, he could write powerfully about the experience of temptation in The Screwtape Letters and The Great Divorce in a way that helped other people see their own shortcomings as nice people. Lewis himself had become a nice person, though he would have deplored such a designation. Perhaps it would be nicer to say that he had become a pleasant person to be around. He was no longer the young man who constantly found fault with his father.

After his conversion, Lewis had deep remorse for how he had treated his father. To his credit, he felt both shame and remorse. Yet grace came to him. In almost every letter he wrote to his brother at the beginning of the Second World War, he had some little reference to a funny event that reminded him of his father. These comments were different from those in his letters in the 1920s, in which he ridiculed his father with contempt. In the later letters, his comments were laced with an affectionate longing for someone he now missed. Such is the way of grace.

This Day in History: C. S. Lewis Is Born

On this day in history, the most significant Christian apologist of the twentieth century was born at home in Belfast, Ireland.