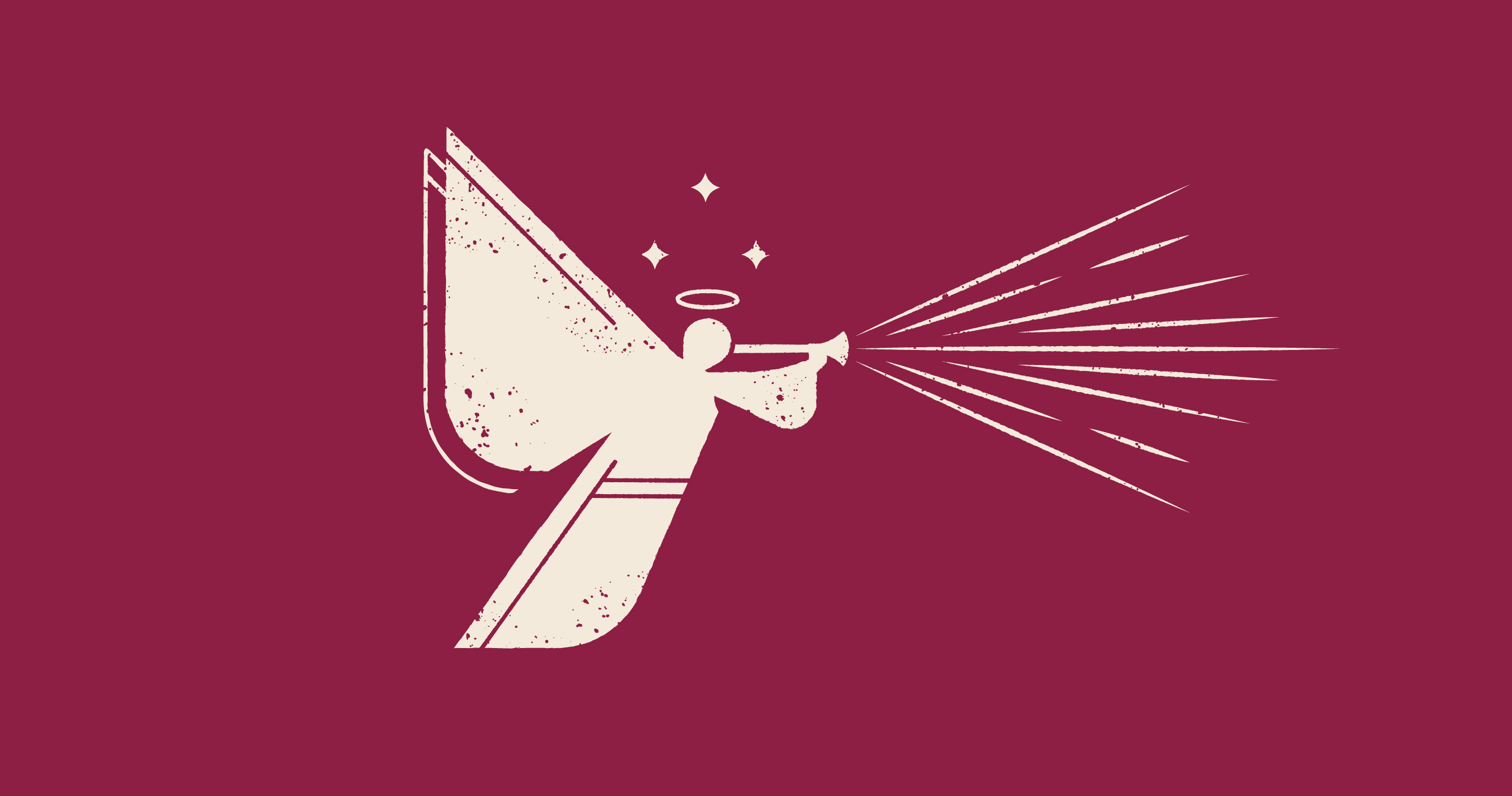 The life and the world of angels is as involved and as active and as complex as ours is. They dwell in another dimension, but our worlds intersect often, and at least some of their business is related to the affairs of this world. Hebrews 1:14 calls them “ministering spirits sent out to serve for the sake of those who are to inherit salvation.”

Martin Luther believed that an angel is a spiritual creature without a body created by God specifically for the service of Christendom and the church. Whether that is really the main function of angels or not, we simply are not told, but it certainly is one of their duties. (The fact that they are organized in a highly structured chain of command may suggest that angelic duties are varied according to rank.) 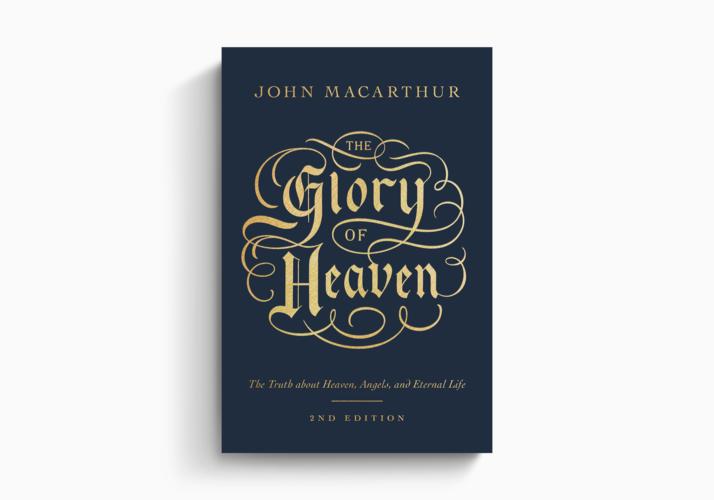 The Glory of Heaven

This in-depth look at what the Bible has to say about heaven, angels, and the afterlife gives Christians an encouraging glimpse of the home that awaits them.

As ministering spirits who minister to the elect, angels are no doubt active in human affairs, though usually unseen. Undoubtedly they do many things on our behalf, but nowhere does Scripture encourage us to look further into how this occurs. We are never encouraged to try to discern the unseen work of angels in our lives. We’re merely reminded to exhibit a Christlike hospitality, because we never know when or in what form an angel may be our guest.

Hebrews 1:14 specifically calls the angels “ministering spirits,” which implies that they do not have material bodies. Nonetheless, they do appear in visible form from time to time, when God chooses to let them be manifest. And whenever Scripture describes any such angelic appearance in an earthly context, the angel always appears as a man. Masculine pronouns are invariably used to refer to them. For example, in Genesis 18–19, when angels came to visit Abraham and paid a visit to Sodom, they were fully human in appearance. They sat down with Abraham. They ate with him. They walked with him. They conversed in human language. Every detail of their visible form and behavior was in appearance human.

At other times angels appear as men, but with extraordinary, even supernatural, qualities. In Matthew 28:3–4, for example, the angel who appeared at Jesus’s empty tomb was no normal-looking man: “His countenance was like lightning, and his raiment white as snow: and for fear of him the keepers did shake, and became as dead men” (KJV).

Biblical appearances of angels—unlike those of popular lore—often cause trauma and great fear. When an angel appeared to Mary, from the moment that he greeted her, “she was greatly troubled at the saying, and tried to discern what sort of greeting this might be” (Luke 1:29). When angelic messengers appeared to the shepherds who attended Jesus’s birth, “they were sore afraid” (Luke 2:9, KJV). When the Roman soldiers guarding Jesus’s tomb spotted the angel there, “for fear of him the guards trembled and became like dead men” (Matt. 28:4).

I cannot wait to sing it with a glorified voice, and be part of the great chorus of the redeemed, with the entire host of heaven joining in.

On those rare occasions when angels do appear visibly to people in Scripture, it is in the role of a messenger. This is one of their main roles. In fact, “messenger” is the primary meaning of the Greek word angelos. So the angels provide a sort of heavenly messenger service, and we get glimpses of this throughout Scripture. The angel who appeared to Mary at the annunciation identified himself by name: “I am Gabriel. I stand in the presence of God, and I was sent to speak to you and to bring you this good news” (Luke 1:19). On this particular occasion, perhaps because of the sacred importance of the message, this high ranking angel (cf. Daniel 8:16; 9:21), who normally stood in the very presence of God, was sent to Mary to deliver the word.

Finally, as we have seen, angels are constantly ministering around the throne of God in worship. Worship is plainly one of their chief functions (Isa. 6:3; Rev. 4:6–9; 5:9–14).

How Will We Relate to the Angels in Heaven?

Scripture indicates that in heaven we will join the angels in worshiping God around his throne. Revelation 4:4 describes the very first scene John witnessed in his vision of heaven: “Around the throne were twenty-four thrones, and seated on the thrones were twenty-four elders, clothed in white garments, with golden crowns on their heads.” Those elders represent the church. The fact that permanent seats are there for them indicates that the redeemed people of God will perpetually be worshiping there alongside the angels.

John goes on to describe the incredible creatures who worship nonstop around God’s throne, and adds this in verse 4: “Day and night they never cease to say, ‘Holy, holy, holy, is the Lord God Almighty, who was and is and is to come!’” Never tiring of their ministry, they offer the purest, most perfect worship around the clock, exactly as Isaiah described it in his vision (cf. Isa. 6:3): And whenever the living creatures give glory and honor and thanks to him who is seated on the throne, who lives forever and ever, the twenty-four elders fall down before him who is seated on the throne and worship him who lives forever and ever. They cast their crowns before the throne, saying,

“Worthy are you, our Lord and God, to receive glory and honor and power, for you created all things, and by your will they existed and were created.” (Rev. 4:9–11)

Revelation 5:8–12 portrays a similar scene, with multiplied thousands of voices singing of the worthiness of God and the Lamb.

Instantly, when we hear that sound, all earth’s troubles will recede into utter insignificance. All our labors will be over, all our tears will be dried, and there will be nothing left but the sheer bliss of heaven and our perfect enjoyment of God—forever.

This article is adapted from The Glory of Heaven: The Truth about Heaven, Angels, and Eternal Life by John MacArthur.

Should angels be worshiped? Into what do angels long to look? What about guardian angels?

For the Christian, the Best Is Yet to Be

“The best is yet to be,” indeed, as the Christian poet Robert Browning wrote. God has a project. He is restoring his defaced images to the likeness of Christ.