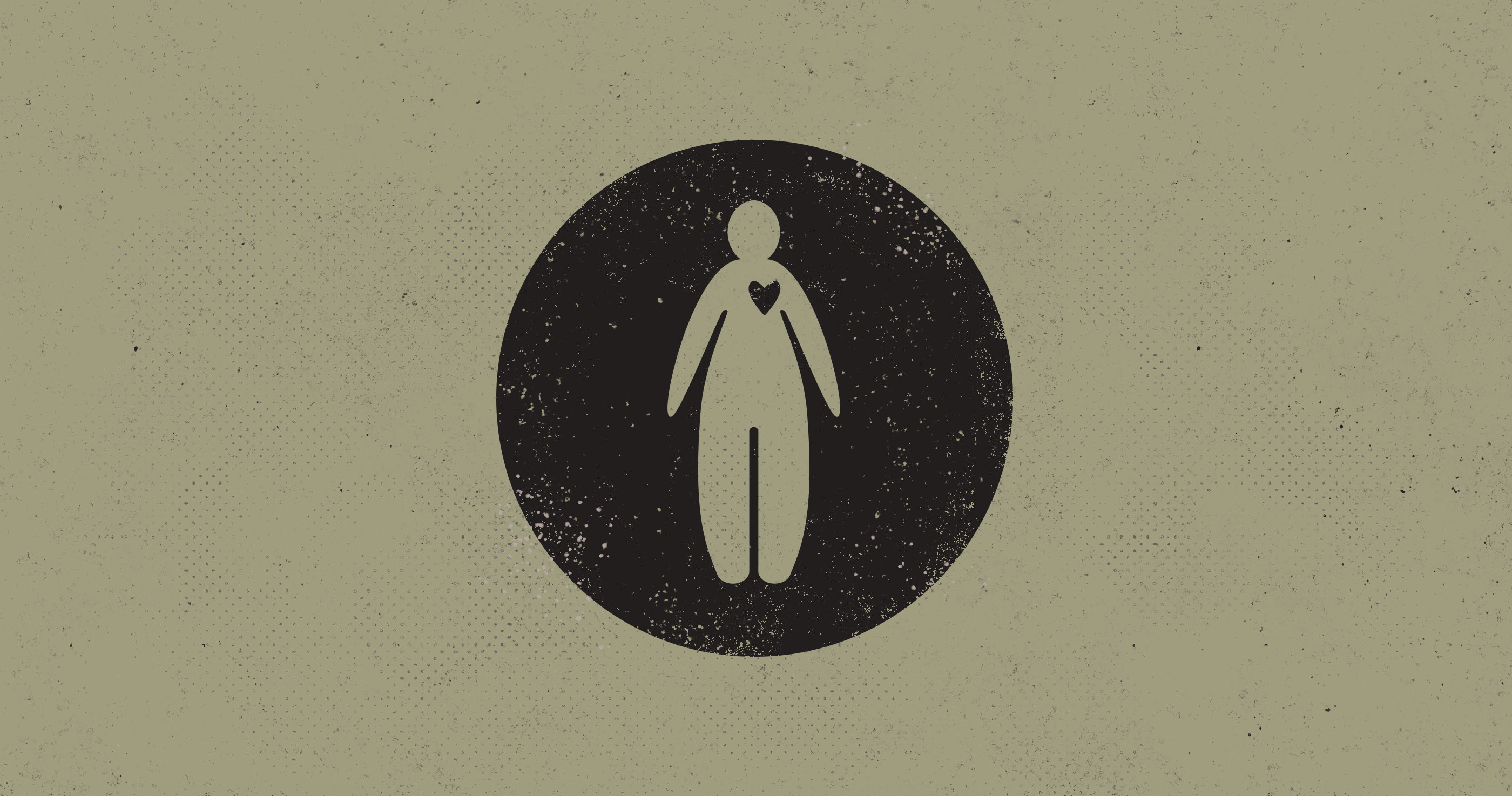 Myth #1: Marriage, as we know it in this age, is the final destiny of any human.

My mother was killed in a bus collision near Bethlehem in Israel in 1974. She was fifty-six years old and had been married to my father for thirty-seven years. As the grief began to heal, God gave my father another wonderful wife. I rejoice in this. But it has caused me to take much more seriously the words of Jesus to the Sadducees concerning marriage in the resurrection. They told Jesus about a woman who was widowed seven times. “At the resurrection,” they asked, “whose wife will she be?” Jesus answered, “When the dead rise, they will neither marry nor be given in marriage; they will be like the angels in heaven” (Mark 12:25).

This is important to me because it means my father will not be a bigamist in the age to come. Why? Because in the resurrection, marriage as we know it will not exist. This has profound significance for singleness in this life. It means that if two wives will not be one too many, then no wives will not be one too few. If love in the age to come is transposed into a key above and beyond the melody of marriage in this life, then singleness here will prove to be no disadvantage in eternity.

In fact, there is some warrant for thinking that the kinds of self-denial involved in singleness could make one a candidate for greater capacities for love in the age to come. No one has left anything for the sake of the kingdom, says the Lord Jesus, who will not receive back far more (Matthew 19:27–30). Many unmarried people have strengthened their hands with this truth. For example, Trevor Douglas, a single missionary with Regions Beyond Missionary Union, working in the Philippines among the Ifugao people, wrote in 1988:

In the end, however, Christians know that Jesus will more than make up for every cost incurred by being a single male missionary. As I have applied his promises in Matthew 19:27–30 to myself, I see a tremendous exchange taking place in eternity. The social cost of not fitting in a couple’s world will be exchanged for socializing with Jesus around his throne. I’ll trade the emotional cost of loneliness and the family hurt for companionship with new fathers, mothers, and families. I’ll exchange the physical cost for spiritual children. And when I’m snubbed, I love to think of eternity and the privilege of going from the last of the gospel preachers to the head of the line. The rewards are worth everything.1

The rise of evangelical feminism challenges traditional Christian beliefs related to gender roles in society, the home, and the church. This comprehensive defense of complementarianism contributes to the debate with systematic argumentation and exegetical analysis.

Myth #2: Because he was unmarried, Jesus was not fully human.

In 1987, I wrote an editorial for the Minneapolis Star-Tribune during a volatile controversy over advertising condoms on television.2 The concern of the networks was to help curb the spread of AIDS. My basic point was: “In the act of endorsing protection from disease, the ads also endorse its cause, namely, sexual promiscuity.” I said that the claim that condoms make for “safe” sex betrayed an incredible naiveté about human nature. My argument went like this: “Personhood is deeper and more significant than what is physical. Only a superficial view of personhood says we will be ‘safe’ if we can avoid a disease while pursuing acts that Western civilization has overwhelmingly called immoral and that the Bible indicts as dishonoring to our creator. . . . Not only the Biblical teaching but also the testimony of human conscience in varied cultures around the world have said for centuries that extramarital sex and homosexual activity are destructive to personhood, to relationships and to the honor of God, who made our sexuality to deepen and gladden the union of man and woman in marriage.”

You can imagine that this did not go unchallenged. I got a letter from one young man who spoke for a certain group of single people when he said, “My girlfriend and I have lots of good sex together. We think your ideas are repressive leftovers from the Victorian era that make people neurotic and miserable. We think our sexuality is part of our personhood, and not to enjoy it is to be incomplete people. We have no intention of getting married to meet the expectations of any puritans. And we think a life of slavery to virginity would mean being only half human.”3

When I wrote back to this man, the centerpiece of my response was this: The most fully human person who has ever lived, or ever will live, is Jesus Christ, and he never once had sexual intercourse.

This can be powerfully liberating to single people who may think at times, “This one thing I will never have, sexual relations, and in not having it I will not be all I was meant to be.” To this thought Jesus, the virgin, says, “A student is not above his teacher, but everyone who is fully trained will be like [his] teacher” (Luke 6:40). We will always have mountains of truly human Christlikeness yet to climb, but sexual intercourse is not one of them. For he never knew it. And he is infinitely whole.

Myth #3: Celibacy is a disadvantage.

Paul said that he wished everyone could know the freedom for ministry that he enjoyed as a single person (1 Corinthians 7:7). He went on to explain,

Many single people give thanks for this truth in their own lives. It seems to come out most often in a cherished freedom for flexible scheduling and for risk-taking. As a single missionary in Kenya, Rhena Taylor wrote: Being single has meant that I am free to take risks that I might not take were I a mother of a family dependent on me. Being single has given me freedom to move around the world without having to pack up a household first. And this freedom has brought to me moments that I would not trade for anything else this side of eternity.4

Myth #4: Singleness is not good.

Single people do not always discover singleness as a gift at the beginning of their journey. Ada Lum admits that it was a process for her to come to this place:

For a long time I did not consider that my single status was a gift from the Lord. I did not resent it—to be frank, in my earlier idealistic period I thought that because I had chosen singleness I was doing God a favor! But in later years I was severely tested again and again on that choice. Then, through Paul’s words and life and my subsequent experiences, it gently dawned on me that God had given me a superb gift!5

In the resurrection, marriage as we know it will not exist. This has profound significance for singleness in this life.

But single people are not generally treated as the bearers of a superb and special gift from God. They are sometimes treated as abnormal in the church. Perhaps the only text people can think of is Genesis 2:18, “It is not good for the man to be alone.” Conclusion: singleness is not good. Trevor Douglas candidly describes the cost of being a single man in this kind of atmosphere:

Jesus admitted that singleness is costly, so much so that not everyone can endure it. The obvious cost is the attitude that single men might be gay, or at least slightly strange, and perhaps anti-female. Our North American society is structured definitely for couples. Not so the tribe of Ayangan Ifugaos among whom I work. Although 99 percent of the men are married, they don’t look at the one percent as weird. The social cost only hits me when I return home—in the churches, among Christians, who, of all people, should know better.6

Well, is it good or not good to be alone? If it is not good—not God’s will—how can it be called a “gift from God”? How could Jesus, who never sinned, have chosen it for Himself? How could Paul say it was a great asset for ministry? Two answers: First, Genesis 2:18 was a statement about man before the fall. Perhaps, if there had been no fall, there would have been no singleness.7 Everyone would have had a perfectly compatible personality type for someone; people and situations would have matched up perfectly; no sin would have made us blind or gullible or hasty; and no Great Commission—no lostness, no famine, no sickness, no misery—would call for extraordinary measures of sacrifice in marriage and singleness. But that is not our world. So sometimes—many times—it is good for a person to be alone.

But second, almost no one has to be really alone. That’s the point of the next thesis. But let me include here another insight from another single person who read this foreword:

I believe that Genesis 2:18 extends beyond the principle of marriage. As a general rule, it is definitely not good for man (or woman) to be alone. God created us to function within relationships. Most of the time, it will not be necessary for the single person to be alone, even though the marriage relationship does not exist. Many married people are very much alone emotionally. Sometimes marriage keeps one from being alone, but not always.

Myth #5: Mature manhood and womanhood are dependent on being married.

But it is clear that the form that a man’s leadership, provision, and protection take varies with the kind of relationship a man has with a woman—from the most intimate relationship of marriage to the most casual relationship with a stranger on the street. And the form that a woman’s affirmation of that leadership takes will also vary according to the relationship. Mature femininity does not express itself in the same way toward every man. A mature woman who is not married, for example, does not welcome the same kind of strength and leadership from other men that she would welcome from her husband. But she will affirm the strength and leadership of men in some form in all her relationships with worthy men. The point here is simply to stress that for single people sexual personhood counts. It does not first emerge in marriage. No one is ready for marriage who has not discovered in practical ways how to live out his mature masculinity or her mature femininity.

This article is adapted from Recovering Biblical Manhood and Womanhood: A Response to Evangelical Feminism edited by John Piper and Wayne Grudem.