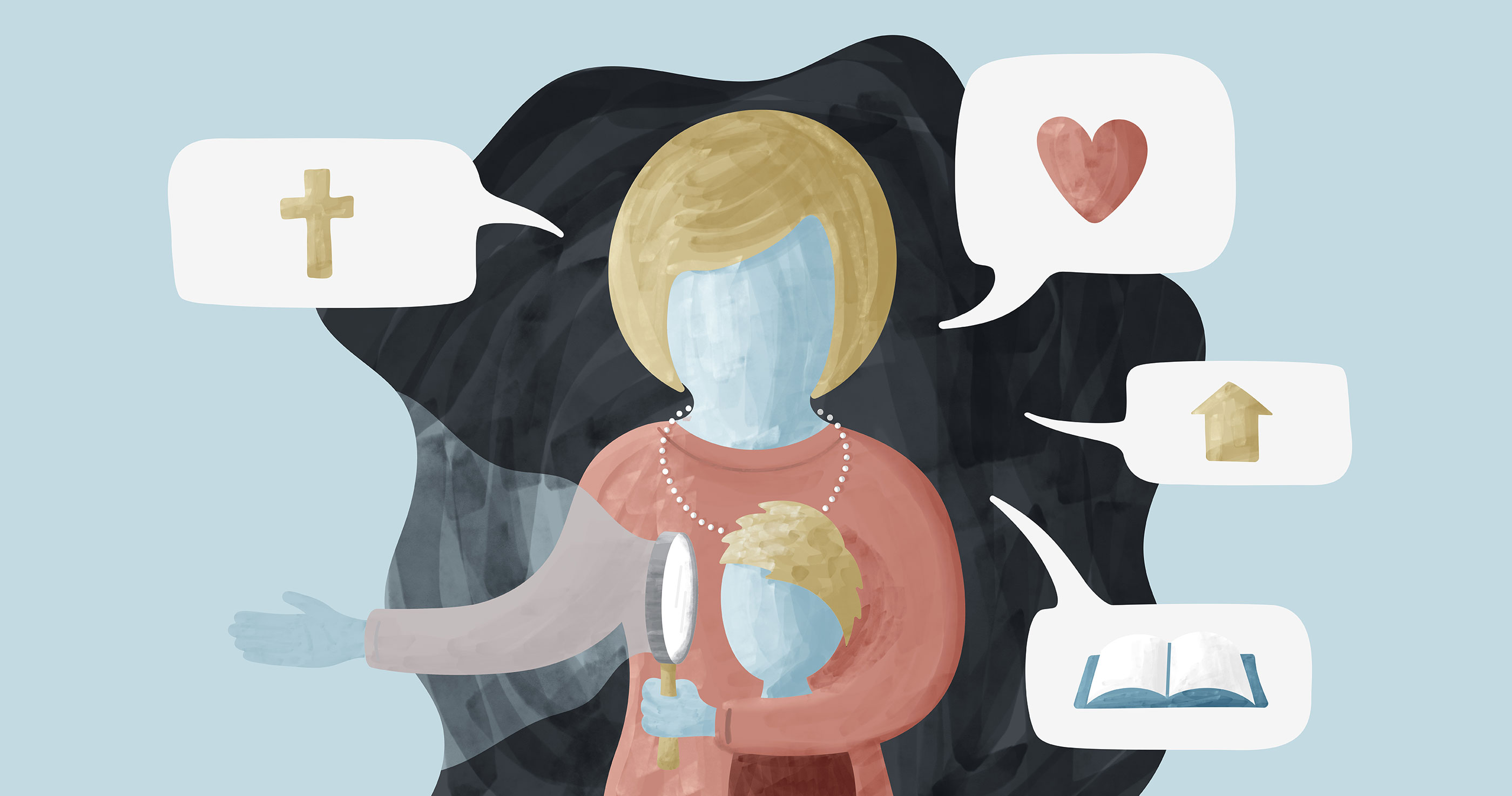 Your Kids Mature through Conversations

In a perfect universe, God’s conversations with Adam and Eve were necessary so that humanity could find their place in his world. After sin ruined everything, such conversations remain foundational. Sin, however, complicates matters. We don’t always communicate well with our children, and our children are not always prepared to embrace the process that God designed to serve them best.

One afternoon my elementary-aged son, without a moment’s hesitation, shot back at me, “I’m already doing that.” I had just tried to offer him a better way to respond to his brother, but he wasn’t having it. His response to me came after a weekend of verbal tennis: every time I tried to tell him something about life, he immediately volleyed the ball back with a reason for why he didn’t need to hear what I was saying.

So I said, “Wait a minute. Just now there was a conversation that took place inside your head that went something like this: ‘Wow! My dad just interrupted what he was doing to speak into my life because he thought there was something I needed to hear, and I am so excited to hear it that I’m going to put all other thoughts out of my head so that I can concentrate on his words. Even if there’s only 5 percent of what he says that I don’t know, I want to drink it in.’ That’s what you were thinking just now, right?” “No,” he frowned as he sensed where this was going.

Switching subjects abruptly I asked him, “How long do kittens stay with their moms?”

He shrugged and said, “I don’t know, two to three months?”

“Close enough,” I thought, so I said, “Okay, but you’re here with me and Mom a whole lot longer. Why is that?”

He looked down at the floor and said softly, “Because God thinks I have things to learn.”

I nodded my agreement and added, “But you don’t want to be here. You’re interacting with us assuming you have nothing to learn from us. Each time you do that, you’re telling me, ‘Dad, I really shouldn’t be here right now. I should be out on my own.’ You’ve forgotten why you’re here.”

They Need Your Help to Grow

Even when he forgets, I have to remember. By God’s intent, we enter life knowing nothing, then are slowly brought to understand our world and our place within it through the very ordinary medium of people talking to us. With their help, over time, we mature into contributing, responsible members of society who in turn can support and nurture others. Oddly enough God entrusts our development to people who once were more ignorant than they are now, which in my son’s case means me for the foreseeable future.

That process is so commonplace that it is often used to drive the narrative arc of popular literature. A novice—the children of Narnia, the Hobbits of Middle Earth, Harry Potter, Bella the vampire—is plunged into a world that is so unfamiliar that she finds herself floundering in it, not knowing how to respond. Dangers lurk, and her future happiness hangs in the balance with each decision. Then slowly she learns how to navigate and master her new experience because other people talk to her.

They tell her stories that give the world depth and feeling. They instruct her. They correct her. They give her new lenses through which she can see the world and herself more clearly while catching a glimpse of what she and the future might be. She grows impassioned and tries living out what she’s been taught. She grows up into more than she ever hoped she could be, all through the ordinariness of talk.

Such coming-of-age stories touch us in part by drawing on the way God has structured his world. We see ourselves in them. We develop our understandings of the world and our place in it by learning from those who already know its ins and outs. At birth we are all novices encountering an alien world that we learn piecemeal, one conversation at a time.

We Never Outgrow Our Need for Transformational Conversations

The book of Proverbs is dedicated to this notion that living well within God’s world requires conversation. It takes the form of a father personally addressing his son, passionately pleading with him to gain wisdom and understanding (Prov. 1:8–9). If the son listens, then the father promises that he will escape being a fool and won’t ruin his life (Prov. 1:32–33). That transformation from fool to wise man takes place as one person talks to another about who God is and how he affects all of life.

As you read, however, you realize this isn’t simply a book for children, despite addressing “my son” multiple times, because a wise person develops a taste for transforming conversations that continue his entire lifetime. He surrounds himself with a steady rhythmic beat of God-oriented conversations. He welcomes people who will talk to him about himself and about his life and how every part of life relates to God (e.g., Prov. 1:5; 12:5; 15:22).

More than that, he commits himself not simply to hearing from others, but to joining the discussion, speaking to others who want to hear so that their lives will be enriched (e.g., Prov. 12:18; 15:7; 16:23). The book of Proverbs pictures the person who grows wise as someone who swims in a sea of words without drowning.

Even after Jesus pours out his Holy Spirit on his people, he remains committed to maturing his people, in part, through their conversations with each other

If you reflect just a little on Jesus’s life, you realize it’s hardly surprising that the church is to have continuous conversations. After all, he talked constantly. He did many good works, but much of his life was devoted to speaking—formal teaching, small group discussions, one-on-one conversations, or just talking with his friends. He was not a man of few words.

And since he unites you to himself and pours his Spirit into you, it only makes sense that you will learn to speak like he does. He makes godly conversations possible, and he expects you to give yourself to them because the people around you—your children—need them.

In other words, the dynamic set in motion by hearing and then responding to the message of the cross preached is still in motion. We enter into God’s family through words, and we grow up in his family through words. We come to understand him, ourselves, others, and our world—and how we fit with him and with others in his world—all through tirelessly conversing with each other.

This article is adapted from Parenting with Words of Grace: Building Relationships with Your Children One Conversation at a Time by William P. Smith.

Having your family in a Christ-exalting, gospel-centered, Bible-teaching local church is crucial to Christian parenting—but it is not enough.